Holy Week 2018: Where to pray Stations of the Cross in Bicol

Mar 25, 2018 2:01 PM PHT
Mavic Conde
Facebook Twitter Copy URL
Copied
For those who are Bicol-bound this Holy Week, here are tourist destinations that also serve as venue for Stations of the Cross and other traditions

For many Catholic devotees, Holy Week is a family thing. From Visita Iglesia to Via Crucis to Easter Vigil – all these they do together. Many of them also spend it with relatives in their home provinces, such as Bicol.

For those who are Bicol-bound this Holy Week, here are tourist destinations that also serve as venue for Stations of the Cross and other traditions.

Shrine of Our Lady of the Most Holy Rosary, Mother of Peace, Caramoan

The 26-foot image of Our Lady of the Most Holy Rosary towers above Mount Caglago in Caramoan, Camarines Sur. This Marian image, which is the biggest in the Philippines, draws pilgrims and tourists to Mount Caglago. In 2000, it was declared as one of the pilgrimage sites in Archdiocese of Caceres.

Since 2008, it has been holding the Via Crucis or the Stations of the Cross, during which Catholics pray before stations or images depicting the passion and death of Jesus Christ. It can be done individually, with family or through a procession. 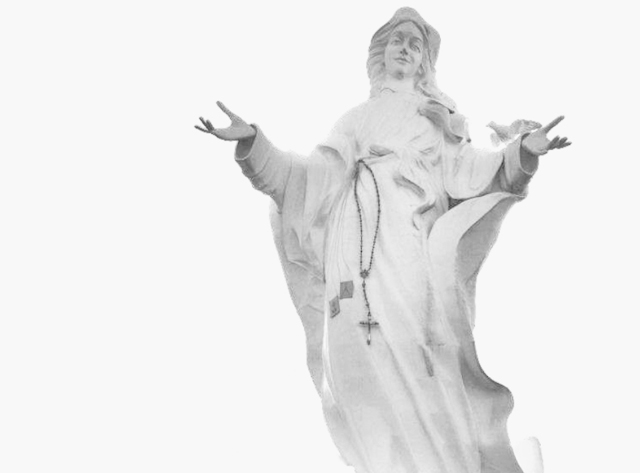 Life-sized sculptures depicting the Stations of the Cross adorn this hill, starting from the foot with the Last Supper to the slopes up to the top. It is also an ecotourism site with sunflower plants and greeneries at the top.

Kawa is the Bikol word for wok, which resembles the shape of the hill due to the recessed area on the hill’s plateau. Thus, the name kawa-kawa (like a wok). 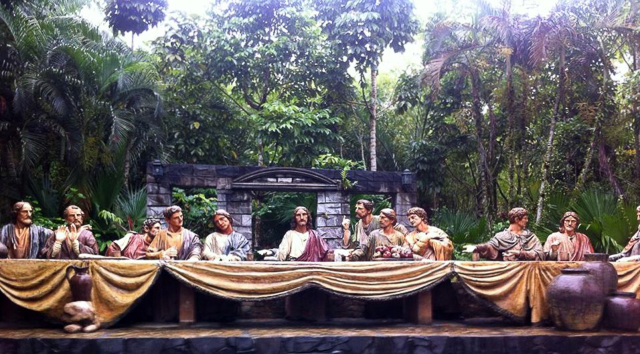 How to get there: Ride a Ligao-bound jeepney at Legazpi terminal. Ride a tricycle to the park from Ligao city proper.

Every Good Friday, at 5 am (or earlier), Catholic devotees gather at the meeting point to Mayon Skyline for the Stations of the Cross. It could take three hours or more to complete the religious activity and reach the park, located on Mayon Volcano’s northern slope, halfway up the summit. Yes, it is within the 6-kilometer danger zone. 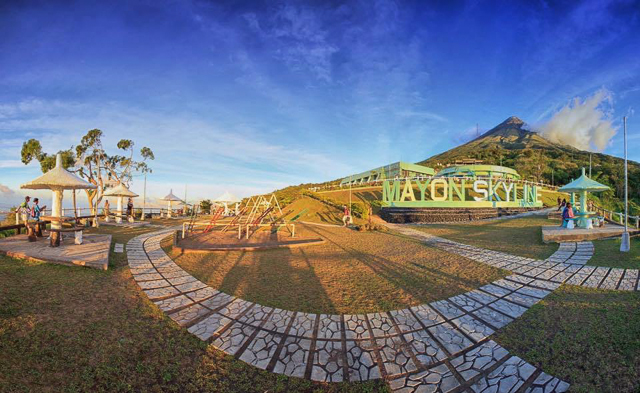 How to get there: Ride a Ligao-bound jeepney at Tabaco terminal. Alight at Mayon Entrance on the junction in barangay Buang and the trail’s beginning. Better yet, rent a vehicle (habal-habal, tricycle, etc.) a day before to take you there early in the morning. Tell the driver to drop you at the first station. Note that there is no public transport going to this route.

Drop by at this 400-year-old Church at Vinzons, Camarines Norte for the traditional Stations of the Cross. This refurbished Spanish-era church had its original look retained – from the retablo to the choir loft to the communion rail to the floor tiles, doors and stained glass windows. The paintings depicting the life of Saint Peter by multi-awarded local painter Hermes Alegre are an addition. After having been destroyed many times by calamities and fire, only the coral walls, rafter, and roofing are in their original form, with everything redone exactly how they looked before. Visit either before or after your Calaguas tour. 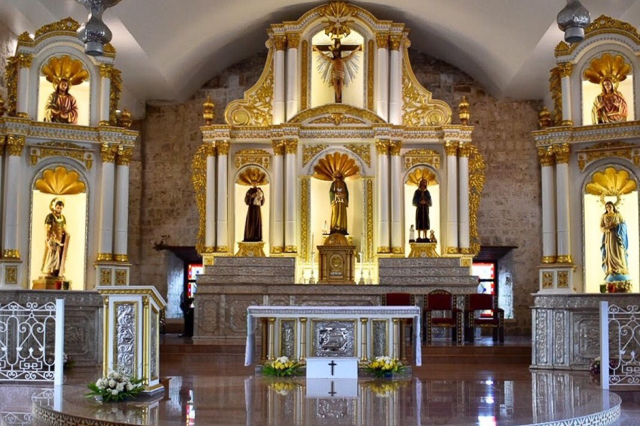 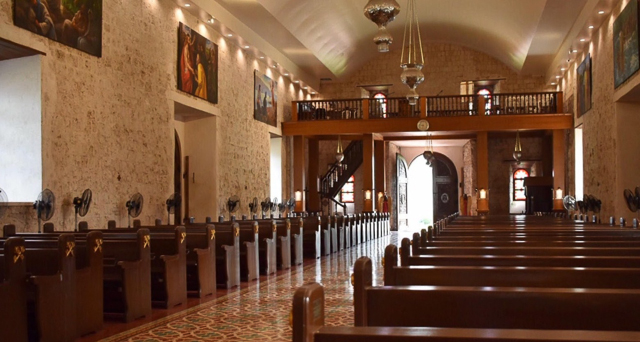 To get there: From Daet, ride a tricycle to Central Plaza Terminal (P8 fare). Look for Vinzons-bound jeepney. Fare is less than P20. Travel time is 20-30 minutes.

Little Baguio is a borrowed concept of Baguio City’s The Lourdes Grotto. So it has the same grotto image atop the hill, which can be reached in 17 steps. Stations of the Cross lined the ascending steps. It also hosts an ossuary. The peak has a view of Irosin and Mt. Bulusan. 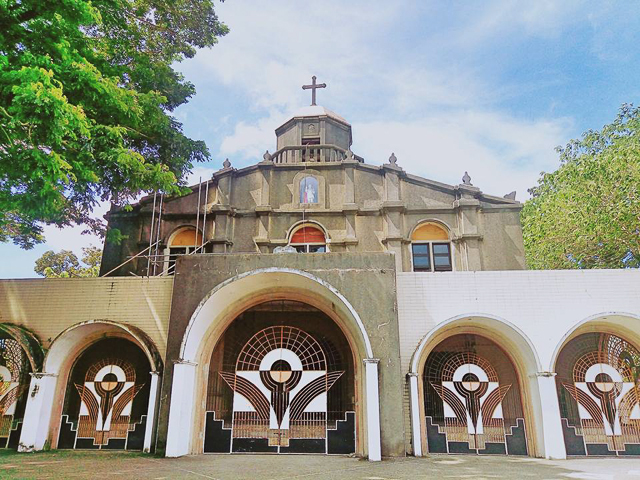 How to get there: Look for the Municipal Hall. The road in front of it leads to the hill where the church of Saint Michael the Archangel is built. Beside this church is the Little Baguio.

Observed every Holy Wednesday and Good Friday, the Procession of Faith is a parade of life-sized paso (statues of the characters and scenes on Passion of Christ) depicting the characters in the Passion of Christ. The traditionalist devotees join the procession and follow their patron saints. Some choose to just watch the procession as the pasos make a spectacle with their colorful clothes and carousels. 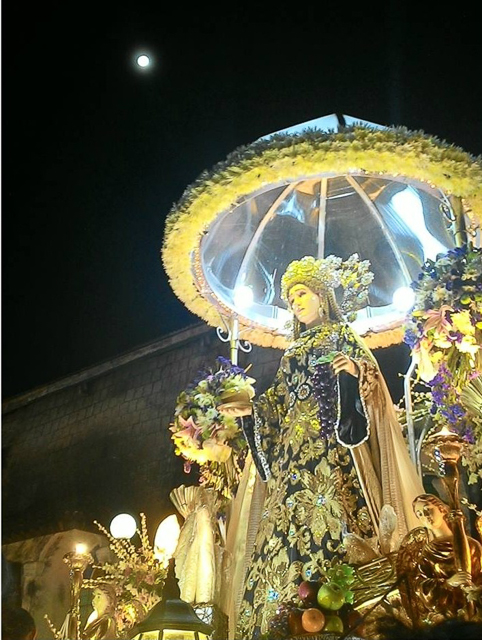 Location: Albay Parishes (e.g. Legazpi Parish, Tabaco Parish, and Tiwi Parish) and other parishes all over the country.

Here are 7 churches in Naga City for Visita Iglesia.

Metropolitan Cathedral of Saint John the Evangelist or Naga Cathedral is where the image of The Our Lady of Peñafrancia is transferred from her home church during Traslacion, which opens the Peñafrancia Festival every September. Elias AngelesAvenue

San Francisco Church is the oldest church in the region, reconstructed after it was nearly destroyed in World War II. This is where the historical surrender of the Spanish rule in the province on September 17, 1898, happened. Peñafrancia Avenue 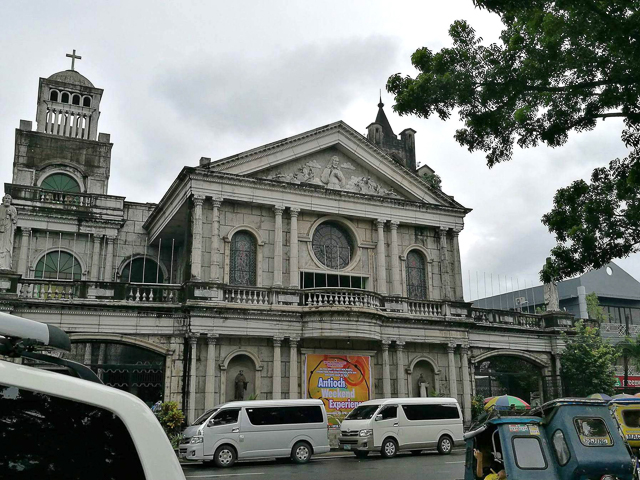 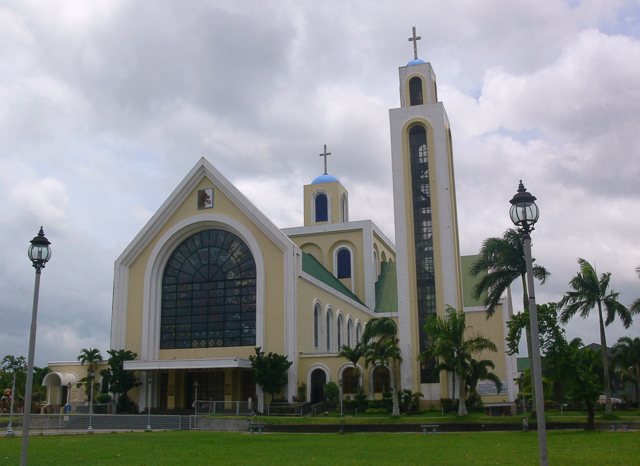 Our Lady of Peñafrancia Shrine is the former home of Ina, and serves as the starting point for Traslacion. Peñafrancia Ave.

Our Lady of Concepcion Church is located in the city rotonda, where commuters converge to go to the city proper. Pequeña Naga

Saint Jude Thaddeus is a modern church in Saint Jude Village, Concepcion Grande. It will be the venue for Suscipe: Sarong Pagdusay, a prayer concert with Ateneo de Naga University Choir on Holy Monday.

This cave in Mandaon, Masbate attracts tourists for its view from the top. At 177-meter high above sea level, one can see the refreshing greeneries of the area. Mystical stories have it that faith healers visit it on Good Friday for the renewal of their healing powers. Hire a guide to the peak and into its many chambers. Rent caving gears too for your safety when climbing to the rocky peak.

Ride a van to Mandaon from Masbate fish port. Alight at the stop to Bat-ongan Cave.

Rent habal-habal to the cave. – Rappler.com