MANILA, Philippines – South Korea had 80,000 inbound tourists in March this year, roughly the same average number of tourists the country had before it opened to the rest of the world more than 3 decades ago.

If you were among those who flew to South Korea winter, spring, summer, and fall before the coronavirus pandemic, this is hard to believe especially because for the same period last year, South Korea had 1.53 million foreign tourists.

These figures were shared in a recent webinar by South Korean tourism expert, Wangoo Lee, who is also a senior lecturer at the University of the Philippines- Diliman, Asian Institute of Tourism.

While the numbers look grim, Lee shared with us how the South Korean government is working to revive its tourism industry, cognizant that it’s the most impacted by COVID-19, ultimately harming the national economy as well.

What we learned from Lee is domestic tourism will play an important role in South Korea’s “new normal” tourism.

Serious and focused planning, as well as imagination and innovation, are important to make it successful – of course, with tremendous support from South Korea’s national and regional governments. “The question is, in this eased situation, can we actually expect any tourism activity? Can we find tourism with eased social distancing? The brief answer is ‘yes’ but it’s going to be in domestic tourism and in a very limited way, very careful way,” said Lee at the webinar entitled “Tourism in Korea during Eased Social Distancing.”

The May 22 online forum was organized by the UP Korea Research Center.

Lee, who is currently in Seoul City, his hometown, said that despite the uncertainties of the future – especially since no one knows when the pandemic will end – Korean scholars and tourism experts agree that domestic tourism would thrive and recover faster than international tourism because locals perceive it to be relatively safer.

Lee, who is enamored with the Philippines as much as Filipinos are charmed by South Korea (he misses his favorite adobo pasta), said that the Philippines could also “sustainably develop new destinations” in the country.

Koreans, Lee said, have actually visited only 60% of their country’s region. With this, experts believe that there’s “great opportunity” to develop regional tourism.

He said that local governments in Korea work closely with researchers, professors, and the private sector in developing local tourism products and destinations, caring about the well-being of residents and cultural, historical, and environmental values for sustainability.

Tourists will want to go to less crowded destinations such that nature tourism is fast becoming another alternative for locals.

Mountains, riversides, camping sites, beaches, and natural parks are becoming favorite destinations among locals. Hiking has always been popular among Koreans but demand for it has even “skyrocketed,” Lee said. Lee also predicted that “small form tourism” and solo tourism will become the new standard in package tours. When Koreans liked to go around in large groups, they would now travel in smaller groups, with family members and close friends.

He added that with people becoming more experienced and familiar with doing things online now, augmented reality and virtual reality technology can provide alternative forms of tourism, albeit it could lead to people losing their jobs to machines.

In fact, even K-pop, which is increasingly becoming global, can be transformed into digital or smart tourism, Lee said.

“K-pop is all about the media and all about visuals and audios and there are parts that do not need direct contact, that [fans] can just watch or experience [on] screen,” Lee said.

He also said bars and clubs were another alternative form of recreation for locals because South Korea was never under lockdown and government has even eased social distancing rules.

But that was until in early May when a 29-year-old man tested positive for the COVID-19 after club-hopping. The spike in new cases from the nightlife cluster upset South Korea’s initial success in nearly controlling the virus transmission.

“This proves how difficult it is for tourism and relevant industries to go back to normal or to go to the new normal, as well. So I think it is a good lesson that even though COVID-19 is in a decreasing phase, going back to normal should be carefully decided by evaluating all the stuff objectively, comprehensively and scientifically,” Lee said.

Lee said that the South Korean government is funding several programs to resuscitate the country’s tourism industry. It involves quite a substantial amount of money and flexibility in interest and payment programs for both employees and small and medium-sized companies.

But Lee said “the Korean government concluded that it is better than [having] too many companies closing down due to lack of revenue.”

Seoul City, the most popular and developed travel destination in Korea, has launched its own 3-stage Seoul Tourism Re-activation plan to recover from the impact of the pandemic, Lee said.

Part of it is helping tourism businesses, advertising that it is safe in Seoul, and equally important, diversifying its tourism market segments.

“Unlike before Seoul happily depended on the Chinese market, the new Seoul tourism would be not only from Chinese but also from other nationalities and local Koreans,” Lee said.

While international travel remains risky and restricted, some still wonder if it’s possible to visit South Korea later this year.

“The answer is, ‘I don’t know’,” Lee said, noting that the government has yet to announce when it would be accepting tourists anew. Right now, anyone coming into South Korea undergoes a 2-week quarantine period in a government facility. They will have to shoulder the costs.

Asked by Rappler if Myeongdong and Hongdae, popular among Filipinos, would change in the new normal tourism, Lee said that these areas “will be fairly the same.” “One of the significant changes might be it will be harder to find local people in the most popular tourist spots. I am not saying the whole areas of Myeongdong and Hongdae but the main streets where most tourists usually visit. It might occur from health-related concerns and also, unfortunately, from discrimination. Even though many international tourists seek authentic experiences by interacting with the locals, it’ll be harder to do so after the pandemic,” Lee said in an email.

Nami Island, another popular destination among Filipinos, “might control” the number of visitors, though it is also unlikely because it is owned by private interests, Lee said. 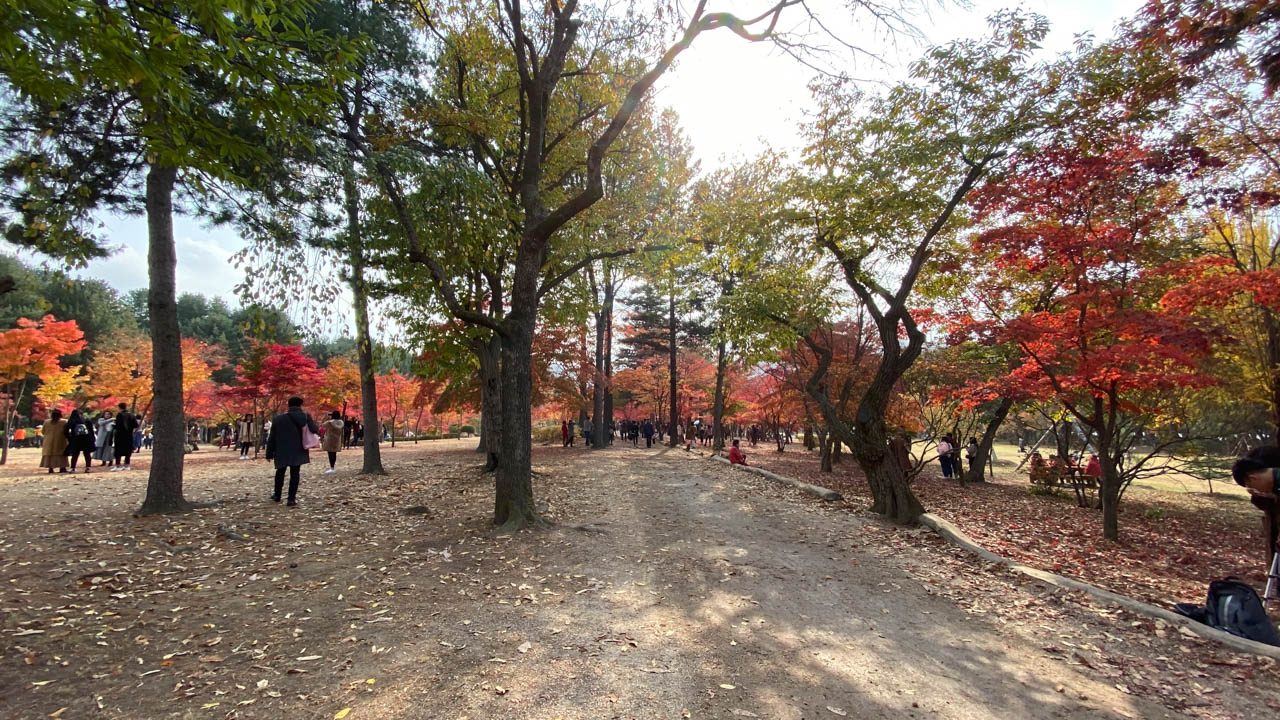 “Also, since the island is an outdoor space, it will be less impacted by governmental enforcement regarding the business restriction. On the other hand, nature destinations like Jeju or national parks may consider tourism carrying capacity strategies, such as restraining the number of visitors in a day or increasing the entrance fee,” Lee said.

Lee said that it is the nature of tourists themselves that will breathe life back into the tourism industry.

“I believe people will perceive safety as an important factor but not for too long. Maybe for a few years, maybe for a decade. But tourists have a fundamental desire to take risks, to pursue something novel, something thrilling,” Lee said. – Rappler.com