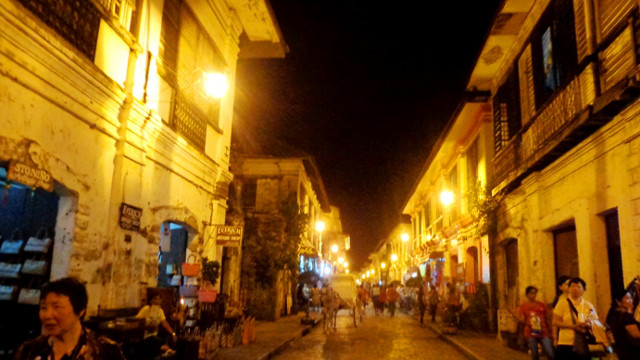 MANILA, Philippines – The Philippines’ own historical city up North, Vigan, has made it to the finals of the New7Wonders Cities campaign.

Vigan will be vying for one of the 7 slots against:

The global election which will determine the New7Wonders will end on December 7, 2014 and will go through 3 elimination phases. The foundation’s president, Bernard Weber, praised the panel’s choices for the finalists, adding that the list is “particularly exciting in its variety.”

Weber says honoring various cities all over the world will create a “global memory” and is rather timely as — for the first time in history — more than half of the planet’s population dwell in cities.

“Going forward, the New7Wonders Cities campaign will encourage debate about how cities should respond to the challenges of the present and the future. By voting in this worldwide campaign, people everywhere can decide the 7 cities that best represent the achievements and aspirations of our global urban civilization,” said Weber in an official release from New7Wonders.

In early October, the New7Wonders Foundation released a shortlist of 77 qualifying cities. This list included two more cities in the Philippines: Cebu and Iloilo. However, it was only Vigan who made it to the finals.

To vote for your favorite cities, click here. – Rappler.com