Jun 14, 2014 1:30 PM PHT
Zak Yuson
Facebook Twitter Copy URL
Copied
Get off the beaten track in Yogyakarta to experience what the city really has to offer

YOGYAKARTA, Indonesia – The sun beats down hard upon the gray volcanic stone of Borobudur. Flocks of young high school students climb up its steps, eager to get to the top for a photo, a seemingly oblivious to the history and magnitude of this ancient temple. But this is Yogyakarta – where the tension between the old and the new is fueling a different kind of cultural revolution. 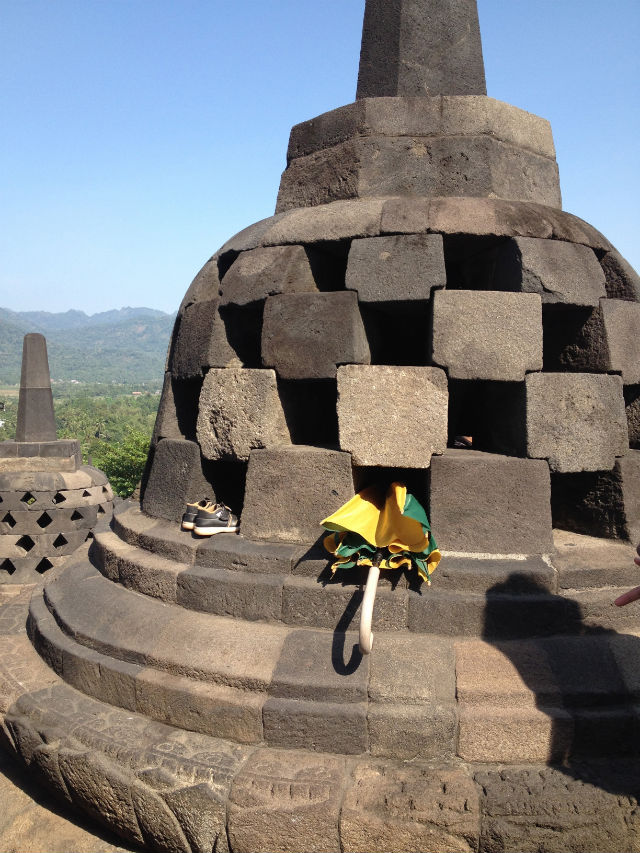 The  Taman Sari water palace is worth a side trip, if only to learn about the former Sultans’ idea of spotting a pretty lady in a crowd. It turns out bath time for the women of the harem was the best opportunity to be ‘spotted’ by a rather coy sultan, who would select that night’s companion from his ‘hidden’ perch overlooking the bathing area.

Beyond historical sites, Jogjakarta is also Indonesia’s education and cultural capital. The vibrant student population keeps the city abuzz, even late into the night, when the streets really come alive. After a visit to galleries like the Affandi Museum or to an art performance, you’ll see many locals grabbing a snack on the side of the road.

Even at midnight, eating a very oily nasi goreng sapi (beef fried rice) with egg and kerupuk (fish crackers) is perfectly acceptable. For more traditional fare, there is nasi gudeg – a dish made ​​of boiled young jackfruit in coconut milk and palm sugar and served with rice and a slice of spicy fried beef skin – a potential favorite for any sweet-loving Filipino spaghetti. 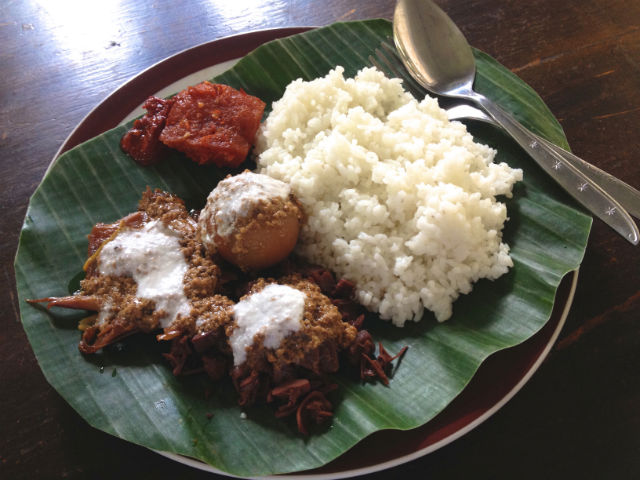 But, perhaps, Yogyakarta’s best kept secret are its residents, who are never hassled and always polite. Hospitality for them is not like a show to mount or a red carpet to lay out, as many Filipinos do. It is a natural extension of their laid-back and kind nature as a people.

Pepeng, 32, may just be the epitome of politeness. He bows and puts his palms together when he welcomes visitors to his small coffee shop, Coffee clinic, tucked away inside Sanata Dharma University’s Arrupe Haus. But when he starts talking about coffee, his face turns serious and his speech quickens.

“I want to teach coffee,” he says of his life passion. He is on a quest to promote fair trade coffee and liberate Indonesians from the over-sweet and over-roasted coffee sold all over the country. He adds that, though Indonesia is the third top producer of coffee, most of the good stuff goes to Australia, with little profit to the farmers. 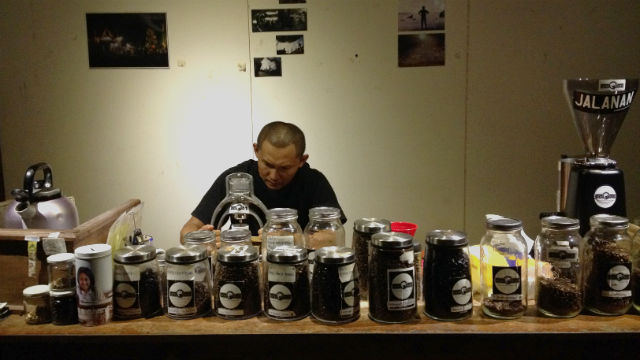 From Kopi Temaggung to Kopi Bajawa, Pepeng knows his beans. He even roasts them. “Roasting is like the soul,” he tells a captive audience of students and tourists. “You get different flavors from the same bean, depending on how you roast it.”

Pepeng always has a story to tell about coffee. But one thing you can not get from him is Kopi Luwak, or the famed and expensive civet cat coffee. “They keep the cats in cages and force feed them coffee cherries,” he says of the profiteers who exploit the otherwise wild animals. Besides, he says, “the taste is not great.”

In a back alley outside Taman Sari is a hardly noticeable t-shirt shop, Voice of Jogja, run by young artists. Their popular hand-printed designs merge pop-culture references and history. 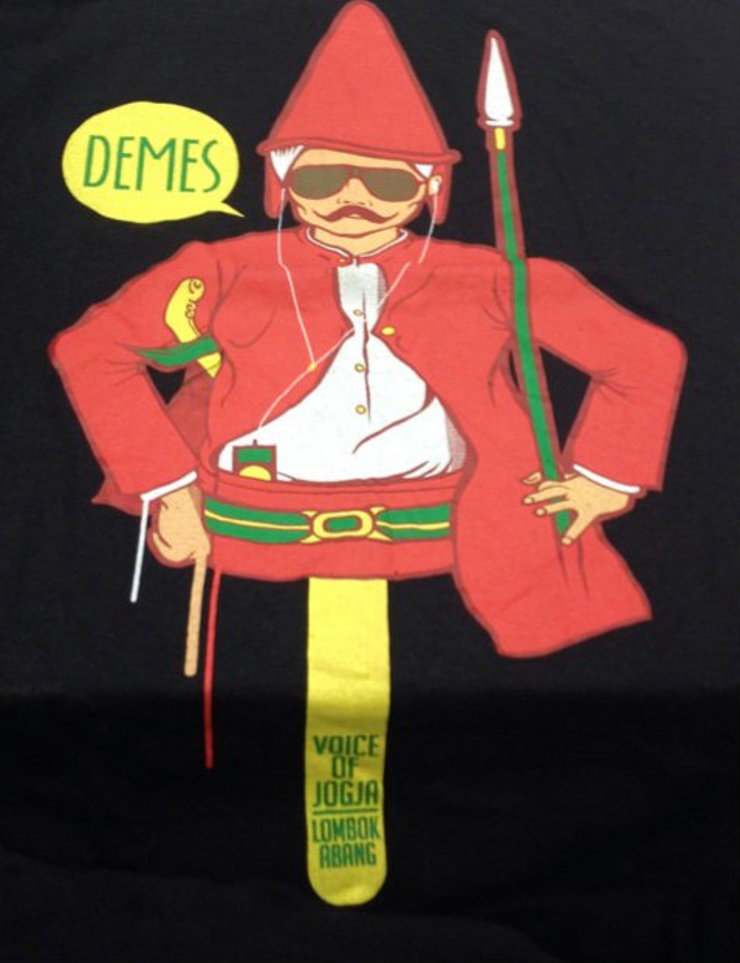 Ilham, a 21-year old student who works part time in the store, stands quietly in a corner as tourists look around. He speaks only when asked, but offers an insight into the minds of young Yogyakartans.

“Young people think that (our) culture is not cool anymore,” he says. “We want to tell a story about our culture with designs the youth will like.”

Stories with every cup of coffee, every t-shirt bought, and every person you meet. This is really what Yogyakarta has to offer.

At an old Dutch-colonial era theater with peeling paint and the smell of smoke all around, 27-year old Mohamad Syafe’i takes the microphone in his hands. He looks like a rockstar with his long hair and tight jeans. Instead, he belts out John Mayer’s hit songs, copying his voice with pinpoint accuracy.

It’s just one of the many idiosyncrasies of a fast growing nation that has one foot in the past but hopes to rapidly move forward. The experience is disorienting at first, but slowly sinks in until you forget yourself and just enjoy the music.

This is Yogyakarta, after all. – Rappler.com