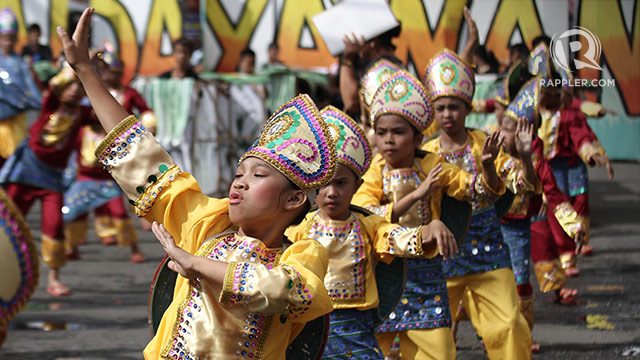 DAVAO CITY, Philippines – Dancers in colorful costumes, floats covered with vibrant flowers – this was the scene at Davao City over the weekend of August 16-27 for the 29th Kadayawan Festival.

View photos from the festival here:

Kadayawan Festival is an annual event in the city as a thanksgiving for the year’s bountiful harvest and a celebration for the continuing harmony in the very diverse community. Davao has been the home of various tribes of indigenous people, Moros and settlers.

Like the previous years, fruits, including durian, lanzones, mangosteen, rambutan and marang, were displayed along the sidewalks and were being sold at a price range of P20-P40 per kilo.

Loud drum beats could be heard in almost all corners of the major streets in downtown Davao as thousands of residents and tourists danced together.

Despite the security threat, earlier raised by the national government but was recanted later explaining that it was from a raw intelligence report, tourists continued to pour in, which the local government said is proof that the public trusts its efforts to maintain the peace and order situation in the city.

Davao City mayor Rodrigo Duterte commented that the celebration of Kadayawan is a reminder to the people to always work together for progress and to respect each other despite the diverse cultural backgrounds of their various tribes. – Rappler.com