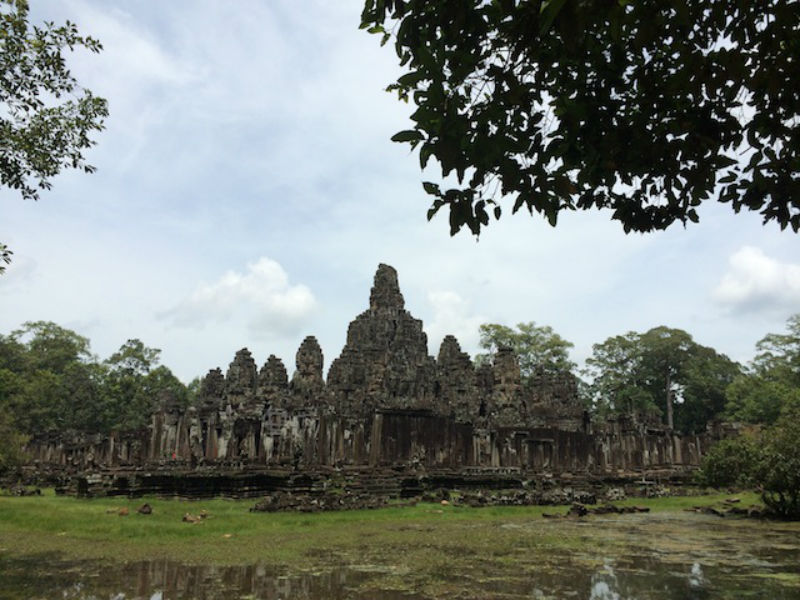 My first visit to Siem Reap, Cambodia a few years ago was not so memorable. Honestly, when my Mom recently told us we were going on a family trip to Cambodia, I declined. It was my brothers who convinced me with the promise of fun bonding moments that prompted me to go.
I’m so glad I did, because Siam Reap indeed deserves a second look.
On our first day, we decided to rent a car, and hire a driver and a guide. Mom wanted us to learn the rich history behind each temple. Best decision ever. The guide will take you everywhere and explain the haunting stories behind each artifact.
We listened carefully to the story of the leader Pol Pot and the faction known as the Khmer Rouge, which took control of Cambodia for a time, one of the country’s most violent and darkest ages. These things I didn’t hear about during my earlier visit, our guide told us everything we wanted to know and more.
Siem Reap – a beautiful and quiet location, is truly one of Asia’s gems. The town thrives from the influx of tourists. Hotel and resorts, in all their majestic glory, line the sandy streets, showcasing royal grand entrances and eloquent architecture.
Luckily, we now have straight flights from Manila to Siem Reap not like before, when we had to take connecting flights from either Vietnam or Bangkok. 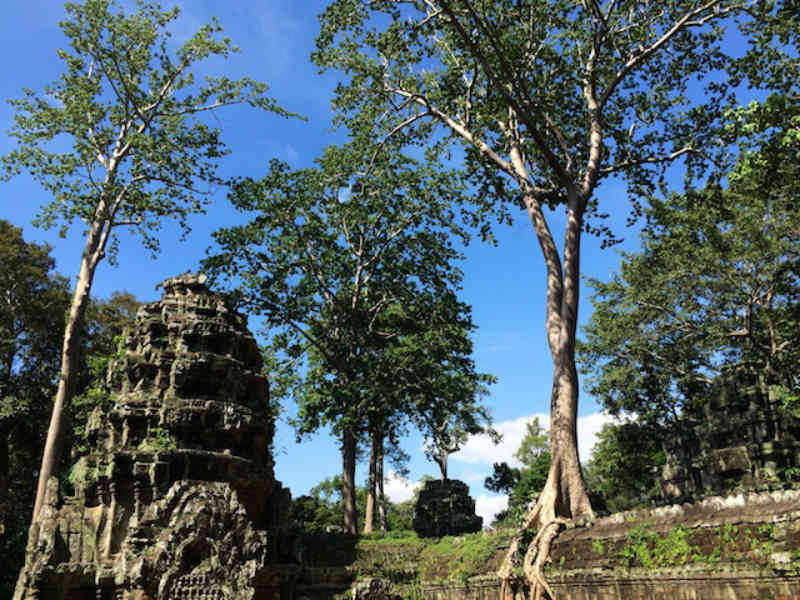 My first visit to Siem Reap was very short as we visited on a side trip from Vietnam. We only stayed two full nights. Everything was rushed – the trip to the temples, the meals that were part of the tour package and even the shopping, so it was either that everything went by too fast or nothing stood out.

After this family trip, I realized it was the former rather than the latter. We stayed for 5 whole nights this time.  I was able to really immerse myself and explore Siem Reap, its amazing Khmer culture and the soul behind the Temples.

We visited the famous Ta Prohm temple which used to be a monastery and university and later featured as the stunning backdrop of Angelina Jolie’s movie Lara Croft: Tomb Raider.

Then to the Angkor Wat, a UNESCO World Heritage site and one of the largest religious monuments in the world – it’s one of the sights a first-timer to Cambodia should never miss.

Grab a coconut and chill a bit under the shade and marvel at the temple’s reflection on the glassy surface of the lake. Breathe in years of history pulsating thru the walls and etched stone carvings. Each bas-relief frieze has its own story to tell.

Our nights were spent on Pub Street, a lively place for great food and drinks. We ate in incredible places that serve both traditional Khmer dishes and a quirky take on international cuisine. 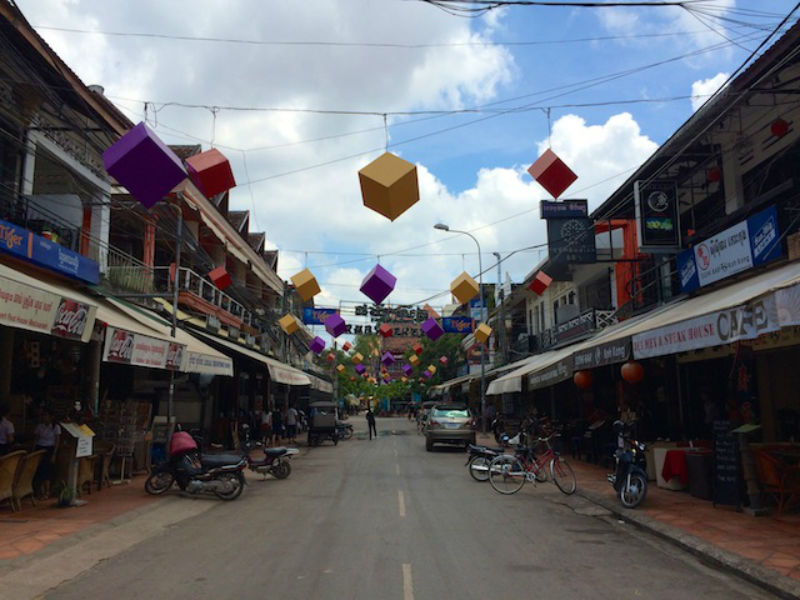 For snacks and drinks to cool off, try Blue Pumpkin. They serve fresh fruit shakes, milk shakes and even coconut juice.

My brothers tried their Ramen Burger and I tried the macarons. 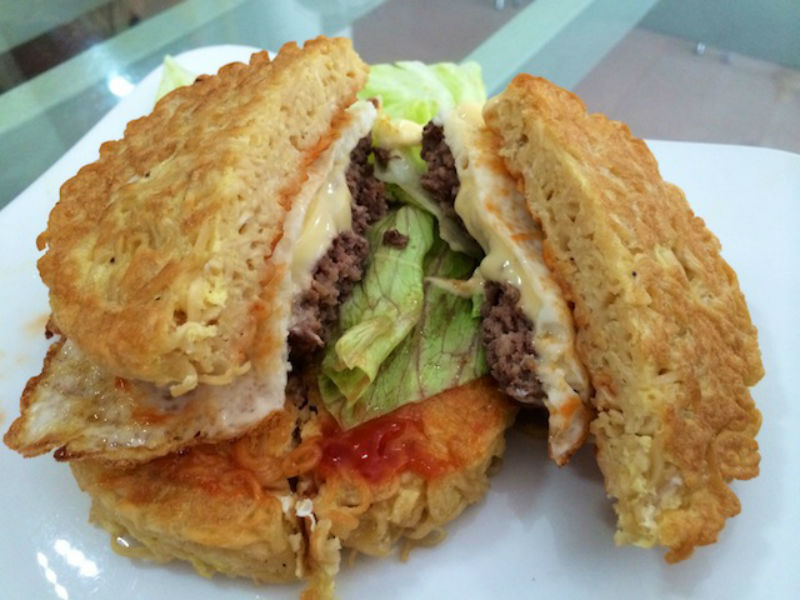 During my first visit, I thought I didn’t like Khmer cuisine. The restaurants included in the tour package on the first trip were very touristy and pricey. My second try was heaven. I fell in love with their amok – a fusion of sweet and savory curry and spices. 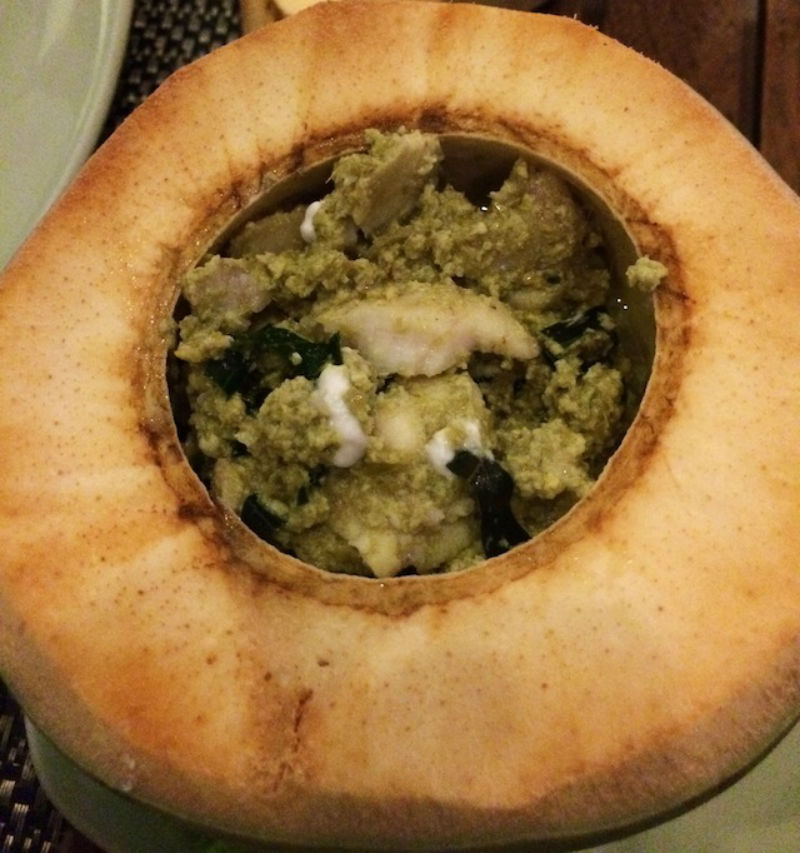 The next day we checked out the Tonle Sap Lake, which felt like a scene from Waterworld and was good to experience, to see how people live, their churches, markets. They even have a hotel and restaurant. 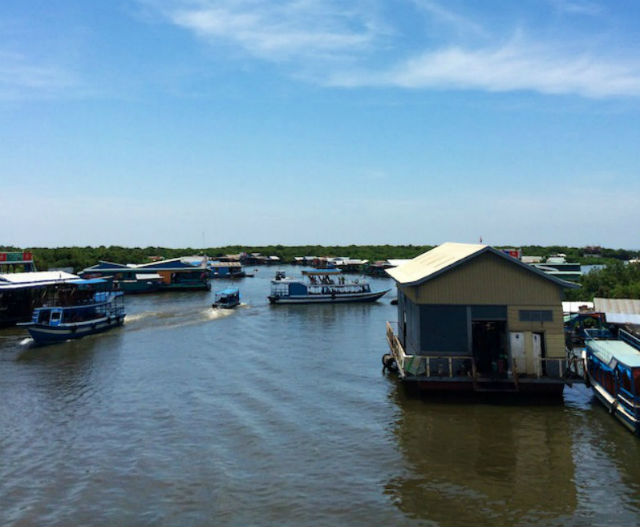 After the short water adventure, we proceeded to the Smiling Temple – The Bayon Temple. One of my favorites, this temple I actually remember from my first trip. Then finally the farthest temple… the Banteay Srei or “Pink” Temple, which looked so feminine and dainty because of its pink hue. 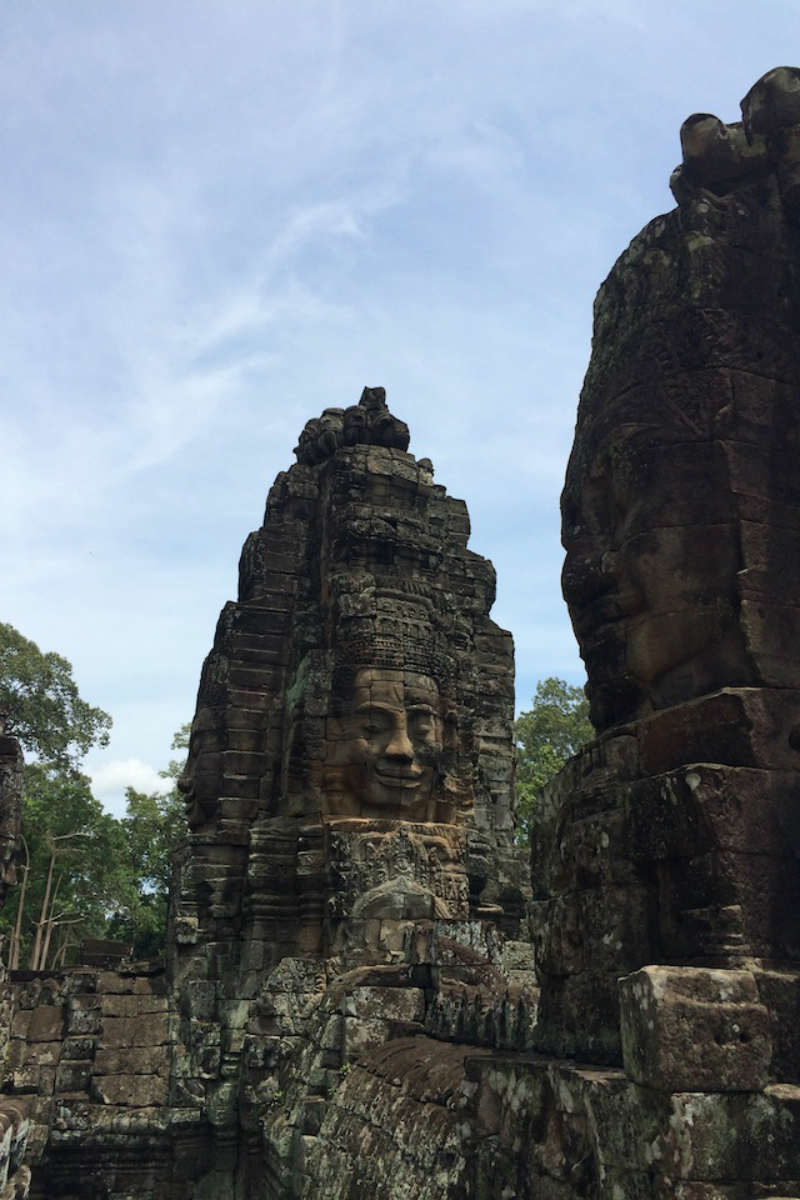 It was a blessing that I was given a second chance to see Siem Reap’s true colors. It is an exquisite and artistic province. Every nook and cranny has its own story, its own tale. This bewitching place not only deserves a second look but also a third and most probably a fourth. – Rappler.com