Facebook Twitter Copy URL
Copied
'As I arrived back in Manila, I could already feel my heart growing a little bit heavy at the thought of leaving the Philippines so soon.'

This is part 7 of British backpacker Will Hatton’s travel diary documenting his first trip to the Philippines. Follow along with his Philippine adventure right here on Rappler.

A month in the Philippines had raced past like a charging bull. I sipped from coconuts on deserted islands, partied in flashing karaoke bars of Manila and explored small villages by foot. I made numerous friends – Filipinos are a welcoming bunch, and already I felt oddly connected to a country I had only actually spent a month in.

Sure, whilst in the Philippines, I did see some sights which were totally new to me – nothing quite compares to exploring El Nido by boat after all – but, in general, it was the people that wowed me, not the scenery. I can say with 100% confidence that the Filipino people are the most welcoming people I have ever met. Friendly, warm, sometimes a little shy, wherever I went I was greeted with a handshake, impeccable manners and genuine concern for my well-being (I was usually doing something stupid – like swimming near jellyfish with my laptop on my head). 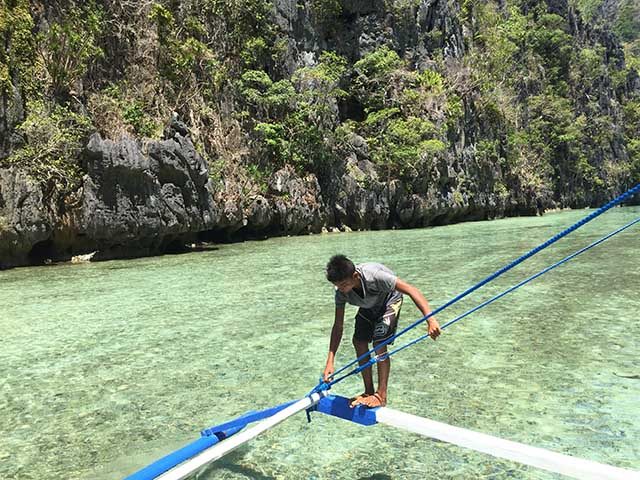 As I arrived back in Manila, I could already feel my heart growing a little bit heavy at the thought of leaving the Philippines so soon. I don’t think I have ever made so many friends before in such a brief period of time. Still, now was not the time to worry – now was the time to eat, drink and be merry.

With a couple of my favorite people at my side I headed out for one last hurrah at the truly incredible Vikings where I met a wonderful lady who had reached out to me online.

I dont think I have ever eaten so well in my entire life. I snacked on delicious sisig, balut (which was presented in a way that even made it look tasty!) and plenty of chocolate lava cake whilst being serenaded by the unbelievably smiley staff. The evening tumbled on and I met with a whole bunch of wonderful people who had contacted me through my page; together, we hit the town and drank far too many beers.

The next day, groggy and somewhat hungover, I watched as we soared above Manila and onwards, towards China and then home. I had a truly wonderful experience in the Philippines and was already looking through my hasty scribblings in my battered notebook – Batanes, Siargao, Cebu, build a boat – so many places to see and things to do, I would need to come back. For years now, my dream has been to eventually open a couple of hostels. I have been searching long and hard for the perfect place to build the first one. With plenty of isolated islands, epic surfing and friendly people it seems that the Philippines offers everything I’ve looking for. I will be coming back. – Rappler.com

Writer and photographer. Adventurer and vagabond. Master of the handstand pushup. Conqueror of mountains, survivor of deserts and crusader for cheap escapades. Will is an avid hitch-hiker, couch-surfer and bargain-seeker. He is a devout follower of the High Temple of Backpackistan and the proud inventor of the man-hug. Will blogs over at thebrokebackpacker.com about his adventures around the world, you can follow him on Facebook and on Twitter or, if you’re really friendly, hunt him down on the road for a cheeky pint.