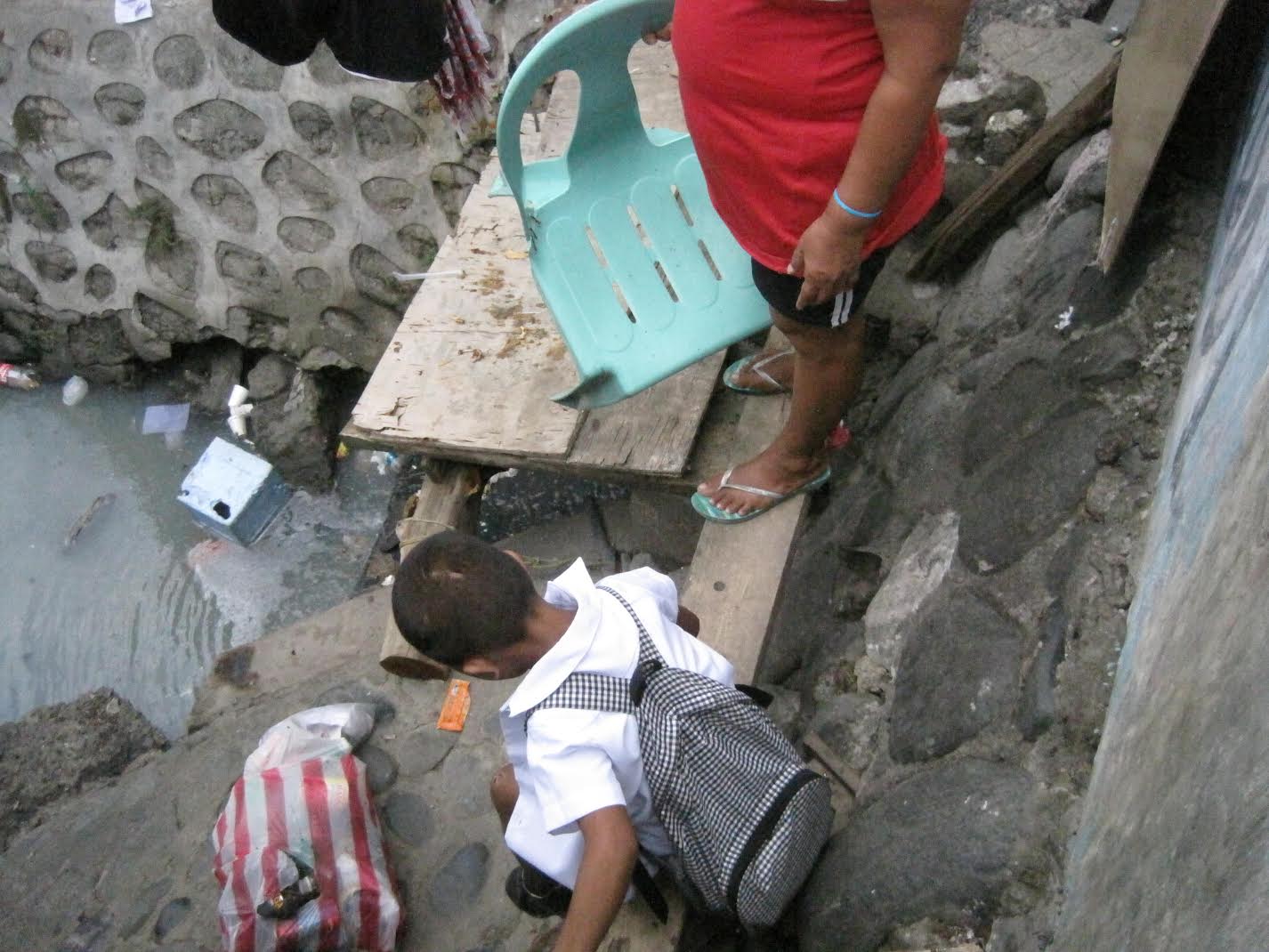 MANILA, Philippines – “I have 6 siblings and no parents,” 12-year-old Rayjon* said in Filipino.

“My father was a carpenter and addicted to metamphetamine. He sold shabu (crystal meth) on the side,” he continued.

The young boy recounted the events: His father, after being on shabu for several days, came home and fought with his mother.

“He  punched and then stabbed her in the stomach with a knife,” Rayjon said. “Realizing what he did, he then turned the knife on himself. Both died in front of my eyes that day.”

Rayjon and his siblings got some help to understand what had happened. He continued going to school but dropped out after getting into a fight with a classmate. His older brother followed suit.

“When I left school, I joined a gang where we sold things like mobile phones and scavenged for plastic bottles and electric wire in garbage piles,” Rayjon admitted. “We sold recyclable materials to junk shops to get money for food and sometimes for rugby (sniffing glue). I still have flashbacks and get easily upset when I think about my parents.”

Meanwhile, in another part of the Metro are a pair of siblings getting through an equally tough childhood as Rayjon’s.

They are Rosenda and Jobert, they are among the several children born to poor parents living under the NAIA overpass in between two very busy roads.

Rosenda is 17, has one child and is expecting a second one. She takes care of her 8-year-old brother Jobert. Their mother left them to be with another man, while their father is nowhere to be found.

Their mother is mentally unstable and sometimes visits them. It is uncertain how they eat aside from the food provided by a non-governmental organization twice a week.

Whenever she can afford it, Rosenda buys a pail of water for P5 to bathe Jobert and herself. They also use that water to wash clothes and cook meals. Every night, they sleep on a worn-out mattress they found in the dump.

Rayjon and Rosenda’s stories sound like perfect scripts for a Hollywood horror film, but all these are a Philippine reality.

Their lives are only among the several other unheard stories of Filipino children. They are often pushed under the rug because it sounds all too familiar in this country.

Rayjon and Rosenda are among the thousands of street children who roam Manila’s landscape day and night, often growing up in violent and harsh conditions, receiving little support for a better future.

Instead of enjoying their youth, Rayjon and Rosenda act as their siblings’ providers and protectors. Along the way, the two are forgetting their dreams of becoming a nurse or a teacher because they don’t have the psychological time to heal.

Unsurprisingly, the combination of untreated psychological trauma and poverty creates a perpetual cycle of “psychological poverty”. This complex phenomenon is in need of much attention from communities and policymakers since the future of the Philippines will depend on its ability to foster the healthy development of the poor and the coming generations. (READ: Poverty, disasters and the kids in between) 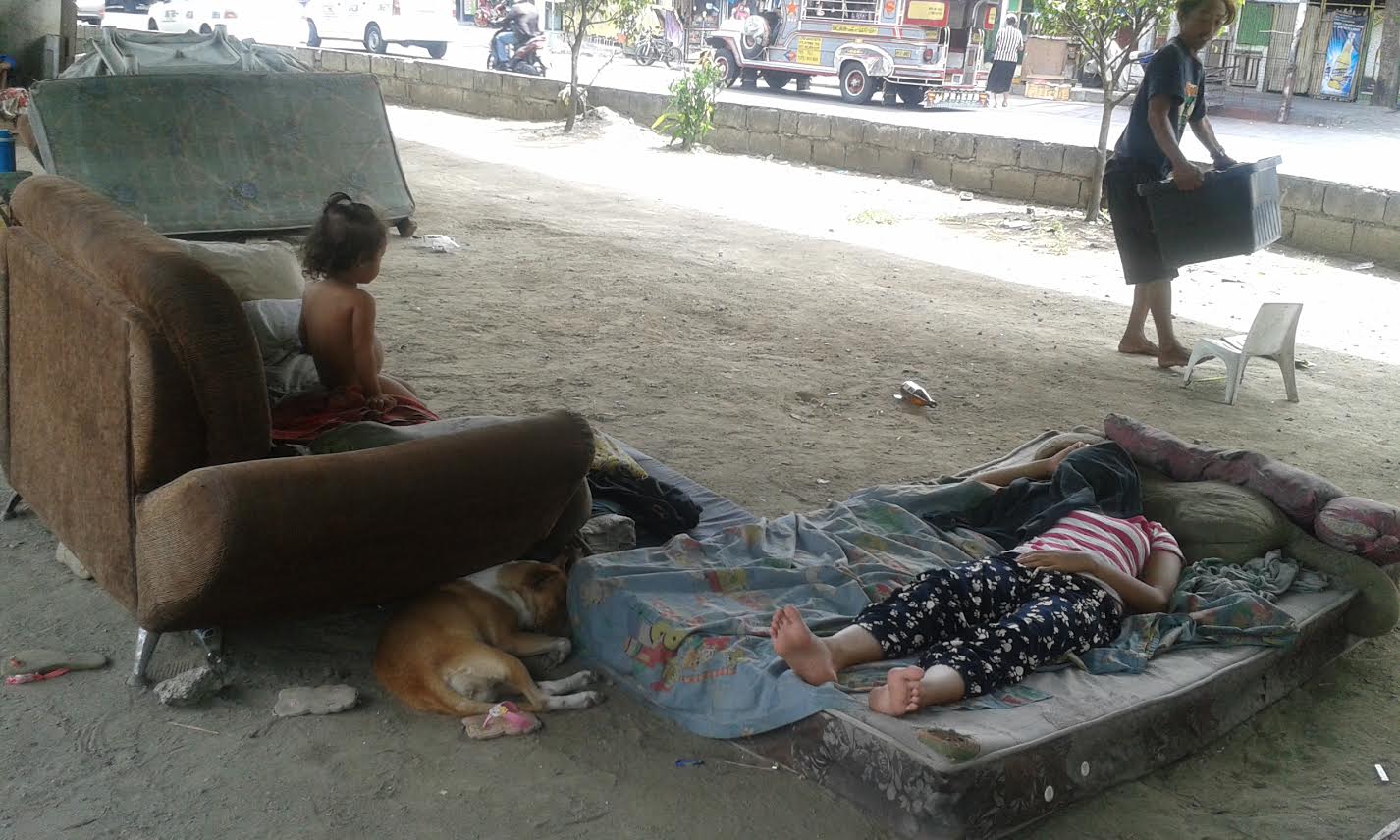 Poverty means not having enough money to meet basic needs, including food, clothing, and shelter. Children living in poverty do not access such needs essential for early learning, self-regulation, and brain organization.

Although the Philippines has child labor laws meant to protect children’s rights, poor law enforcement has allowed some parents to rely on their children for money. Some children are forced to beg in the streets, some sell sampaguita, and others prostitute themselves just to help their families make ends meet.

In time, they get caught in the “tangle of pathology – a combination of absent parents, low educational attainment, unemployment, and delinquency,” as noted by Princeton University professor Johannes Haushofer. But at what price?

All these could create unsafe conditions for any child to grow up in and leave profound immediate and long-term effects on their overall development. In the immediate sense, as early as age two, children experience developmental delays, increasing the likelihood of lower school achievement grade retention, and chances of dropping out.

They may also encounter more subsequent emotional and behavioral problems such as poor peer relations, conduct disorder, depression, and delinquency. Further, children growing up with a parent addicted to drugs or alcohol could develop the same patterns of compulsive behaviors and have several co-occurring issues including neglect, emotional, physical or sexual abuse.

Incest is believed to be twice as likely among children of alcoholics.

These children tend to need psychological intervention and end up in the penal systems. Why? Because their childhood stress was more than their brain and body could process at the time.

Their parents who should have been helping them fix problems were often the ones causing it. Some parents are also overwhelmed with their own problems, they forget to care for their children. The impact of such family arrangements could be observed from one generation to the next.

When stress is not properly dealt with, it could accumulate in the form of negative emotions, leading to sadness and anger. Sadness, a symptom of depression, can decrease anyone’s ability to make smart long-term decisions, including seeking good health and education.

In the Philippines, funding is currently being directed at individual families who fit certain criteria under specific poverty-reduction programs such as the Pantawid Pamilyang Pilipino Program, also known as the Conditional Cash Transfer (CCT) Program.

Despite its promising figures and its emblematic “no one gets left behind” policy, the CCT money simply isn’t enough and isn’t reaching deeply enough, as seen in the cases of Rosenda and Jobert who continue to live on the streets because they can’t afford housing.

Funding needs to be reversed: it needs to go to treatment and recovery programs in poorly invested barangays where a majority of street children and street families reside. Simply relying on individual government conditional handouts and NGO programs create another cycle of dependency. The money shouldn’t be stopped but other services need to be added on top of that.

In doing so, the youth will not only feel financially supported, but they will also have the self-confidence necessary to reach their fullest potentials as the country’s ticket to a better future. Then children like Rayjon and Rosenda could rewrite their own stories and begin new ones with a clean slate. – Rappler.com

*Rayjon is a pseudonym

Amélie van den Brink is an Art Psychotherapist and Consultant from the Netherlands-Burkina Faso. She obtained her Master’s degree from New York University in Art Therapy and has worked in both the public and private sectors of mental health as well as in education. She provides psychosocial support and training for children affected by natural and manmade disasters around the world, including post-Typhoon Hagupit relief in Can-Avid, Philippines. In private practice, she specializes in treating children and adolescents with special needs and incorporates evidence-based trauma interventions with at-risk-youth.