OFWs: Hands off our balikbayan boxes!

Aug 23, 2015 12:31 AM PHT
Don Kevin Hapal
Facebook Twitter Copy URL
Copied
(UPDATED) OFWs turn to social media to express their disappointment and complaints about items in their balikbayan boxes that were reportedly stolen or damaged upon 'inspection'

MANILA, Philippines (UPDATED) – Months before the holiday season, a lot overseas Filipino workers (OFWs) are already preparing their padala (gift), a big box of goods for the whole family back in the Philippines and sometimes, even for some lucky neighbors.

Canned goods, used and new clothing, perfume and toiletries, toys and sometimes even gadgets, typically fill these balikbayan boxes – all products of their hard work miles away from home.

Should OFW families expect less goods in their balikbayan boxes this year? 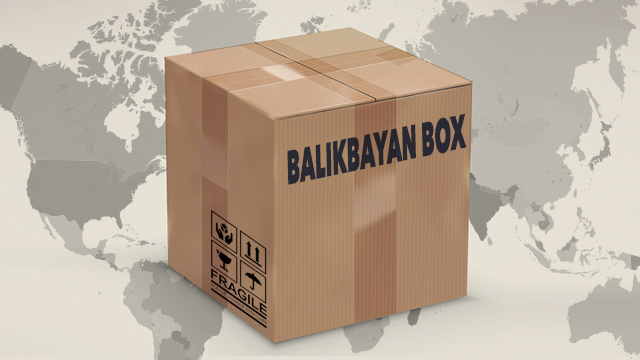 On August 19, the Bureau of Customs (BOC) got on the nerves of OFWs when it warned them against abusing their balikbayan box privileges.

“The contents of a balikbayan box must not exceed US$500.00 in value. Canned goods, grocery items and other household effects must not exceed a dozen a kind, while apparel, whether used or new, must not exceed 3 yards per cut. Only one consignment per sender during a one-month period is allowed,” Customs Commissioner Bert Lina reminded Filipinos abroad.

Lina gave the reminder to warn smugglers who exploit the use of balikbayan boxes to circumvent the law. He also said that the BOC is allowed by law to check the boxes.

“Home appliances are not allowed unless these are consigned to returning Filipino residents and overseas contract workers….We will seize these prohibited shipments and revoke registrations of forwarders or consolidators if we find any violations.”

The warning however, didn’t sit well with OFWs and advocacy groups who cried foul on ‘the dictatorial and arbitrary manner by which the BOC has chosen to approach the balikbayan box issue.” (READ: OFW groups seek dialogue with BOC on balikbayan boxes)

OFWs from around the world turned to social media to express their disappointment and complaints about items in their balikbayan boxes that were reportedly stolen or damaged upon ‘inspection.’

A post by netizen and OFW Jake Torres Lucero went viral on Facebook, getting more than 34,000 shares in less than two days.

(We spend 3-months worth of salary for that box to send it to the Philippines, to our families – only to be stolen by those in Customs?)

Another post by a page called OFW News that also went viral shows photos of a balikbayan box with contents that were damaged by water. In the photo, the balikbayan box was tagged as “inspected.” The post, as of writing, has now more than 75,000 shares.

This photo posted by Pinoy Expats/OFW Blog Awards(PEBA) also went viral with 60,000 shares and 41,000 likes as of writing.

Dear Alberto Lina and the Bureau of Customs:Please listen to the story of my Balikbayan Boxes. In writing this letter,…

In an open letter to Lina posted on facebook, OFW and Pinoy Expats/OFW Blog Awards(PEBA) president NJ Abad narrates what an OFW has to go through to be able to send a balikbayan box.

Here are more posts that went viral on Facebook:

The BOC clarified in a press release on Sunday, August 23, that there is no tax increase on balikbayan boxes.

On Saturday, August 22, Deputy Presidential Spokesperson Abigail Valte assured OFWs that the Bureau of Customs’ reminder to not abuse balikbayan box privileges is a deterrent to smuggling and not meant to single out overseas Filipino workers (OFWs).

Senate President Pro-Tempore Ralph Recto, for his part, has asked the BOC to buy a closed-circuit television (CCTV) system, ensuring there are no irregularities in the planned random inspections of balikbayan boxes.

Vice President Jejomar Binay criticized the government saying that it should not target OFWs, who only want their families back home to have a taste of the food and other items sold in their country of work.

What are your thoughts about this issue? Tell us in the comment section below! – Rappler.com