RUN50: A pastor’s race for the next generation

Sep 4, 2015 3:54 PM PHT
Caleb Galaraga
Facebook Twitter Copy URL
Copied
RUN50 starts at Sarangani and will end at Aparri, a total of 2,180 kilometers. The journey is a benefit run that, once completed, could change the lives of up to 250 underprivileged youth 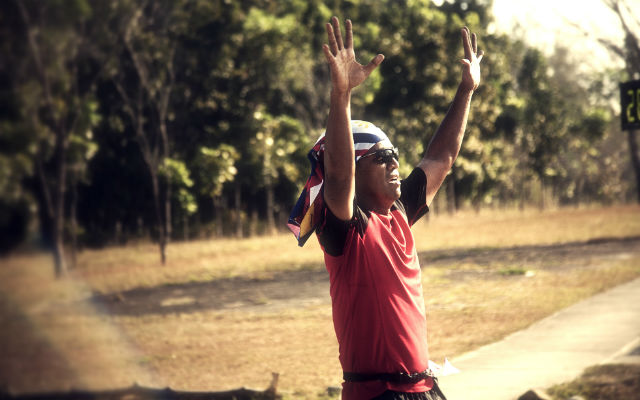 On Saturday, September 5 at 3 AM in Maasim, Sarangani, a town in Mindanao lying at the southernmost tip of the country, these numbers will be top-of-mind to one man’s race, a run across the Philippines.

Pastor and ultra marathon runner Ferdie Cabiling embarks on what he describes as an “epic and raw adventure.” He will run 50 kilometers a day for 44 days, and while in the trek will celebrate his 50th birthday.

The title of his journey: RUN50. It starts at Sarangani and will end at Aparri, a total of 2,180 kilometers. Crossing the finish line is a must, but more importantly, the journey is a benefit run that, once completed, could change the lives of up to 250 underprivileged youth.

Inspired by a running priest

The spark to do RUN50 came after reading the blog of another minister, a running priest named Father Amado “Picx” Picardal.

After all, the pastor has the chops to do a long-haul run. He has completed 10 marathons that were organized by General Jovie Narcise. He’s also very passionate and vocal about the sport. Leaders and members of his home church, Victory Manila, already call him the running pastor. The soon-to-be 50-year-old minister is currently one of the church’s executive directors, where he oversees its 15 congregations in Metro Manila, attended by up to 75,000 people every week.

“It’s a dream project that would benefit many. I’ve already trained and equipped him for it and he has the mental toughness to finish the race,” says his trainer, Tito Salazar.

Cabiling has been working with him for 3 years and has relied on him for encouragement, support and professional guidance. Thanks to Salazar’s coaching, the passionate runner has completed some daunting and challenging runs like the Bataan Death March 160K Run.

“His legs are worth millions,” Salazar says, expressing full confidence that his client can complete his races. “Fifty kilometers a day for him is like a walk in the park,” the trainer adds.

‘I run for those who can’t’

Victory is known in evangelical circles as a young and dynamic ministry. It has grown by leaps and bounds since its founding, thanks to a relentless focus on reaching students. Their mission is imbued in a catchphrase its active young members repeat like a mantra: “Change the campus. Change the world.”

Cabiling was one of the first members of the church, since the latter’s accidental founding in the mid-1980s by American missionary Steve Murrell.

“I can’t clearly put a demarcation line on when,” he responds, asked when he became a full-time pastor. In 1984, while studying Civil Engineering at Adamson University, he first heard the gospel from a group of missionaries and committed to be part of what was then a daily worship service. It was during those times when he met Murrell, who would be his mentor in the faith. As a young evangelical, he discovered that he was more passionate in bridging people to God than building real bridges.

Over the next 30 years, he will be mentoring young people who would turn out to be some of Victory’s major influencers. Case in point: Two men he shared the gospel to, both of whom were still teenagers when he was their Bible study leader, are now senior pastors of 2 large Victory congregations.

Developing leadership skills and imparting the desire to live a life of integrity and excellence, while prioritizing the growth of one’s faith, is at the heart of Victory’s outreach. In 2007, members of the church leadership created the Real LIFE Foundation, with “the vision of seeing thousands of marginalized Filipino youth educated, gainfully employed and uplifting their communities.”

RUN50 will raise a little over P2 million pesos for the organization, enough to support 250 scholars.

Cabiling’s wife, Judy, initially teased her avid runner of a husband that his love for the sport is caused by a mid-life crisis, “She actually increased my insurance.” 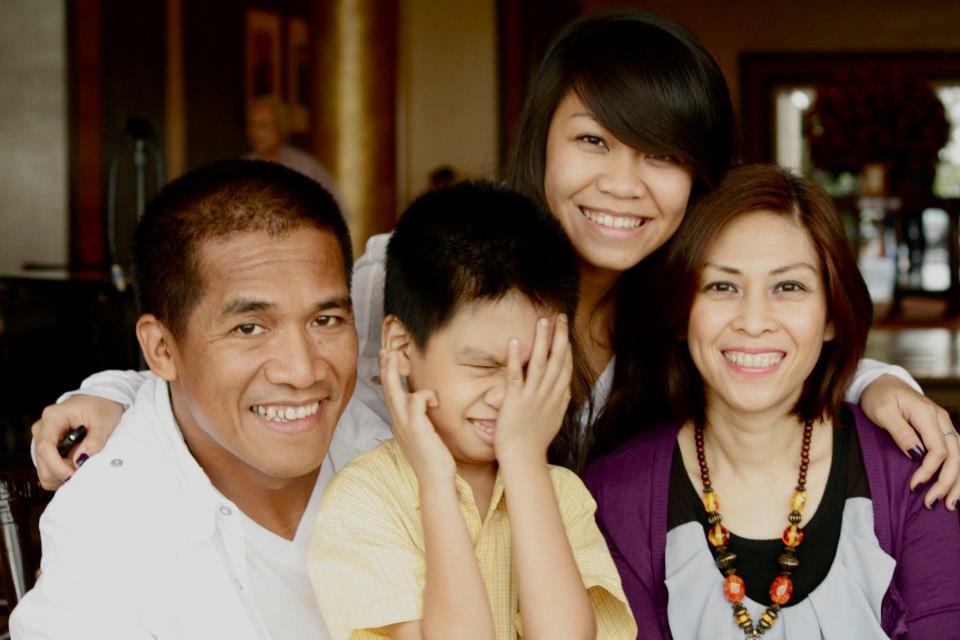 But similar to how Judy faithfully supported her husband’s calling, she has been all in to his every personal race. Their daughter Elle, who recently graduated from the University of the Philippines and is preparing to become a full-time minister herself, is heavily involved in the logistics of RUN50. Their 11-year-old son, John Phillip is a major inspiration for this race. “He can walk and tries to run sometimes to show off to daddy, but he does it by literally dragging his right leg which was affected by the inborn condition in the brain.”

The marathoner dedicates this coming race to John Phillip and others who are experiencing disabilities. “I run for those who can’t,” is a tagline the pastor uses on all his runs.

For God and the next generation

Cabiling is flying to Mindanao 48 hours before his race so he can pray for a church member in General Santos suffering from cancer. He won’t be running on Sundays, as he’ll be preaching in churches – as he had been doing for the past three decades. Praying for government leaders of cities and municipalities along the path of RUN50 is also in the plan.

“As a believer, I run for God’s glory and pleasure,” Cabiling writes in a blog post. He then refers to a quote by the famous Scottish athlete and missionary, Eric Liddell: “I believe God made me for a purpose and He also made me fast. When I run, I feel His pleasure.”

Cabiling has dedicated his life to inspiring the next generation to live a life for God. The chance to positively influence the lives of 250 Filipino students may be the greatest prize of the solo journey of a man filled with faith.

It wouldn’t be daring to suggest that it would be to God’s pleasure that he completes it. – Rappler.com

To know more on how you can support RU50, visit Pastor Ferdie Cabiling’s website here.