INFOGRAPHIC: HIV epidemic in the Philippines

Sep 30, 2015 10:02 AM PHT
Jee Y. Geronimo
Facebook Twitter Copy URL
Copied
There is a challenge for the Philippine government to ramp up its response to the HIV situation in the country in terms of funding and raising awareness. But what can Filipinos do in their own capacity? 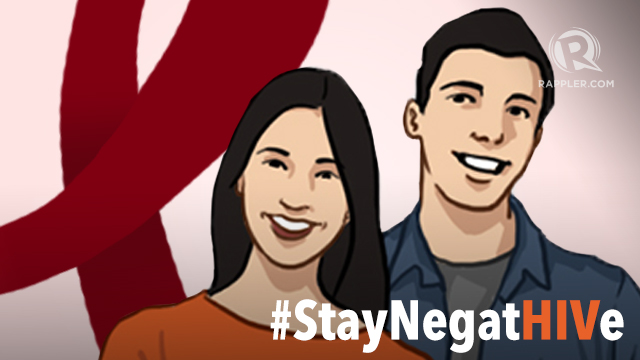 But a closer look at regional trends showed that there was actually a slow decline or stagnation in the number of new infections in South-Eastern Asia, where the Philippines is located.

However, the Philippines has the fastest growing HIV epidemic in the world, former World Health Organization (WHO) Representative in the Philippines Julie Hall told Rappler in a previous interview.

To illustrate how alarming the situation is, consider this: in March, the number of new cases recorded daily was at 21. By July or 4 months after, it went up to 22 cases per day.

WHO challenged the Philippine government to ramp up its response to the HIV situation in the country in terms of funding and raising awareness.

This will be crucial as the country joins the rest of the world in achieving the new Sustainable Development Goals (SDGs). One of the targets under the SDGs is to end epidemics such as AIDS by 2030.

Filipinos, too, can do something about this pressing issue. For starters, one can never underestimate the power of education. (READ: #StayNegatHIVe: Netizens show support for HIV/AIDS advocacy)

Here’s a quick overview of the HIV situation in the Philippines:

MovePH has recently launched the first phase of its #StayNegatHIVe campaign, in partnership with LoveYourself and DM9 JaymeSyfu. (READ: #StayNegatHIVe: We need to talk about HIV/AIDS)

Now is the time to talk about HIV/AIDS. Join the conversation! Tell us your thoughts in the comments section below. – Rappler.com