Facebook Twitter Copy URL
Copied
She dedicated her whole life to teaching, but in her twilight she is left with nothing but memories

TARLAC, Philippines – World Teacher’s Day has come and gone. Surely, there are many stories of teachers out there – inspirational ones that hope to uplift our spirit.

But this one is different. It is about a soul who has dedicated her whole life teaching kids and just in her twilight she is left with nothing.

Carmelita Pantaleon is 91 years old, a retired public school teacher. Everyone in her community at Brgy. Poblacion, Anao, Tarlac calls her Lola Carmen.

At the age of three, Lola Carmen lost her father. Her mother made ends meet by making blankets and mosquito nets and managing a small piggery at the same time taking care of her other three sisters and a brother, who have all passed away.

With the help of her sister, she was able to study high school at the Far Eastern University in Manila, but when the war broke out she had to return to the province for her safety. In 1946, after the war ended, she returned to Manila to finish her secondary education.

In 1948, she went back to her province which would mark the start of a life dedicated to education. Lola Carmen started out as an elementary school teacher at the Anao Elementary School. “I loved to teach Math,” she said. It is quite evident with her memory of dates and numbers. While teaching in her home town, she took up a bachelor’s degree in Elementary Education in Tarlac City at the Osias Colleges and later finished a master’s degree at the Central Luzon Teacher’s College in Bayambang, Pangasinan.

From then on she was promoted from one position to another.

“Kids nowadays are very hard to discipline, back then when the teacher pauses or stops in the middle of a discussion, every student stops whatever they’re doing and stares at the teacher,” said Lola Carmen when asked the difference between students today and back then.

Lola Carmen says in her 40 years and 8 months in service, she hasn’t found the love of her life. She retired a school principal of the Casili Elementary School.

She received her pension when she retired in one lump sum. But in one occasion, on the day before her mother’s death anniversary in 1994, she went to the public market where she was robbed by a budol-budol gang. All her savings plus her pension were taken. She was left with nothing.

Also in that year, their home was ravaged by a typhoon and everything was drenched. The house was dilapidated. In the late 90’s, Lola Carmen helped establish the Guardian Angel Catholic Learning Center where she stood as Principal to the school. When the school had a complete elementary course in 2004, nuns took over the school.

She now lives in an unfinished commercial stall owned by one of her relatives. It has no proper roofing and ventilation. She shares the place with her kumadre, 70-year-old Adelina I. Quines, and two cats.

Pails and basins litter the makeshift house, failing to catch the water from the rains last night, now stagnant near her bed.

Janet Dela Cruz, 19 years old and a waitress in one of the carinderias near the Pantaleon residence says Lola Carmen buys two cups of rice and a viand each lunchtime. She saves some for dinner and even shares them with her cats. 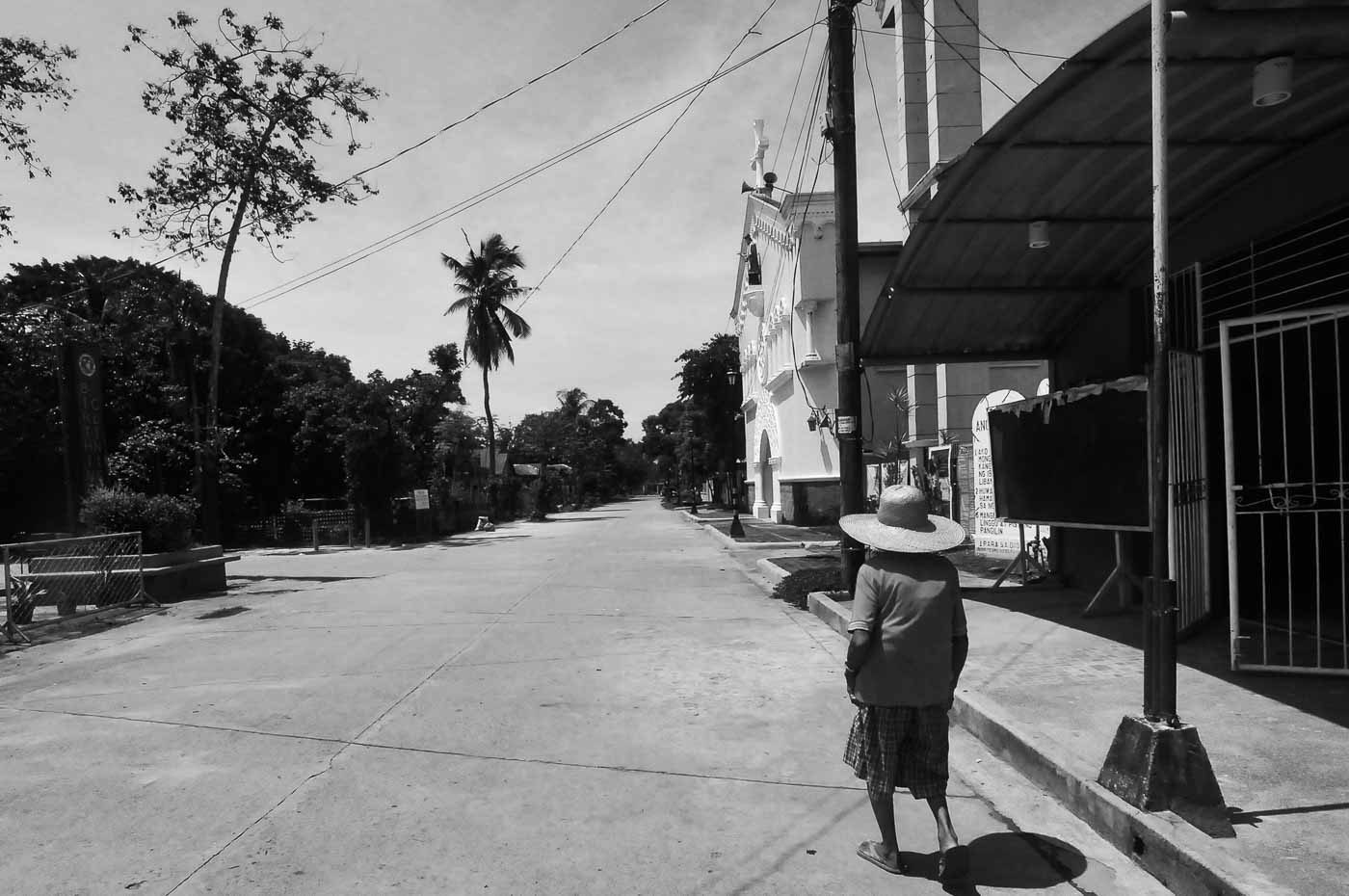 Lola Carmen says she used to be the barangay secretary but when the Department of the Interior and Local Government said she was too old to work, the little money she earned stopped. Lately she was assigned custodian of the barangay. Once in while a couple of barangay council men would give her P50 (US$1.07) as bonus during their payday.

Despite all the things that have happened, Lola Carmen says she misses teaching. “Nakakamiss magturo ng Arithmetic at Social Studies. I love to teach, that’s it.” Lola Carmen said when asked why she dedicated her whole life teaching. – Rappler.com

If you would like to help Lola Carmen, you can visit her home located at Brgy Poblacion, Anao, Tarlac at the back of the Municipal Hall.