Oct 8, 2015 5:15 PM PHT
Rappler.com
Facebook Twitter Copy URL
Copied
What can the Filipino public do to help curb the rising HIV/AIDS epidemic in the Philippines? 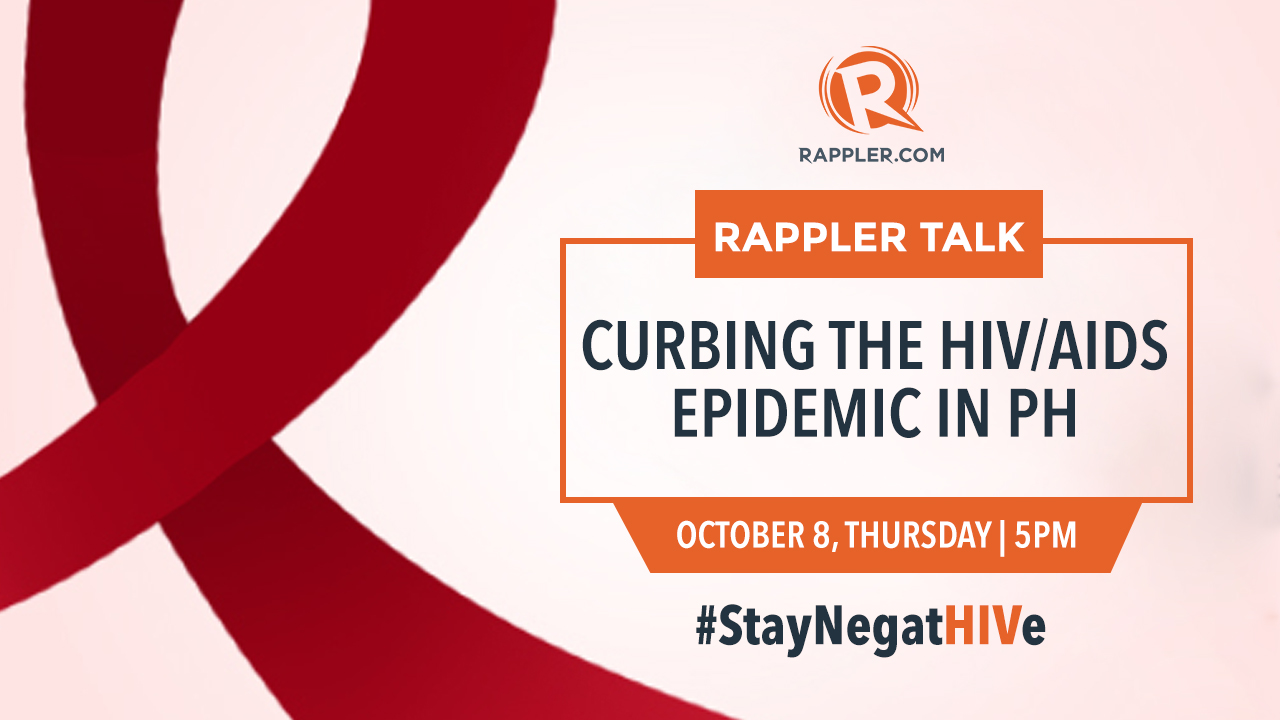 But this is not the case for the Philippines.

It’s a problem that cuts across the different sectors of the country. While men having sex with men (MSMs) are the most prone to contracting the disease, the number of babies and women infected with the disease is also on the rise.

WHO challenged the Philippine government to ramp up its response to the HIV situation in the country in terms of funding and raising awareness. But the government alone cannot solve the problem.

What can the public do to help curb the rising HIV/AIDS epidemic in the Philippines? What needs to change in terms of how we perceive the virus? What should you do if you test positive for HIV?

Rappler talked to representatives of LoveYourself – a community of volunteers that aims to prevent the spread of HIV/AIDS among the youth and key affected population through awareness, counseling and education – and The Red Whistle – a collaborative platform for artists/individuals/groups to come together and show their support against HIV and AIDS – to discuss what Filipinos can do to curb the epidemic.

#StayNegatHIVe is MovePH’s HIV/AIDS awareness campaign spearheaded by our communities across the Philippines, and held in partnership with DM9 and LoveYourself.