Who should solve the poor man’s hunger woes? 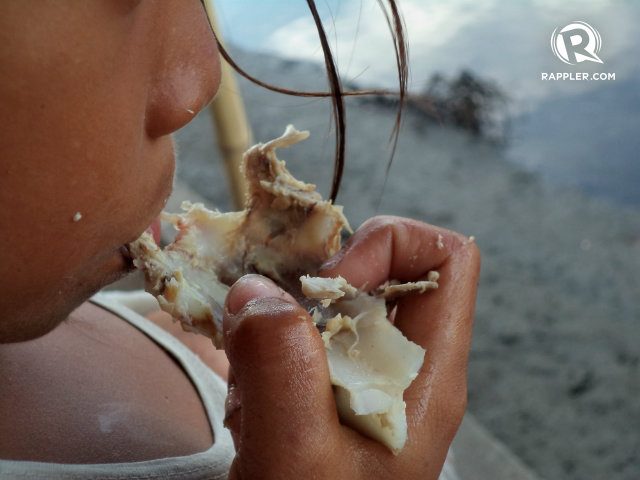 The government or the people who are hungry themselves? A recent World Food Programme (WFP) survey revealed that several families in the country’s poorest provinces believe that the national government is the “most responsible” for addressing the poor’s lack of food and proper nutrition.

Meanwhile, some think that it is the households themselves that should bear responsibility, with results varying across provinces.

Among the surveyed households, Lanao del Norte put the highest responsibility on the government at 60%, while Apayao demanded the least at only 7%.

Majority or 73% of poor households in Apayao said that the responsibility should lie with the families themselves. Self-reliance in Apayao, alongside Camiguin, is “more evident,” according to the survey results.

Meanwhile, Maguindanao reflected opposite results, with only 4% saying that the household itself should be responsible for its hunger woes. Together with Sulu, Maguindanao also posed the least self-reliance among families regarding food.

At the same time, most poor households blame the national government for high rates of malnutrition. This is closely followed by the households themselves and the barangay.

The WFP survey was conducted by Laylo Research Strategies, covering 16 of the poorest provinces in the Philippines from August 16 to September 5, 2015.

It had 1,600 respondents from both rural and urban areas, coming from lower-income households classified under classes D and E. The survey has an error margin of ±2.5%.

Under the Universal Declaration of Human Rights, everyone has a right to food. This means every Filipino must be able to “feed themselves in dignity, either by producing their food or by purchasing it.”

Likewise, governments must provide “enabling environments” for their people.

In fact, the Commission on Human Rights recommended a better convergence in the implementation of the country’s food policies. (READ: Our right to food)

Who pays for such shortcomings?

Overall, the WFP found that there is a “moderate net satisfaction” for most of the basic services delivered by local government units (LGU).

Zooming in, however, it is noticeable how some provinces are more satisfied than others.

North Cotabato displayed the highest satisfaction with how its LGU delivers services related to health and nutrition, water and sanitation, food production, agriculture, and infrastructure. It rated higher than all the provinces’ average satisfaction.

At the opposite end is Sarangani, which reflected the least satisfaction with such government services.

The survey also observed a “more prevalent” dole-out mentality among Lanao del Sur, Bukidnon, and Lanao del Norte. Such mentality refers to the idea that “it should be the government’s responsibility to ensure that the poor are secure in food and nutrition.”

Meanwhile, government programs for the poor are most appreciated in Camiguin and Bukidnon. The opposite is felt in Maguindanao and Eastern Samar.

Among the problems that hinder LGUs in addressing hunger, the survey showed, are corruption in the local and national governments, lack of funding, selective government programs, calamities, poor infrastructure and transportation, armed conflict, and the food and nutrition agenda not being prioritized. – Rappler.com