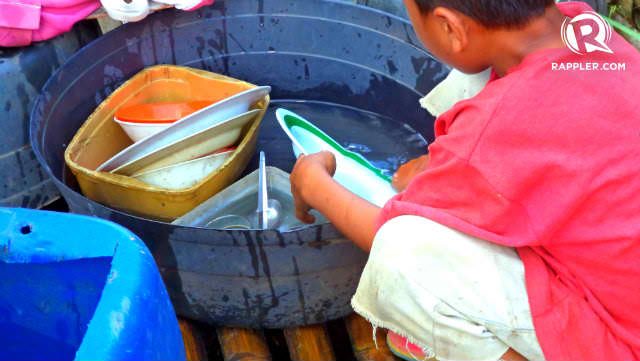 MANILA, Philippines – Does our health suffer because of climate change?

Climate change could cause an additional 25,000 deaths annually from malaria, diarrhea, heat stress, and under-nutrition between 2030 and 2050, the World Health Organization (WHO) reminded countries on Wednesday, November 18.

Malaria and diarrhea are among the “top killers” of children among developing countries, the Unicef said. Undernutrition paired with poor sanitation make children more vulnerable to such preventable and treatable diseases.

Without proper interventions, these children could die.

Likewise, pregnant women and the poor are the most affected by such health threats linked to climate change.

On the upside, the Philippines is winning its battle against malaria, with cases going down from 46,342 in 2005 to 7,720 in 2013, the Department of Health (DOH) reported. In the Philippines, the most vulnerable sectors include upland subsistence farmers, forest workers, and indigenous people – groups whose livelihoods and food security are also deeply impacted by climate change.

Diarrhea, however, remains a problem. It is the 3rd leading cause of child illness and the 4th leading cause of deaths among Filipino children under 5, Unicef reported. (READ: A thirsty PH)

Climate change is causing tens of thousands of deaths annually, WHO said.

In fact, around 7 million people died in 2012 because of air pollution-related diseases – the world’s “largest single environmental health risk.”

Such deaths are attributed to the “shifting patterns of disease from extreme weather events,” like heat waves and floods, as well as the degradation of air quality, sanitation, food and water supplies.

Climate change also results from human activities, as advocates have been repeatedly saying, hence it can be mitigated. Simple climate actions include fighting pollution, saving electricity and water, and using environmentally-friendly products.

Governance and infrastructure are also factors contributing to good or bad health. Areas with weak health infrastructure will have a hard time responding to the health-related impacts of climate change.

WHO’s advisory comes weeks before the much-anticipated international climate change conference in Paris, where world leaders and advocates are expected to come up with a new climate agreement.

The agreement aims to stop the Earth from warming by more than 2°C. This can be achieved if governments pledge to reduce their carbon emissions, among other ways of caring for the environment.

“The upcoming United Nations climate change conference (COP21) in Paris offers the world an important opportunity to not only reach a strong international climate agreement, but also to protect the health of current and future generations,” WHO said in a press statement.

Climate change is closely linked to health. Hence, investing in low-carbon development, clean renewable energy, and climate resilience is also an investment in health, WHO suggested.

“Implementing proven interventions to reduce emissions of short-lived climate pollutants, like black carbon and methane, for example, achieving higher vehicle emissions and efficiency standards, would be expected to save approximately 2.4 million lives a year and reduce global warming by about 0.5°C by 2050,” it added.

To strengthen “health resilience to climate risks,” countries should improve their early warning systems for heat waves; ensure their water, sanitation, and hygiene protection services against floods and droughts; and give more focus to climate-sensitive diseases.

“If countries take strong actions to address climate change, while protecting and promoting health, they will collectively bring about a planet that is not only more environmentally intact,” WHO said, “but also has cleaner air, more abundant and safer freshwater and food, more effective and fairer health and social protection systems – and as a result, healthier people.” – Rappler.com