#TheLeaderIWant: Cebu youth identify roads that matter to them Facebook Twitter Copy URL
Copied
Cebu students say road networks will be a major consideration in determining their choices in the upcoming elections.

CEBU CITY, Philippines – Do roads matter to the youth of Cebu?

This was the question asked to participants of “#PHVote Challenge: Cebu’s #TheLeaderIWant” on Friday, November 27, by Gemma Bagayaua-Mendoza, Rappler’s head of content and strategy, as she discussed the significance of road networks in the 2016 presidential elections.

According to Mendoza, the Philippines has a total of 216,016 kilometers of roads according to the Department of Public Works and Highways (DPWH). Stretched into a straight line, this length can reach halfway to the moon.

Despite this, the country’s infrastructure remains “poor” compared to most countries ranked in the 2015-2016 Global Competitiveness Report by the World Economic Forum. 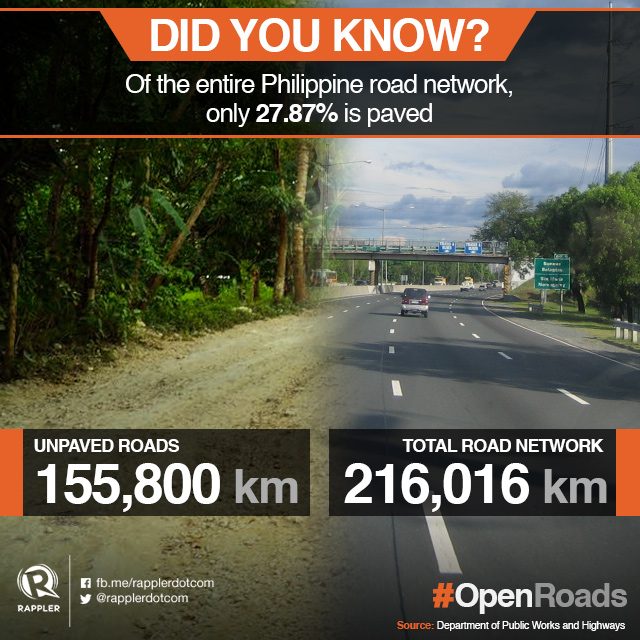 In Southeast Asia, the Philippines is second only to Myanmar in terms of the poorest quality of road infrastructure.

Mendoza emphasized the importance of paved road networks as they bring opportunities to the country’s poorest communities – from education and agriculture to tourism and disaster response.

“Roads are not just about pouring concrete on unpaved paths. It’s about linking students to better schools,” Mendoza said.

“What roads matter to you?” Mendoza asked the students, who took to social media their answers, identifying the road networks they frequently use and the problems they encounter.

#TheLeaderIWant cares about our roads. He doesn't take for granted traffic. Because traffic is a sign of a slowly moving country! #phvote

@rapplerdotcom #PHVote The road that matters me is in Mandaue City, Cebu beacuse its been a year where I encountered heavy traffic.

#TheLeaderIWant Colon street matters to me bec. it's an important landmark in the Phils. #OpenRoads @rapplerdotcom pic.twitter.com/T46zX8599a

#TheLeaderIWant cares about the issues that matter to me. Osmeña street matters to me because #OpenRoads @rapplerdotcom

Some students also said road networks will be a major consideration in determining their choices in the upcoming elections.