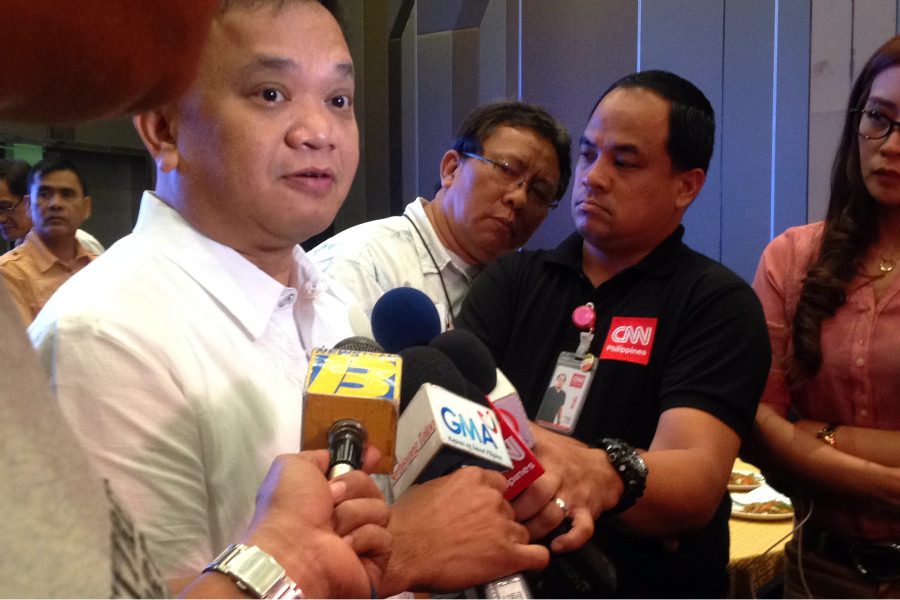 Facebook Twitter Copy URL
Copied
Anticipating that Bulacan and other neighboring provinces may also be affected by the 'Big One', the 2010 Oplan Metro Yakal is updated

According to Carlos, it built on the previous operations plan, Oplan Metro Yakal, which outlines what needs to be done when a 7.2-magnitude earthquake hits the metro. (What dangers await when the West Valley Fault moves?)

The West Valley Fault is a 100-kilometer fault line, one of the segments of an active fault, the Valley Fault System. It transects portions of Quezon City, Marikina, Makati, Pasig, Taguig, Muntinlupa, Bulacan, Rizal and Laguna.

Taking into account other geological hazards that could result from the quake, hazard maps were also given to 10 Metro Manila LGUs (Quezon City, Caloocan, Malabon, Pasay, Pasig, Pateros, Marikina, Madaluyong, Manila and Makati) and to provincial disaster management officers of Cavite, Laguna, and Rizal.

The fault is predicted to move roughly every 400 years, according to Phivolcs director Renato Solidum. As the last major earthquake generated by the fault was 357 years ago, the next big quake may be due soon.

Disaster preparedness is an ongoing process.

Anticipating that Bulacan and other neighboring provinces may also be hit by the effects of the “Big One”, updates to the 2010 Oplan Metro Yakal were made.

Building on the same assumption, the new MMDA chief said the operations that were effective during the Metro Manila Shake drill were maintained, with slight modifications.

Putting emphasis on the “plus”, Carlos said that the upgraded contingency plan now includes protocols on related hazards, information on how to expand resources and accommodate help from other regions as far as the Bicol region. (READ: How vulnerable is Manila to earthquakes?)

“Sometimes other people think that when they are not on top of the fault line, they are already safe. Even if you’re away from the fault, you’ll still be able to feel the ground shaking. There’s sometimes a sense of complacency,” he said. (WATCH: #TalkThursday: Metro Manila earthquake scenarios)

The maps and the contingency plan are part of the Hazard Mapping and Assessment for Effective Community-Based Disaster Risk Management Project, also known as Project READY. This initiative was supported by the Australian government and the United Nations Development Programme. (READ: Fault-finders, storm-chasers: Hazard mapping in the PH)

Carlos said the challenge now is the implementation of the operations plans. Hoping to conduct a nationwide earthquake drill next year, he asked for the participation of the LGUs to make communities more aware of the plans. In the same event, Donna Sanidad of the Climate Change Commission also launched the Knowledge-management Community of Practice website.

The site aims to disseminate credible information on climate change adaptation and disaster risk reduction to LGUs and community members.

Banking on knowledge sharing, the Community of Practice website created a forum section where DRR-CCA experts can share information and talk to the users of the site about queries on hazards or lessons learned.

According to Sanidad, they will be training LGUs on how to use the site starting next year. – Rappler.com