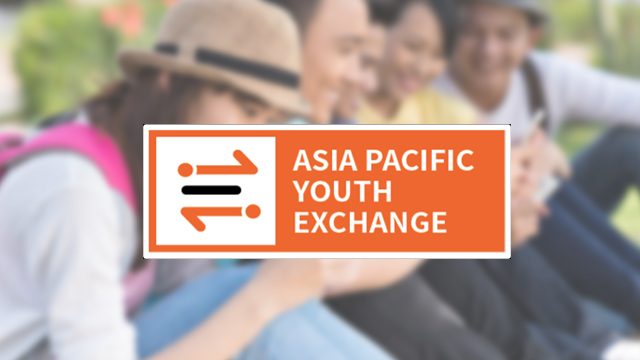 MANILA, Philippines – What can the youth do to make the Sustainable Development Goals (SDG) a success?

In terms of numbers alone, the United Nations Economic and Social Commission for Asia and the Pacific (ESCAP) estimated that the youth, aged 15 to 24, comprised 16% of the region’s population in 2015 – almost a billion people.

The Asian Development Bank (ADB) Youth Initiative is planning to harness those numbers to make the SDGs, or Global Goals, a success. By launching the campaign to make 2016 the Year of the Youth for the Global Goals, ADB believes it can count on the one billion youth in the region to work towards the SDGs.

The UN created the SDGs, or Global Goals, to replace the Millennium Development Goals. The 17 goals and 169 targets hoped to be more comprehensive than their predecessor.

During the Asia Pacific Youth Exchange’s (APYE) International Youth Conference, Christopher Morris, head of the NGO Center and Civil Society Center (NGOC) at ADB, told students and young professionals they “will be key to the success of the SDGs.”

“By answering the call and bringing your unique skills, passions, and resources to solve the world’s greatest problems, you become the heroes that the world needs today,” Morris added. (READ: What we brought home from #YES4SDG)

The APYE, a two-week program involving around 250 young leaders, is part of the campaign launched at the beginning of the year. Participants underwent training on the SDGs before immersing themselves in a local community to look for solutions to their problems.

Morris said APYE was just part of their overall plan in 2016 to mobilize the youth to contribute to the SDGs’ success.

“We’re looking for participation and contributions from young people,” Morris said of the campaign.

Explaining his wish to get all of Asia’s youth involved, Morris said, “Everybody can participate.”

Conference participant Grace Vicedo, a student, said meeting the targets required everyone’s participation. “Everyone really has to work at it for it to succeed, and I think it won’t work if only one sector of the community will help.”

Inclusiveness was one of the buzzwords when the SDGs were first launched. The positive outcome of the goals should be inclusive, but it also meant everyone had to do their part to ensure its success as well. (READ: World leaders commit to ‘people-centered, transformative’ Global Goals)

While action during the APYE involved a combination of big ideas, Morris does not think this limits participation. According to him, something as simple as knowing and practicing proper hygiene or segregating garbage would go far.

Because of this, the campaign would include supporting actionable plans like innovations and social enterprises, and also going to the local communities to promote the SDGs and the simple ways of contributing to them.

Even the APYE participants’ ideas were straightforward. One group suggested creating a device that allowed people to plant on top of the water’s surface.

This concept surprised Pat Reyes, another student. “A small thing can actually make a big difference. It just depends if you really want to make it happen,” she said.

However, Morris acknowledged the challenges facing the youth, particularly skepticism and lack of awareness. He said the youth could not make a difference if those in leadership positions would not listen.

Without young people’s participation, the region loses not just numbers, but  also its creative energy. “We don’t have to train the youth to be innovative or energetic,” Morris said.

According to Morris, giving the youth opportunities meant equipping them with the knowledge that they could make a difference with small measures, guiding them in areas they do not understand, and letting them be heard.

“The thing about the youth is, the door only has to be open a crack, and they will blow it wide open,” Morris said. – Rappler.com