PODCAST: There’s an HIV law in the PH? 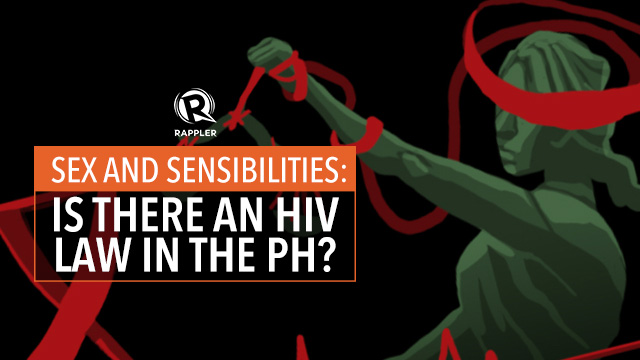 MANILA, Philippines – When the Philippines passed the HIV/AIDS Prevention and Control Act in 1998, it was celebrated as a pioneering law that primarily aimed to protect the rights of people living with HIV (PLHIV) and prevent the escalation of new HIV infections.

It was still the early days of the epidemic and only a few countries had a law that clearly defined what constituted discrimination, outlined education and awareness policies, and emphasized the management of prevention strategies through the establishment of the Philippine National AIDS Council (PNAC).

Jonas Bagas, an HIV activist and former executive director of The Library Foundation (TLF) remembers that time. “The HIV law was actually a gift by then president Fidel V. Ramos to the Asia Pacific HIV community when the international Asia Pacific AIDS Conference was held here in Manila. It was well lauded by the international community.”

Now, almost 20 years later, the current HIV/AIDS law looks like an anachronism in light of the current epidemic faced by the Philippines.

New infections on an uptick

It was around 2009 when HIV infections first started to spike. Since then, new HIV infections have been on the uptick, rising at exponential rates and at an alarming speed.

The results of a national surveillance study released by the Department of Health (DOH) last November showed that HIV infections increased by close to 800% in the 15 to 24 age group from 2001 to 2015.

“We need to allow young people to access HIV testing. We need harm reduction programs (for people who inject drugs). We need to overhaul our legal framework on HIV,” said Bagas.

Bagas guests on this week’s Sex and Sensibilities podcast to talk about the need to update the country’s legal framework on HIV and the amendments proposed by lobbyists, activists, and public health experts to modernize the HIV Law.

“The current law is designed for general population epidemics. Awareness activities are not targeted and don’t really inform important sub-populations about what they can do to prevent HIV infection and where they could get treatment,” argued Bagas.

“It also has a very poor articulation of how government should be spending its resources for HIV programs,” he added.

Apart from stating a budget for the PNAC, the current HIV law leaves the budgeting for specific HIV programs to the Department of Health and local governments. The result is often selective and disjointed funding of prevention programs – all of which are dependent on the subjective priorities of government officials.

“What we need now is a properly funded national AIDS program with local articulations. The epidemic has changed so the way we govern the response (also) has to be changed,” said Bagas.

In the 1990s, the main mode of transmission was through sexual contact among heterosexuals.

While the main mode of transmission remains to be sexual contact, over the last decade, the virus has shifted to mostly men having sex with men (MSM). In certain areas like Cebu City, the problem is seen among injecting drug users.

“We need flexibilities in our approaches. The current law is for general population epidemic, but we need prevention 2.0. We need treatment 2.0. And that should be within the mandate of the Department of Health and the National AIDS Council to enforce,” Bagas suggested.

A bill proposing amendments to the 1998 HIV and AIDS Prevention Act was filed and approved by the House of Representatives, but the Senate has not acted on the bill and it now remains pending.

“HIV will become a public health crisis in the next administration. Once it reaches 1% of the general population, it would cost the government a lot to address the epidemic,” added Bagas.

Find out more about the need to modernize the HIV Law by listening to this week’s Sex and Sensibilities podcast. – Rappler.com

This story was supported with a grant from the Pulitzer Center on Crisis Reporting.