ANTIPOLO CITY, Philippines – What were you busying yourself with when you were 10 years old?

Most kids would rather play with dolls or cars, but at the age of 10, Isabel Sieh, started teaching herself how to code.

“I’m Isabel Sieh, 12 years old, and I love to code,” the girl said as she introduced herself to kids her age in an elementary school in Antipolo, Rizal. At a very young age, Sieh wants to share her passion by encouraging youngsters to learn the programming language.

Sieh founded Girls Will Code, a community of young girls interested in coding. Girls Will Code hopes to encourage schools to teach their students basic programming language or make it an after-school activity.

“When I was around 10 years old, my teacher noticed that I really love math so he suggested that I start coding. He showed me this website called Code Academy,” the young girl said.

At 10, she started learning Hypertext Markup Language and JavaScript through online classes. HTML is a standardized system for tagging text files to achieve font, color, graphic, and hyperlink effects on World Wide Web pages while JavaScript is a programming language that makes websites interactive.

As she advanced, Sieh felt limited with what she learned online. When her mother, Ronna, found out about her interest in coding, she got her tutors.

“When you’re in a community, it’s easier,” Sieh said. With her mother’s suggestion, Sieh started Girls Will Code. 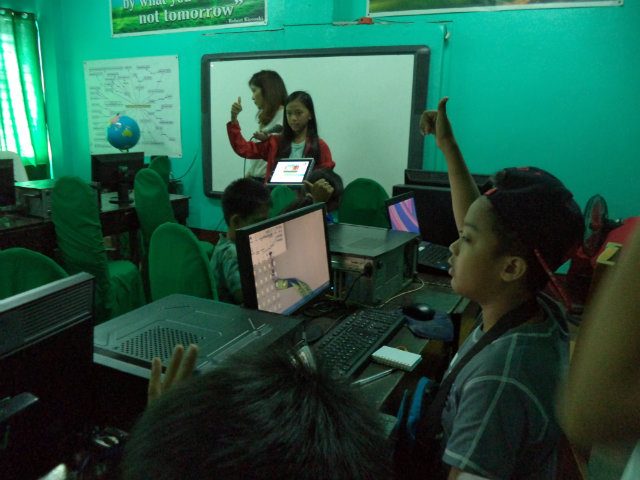 “It’s the same thing as language. As you learn early, you get really fluent,” Sieh said.

She taught the kids with Scratch Jr, an introductory programming language that enables young children to create their own interactive stories and games.

The students snap together graphical programming blocks to make characters move, jump, dance, and sing. At the end of the session, the students who worked in pairs showed to the group their projects.

“I had fun,” 10-year-old Venus Sabalbarino shared. If she were to make an app, she said she wanted it to be useful for school.

Meanwhile, Ronald Malicdem, Information Communication Technology Coordinator of the Bagong Nayon 2 Elementary School, noted that learning programming is new to students. What they usually learn in their Computer subject is how to use basic Microsoft Office applications.

“We’re looking forward to the 21st century learner. They need to be updated with the use of the technology or else they will get left behind,” Amiloso said in a mix of English and Filipino.

Very supportive of her daughter’s endeavor, Ronna encouraged children to learn coding: “As parents, we’re intimidated (at first), but we have to be open and give them space to do it.” – Rappler.com

There’s a future in coding and programming in the Philippines. Click here to find and apply for IT and software jobs!