Mar 3, 2016 1:03 PM PHT
Rappler.com
Facebook Twitter Copy URL
Copied
'Hazing has no place in a university that upholds honor and excellence,' says the UP College of Mass Communication 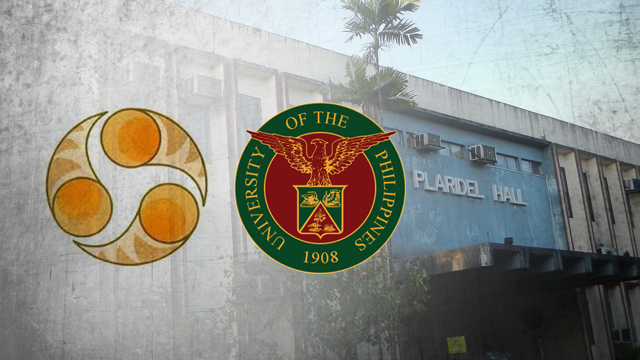 MANILA, Philippines – The College of Mass Communication (CMC) of the University of the Philippines (UP) Diliman denounced the alleged hazing practices of a student organization, which an alumna detailed in a recent Facebook post.

The statement, released on Thursday, March 3, said that the UP CMC administration condemns “dehumanizing practices of hazing, whether in the form of physical or verbal abuse.”

UP-CMC STATEMENT ON THE ISSUE OF HAZINGWe, at the University of the Philippines-College of Mass Communication,…

Posted by UP College of Mass Communication on Wednesday, 2 March 2016

A UP graduate had posted on Facebook last February 29, alleging various acts of physical and verbal abuse while she was applying for an organization. These included taunting, yelling, cursing, and activities meant to humiliate applicants.

The student organization was not identified in the Facebook post, which was public and quickly went viral.

In its statement, UP CMC asked the alumna, as well as other students who have faced abuse, to file charges so that “a thorough investigation may be done and warranted sanctions, imposed.”

UP CMC also reiterated its commitment to an “anti-hazing, pro-student welfare stance” and promised to “continue to bring the issue of hazing to the consciousness of the youth today using different and appropriate channels of communication.”

A teacher from the UP CMC Department of Journalism, meanwhile, warned against media’s “sensationalized” reporting.

“The FB post of the concerned alumna deserves further investigation and the sensationalized manner of reportage does not help in making sense of the issue,” associate professor Danilo Arao told Rappler.

“Graphic depiction of what the alumna allegedly went through does not help raise the level of discourse.”

Hazing in the Philippines

Hazing has been a persistent problem in various schools in the country. In one case, a 14-year-old student died in 2015 after experiencing physical abuse, which police suspect was the result of hazing.

The Philippines has an anti-hazing law, Republic Act 8049, but it only regulates hazing and does not ban it completely.

A bill from Valenzuela City Representative Sherwin Gatchalian, which was passed by the House of Representatives in June 2015, aims to prohibit all forms of hazing. (READ: Bill seeks to ban hazing in and out of schools)

In the explanatory note for his bill, Gatchalian said the existing law has been ineffective in preventing hazing. – Rappler.com