Challenging millennials to be environmental champions

Mar 9, 2016 8:20 PM PHT
Stephen Pedroza
Facebook Twitter Copy URL
Copied
Everyone has a role to portray if we are to sustainably manage our natural resources for the present and future generations 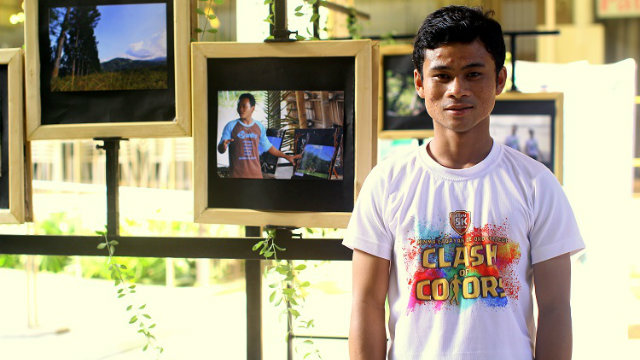 Samontao was one of the 30 participants of the recently concluded Ridge-to-Reef Young Leaders Camp (R2RYLC) that brought together young people from among resettlement and riverside barangays in Cagayan de Oro City and Lumad communities in Bukidnon.

“The interconnectedness of Mt Kalatungan in Talakag, Bukidnon, and Cagayan de Oro river basin is very important to all of us, not just among the Lumad,” Samontao said in a mix of English and Bisaya.

Samontao noted how conditions in the city affected their livelihood in the highlands.

“When there is a calamity in CDO, our agricultural products don’t get delivered. They end up stored in our farm houses until they spoil,” he said.

The R2RYLC focused on raising environmental awareness and management of natural resources in participants’ communities.

Through a photo exhibit and a concert held on March 5 at Centrio – Ayala Mall in CDO, the young environmental advocates presented green initiatives they developed at the camp.

Samontao’s team came up with the Sea-to-Summit Project after undergoing workshops on grassroots planning, local land governance, ecosystem conservation, and idea creation for their own information, education and communication (IEC) projects.

“Working with 30 young people coming from diverse backgrounds,” said project coordinator Xyla Mercedita Gualberto, “I have seen that they have one thing in common: They are genuine in wanting to change the word one step at a time. They have the energy and the willingness to work for what they want.”

Protecting what you love

Samontao is a member of the Talaandig tribe in Mt Kalatungan, one of Bukidnon’s prized giants.

“In our culture, we have a deep connection with Kinaiyahan (Mother Nature) and we take it as an important role to protect the forests…We believe that the forest is the home of spirits that protect us.”

“If you truly believe and love something, you always protect it no matter what,” he added.

Samontao’s team also participated in the greening project initiative of the local government of Opol, a coastal municipality in Misamis Oriental. The team conducted a forum on climate change in villages and school campuses while also participating in clean-up and mangrove-planting activities in the area.

“I joined this camp because I wanted to share what I know about conservation and protecting our environment,” Samontao said. “I have observed that storms are frequenting Mindanao in the past few years, and we need to do something in our own ways to minimize the risks.”

Cagayan de Oro City acts as the catchment basin of the Northern Mindanao’s upstream bodies of water. The city’s riverbank communities are often exposed to risks like massive casualties and significant damage to property during strong typhoons.

Ridge-to-Reef Camp project supervisor Evans Yonson believes the partnerships at the local level as crucial to the sustainability of “green initiatives.”

“The 6 projects developed and implemented by the campers have established partnerships at the local level,” he said. “We made sure during the camp that their projects were done at a familiar locale.”

The Ridge-to-Reef Young Leaders Camp opened doors to young people to contribute to a region-wide environmental crusade and to represent a struggling culture faced with modernization.

As one of the few high school graduates from Miarayon to pursue college, Samontao is grateful for the opportunity to inspire his fellow youth in the highlands. Now a first-year education student at Cagayan de Oro College – PHINMA Education Network, he is adjusting to the bustling city life while keeping the pride and tradition as a Lumad alive. 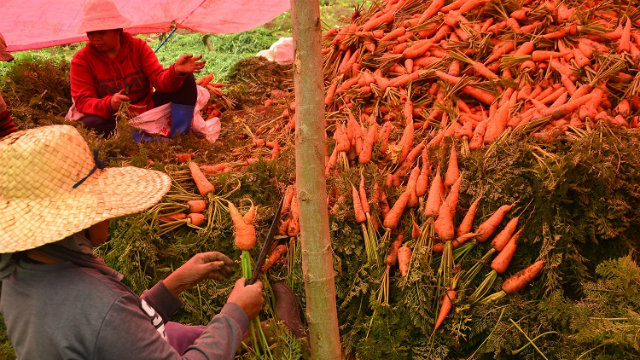 For Samontao and other young environment champions who attended the camp, protecting the environment doesn’t have to be a daunting undertaking — small acts combine into a collective impact.

“It might sound repetitive but this is our common home, and you and I have the responsibility to take good care of it,” Samontao said as a challenge to his fellow millennials.

“And we can start while we are still young.” – Rappler.com

A Rappler contributor from Cagayan de Oro City, Stephen Pedroza, 23, is a graduate of Development Communication major in Development Journalism at Xavier University – Ateneo de Cagayan. He attended a course on new media in journalism at Ball State University in Muncie, Indiana.