WATCH: The drought protest that turned bloody in Kidapawan

Apr 2, 2016 5:03 PM PHT
Rappler.com
Facebook Twitter Copy URL
Copied
Two farmers are killed and 116 are hurt during the dispersal of the drought protest in Kidapawan City on Friday, April 1 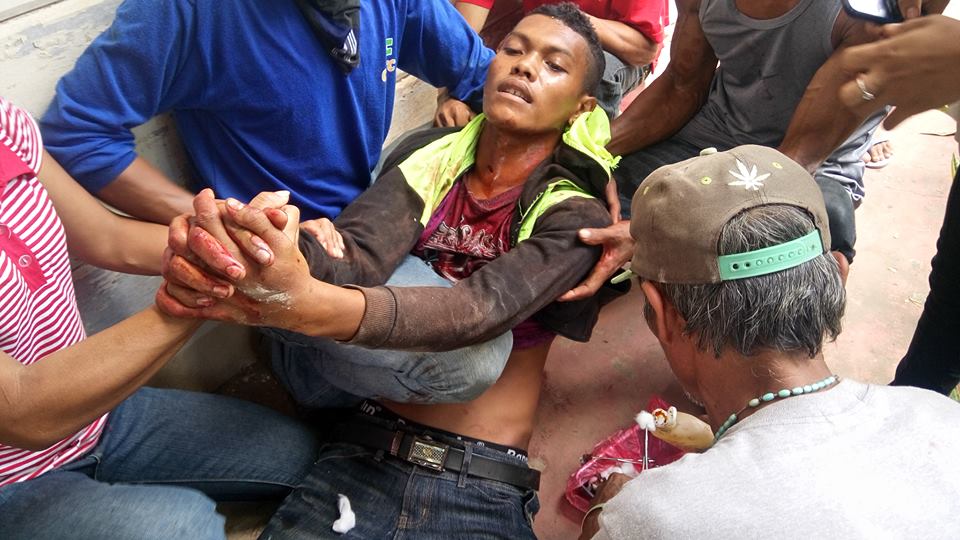 MANILA, Philippines – At least two farmers were killed and 116 others were wounded Friday, April 1, when police dispersed a drought protest action in Kidapawan City, authorities said.

The Philippine National Police (PNP) said 116 were hurt during the scuffle – 23 rallyists and 93 policemen. Sixteen people were also wonded and confined in the hospital for further treatment.

The protesting farmers are asking for help from the government due to the effects of a drought in the area.