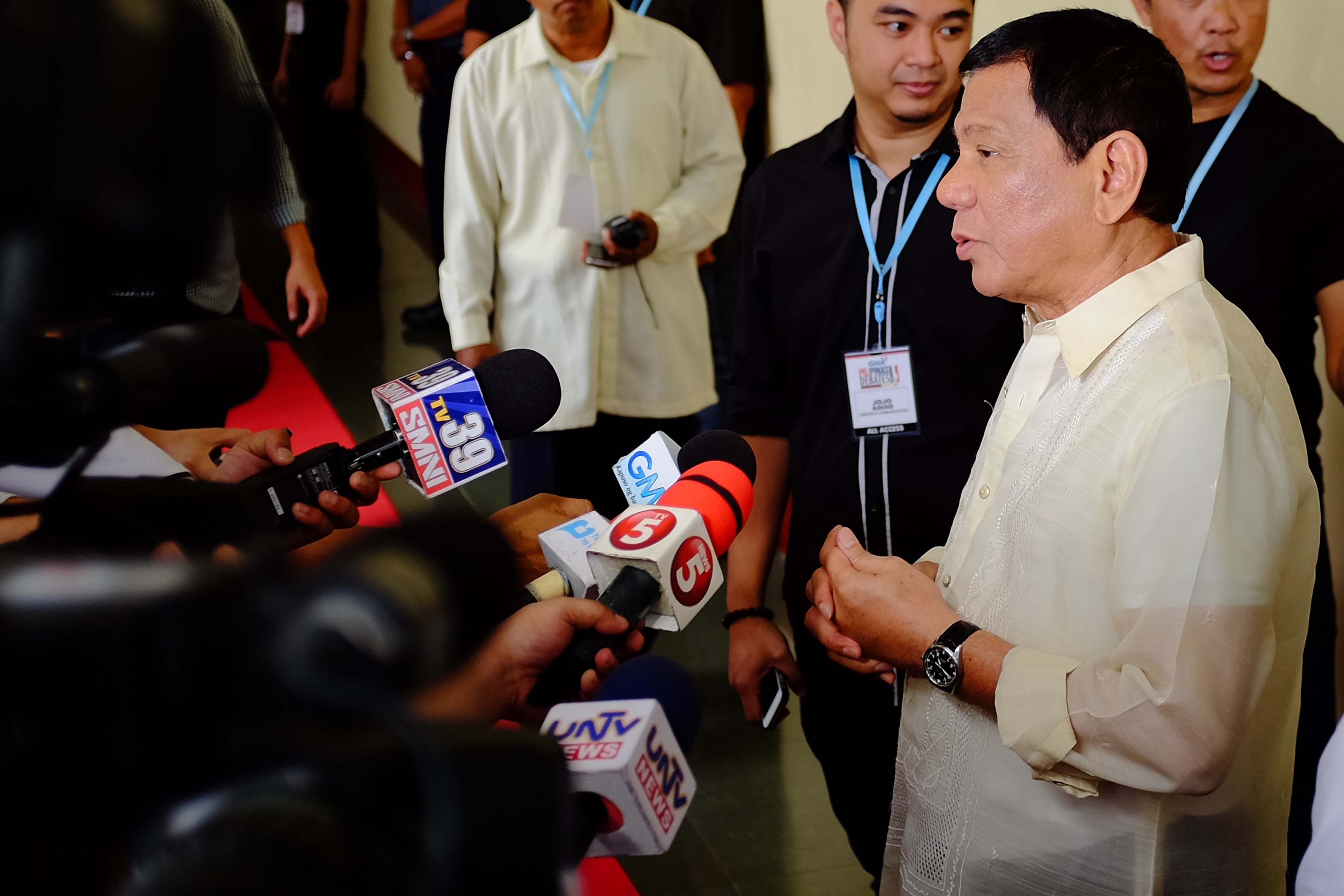 CAGAYAN DE ORO CITY, Philippines — Cagayan de Oro City preferred Davao City Mayor Rodrigo Duterte to be the 16th President of the Republic of the Philippines, according to the results of the Xavier University’s Kinaadman Research Center (KRC) survey.

Duterte took the top spot in the presidential race with 47.50% of votes in CDO, the capital city of Misamis Oriental, which has 305,321 registered voters for the May 2016 elections.

Senator Grace Poe, who received 19.13% of the votes, was in a statistical tie with Vice President Jejomar Binay, who garnered 16.3%.

Former DILG Secretary Mar Roxas landed in the 4th place with 12.25%, while Senator Miriam Santiago got the last spot with 0.13%.

According to the survey, only 4.62% of the respondents were undecided. The margin of error is at plus or minus 3.5 percentage points.

The survey on voters’ preference for national and local candidates was conducted from March 12 to 16, after the first presidential debate was held at Capitol University in CDO on February 21.

The race for the second highest position in the country is shaping up to be a tight one in CDO.

Around 7.25% of the voters in CDO are still undecided. The margin of error is at plus or minus 3 percentage points.

A statistical tie among the candidates showed that none of them has a significant lead over the other contenders or that any of them can win the particular position.

Fully funded by Xavier University, KRC surveyed 800 proportionally distributed respondents from Districts 1 and 2, using a systematic random sampling in the selection of households.

A second survey will be conducted by KRC closer to the election date, with an expected release date on the first week of May.

Known as the “Gateway to Northern Mindanao,” the vote-rich city of Cagayan de Oro boasted an 80.61% voter turnout in 2013.

CDO also serves as the regional center and central business hub of Region X or Northern Mindanao, the second most vote-rich region in Mindanao with 2.46 million registered voters. – Rappler.com