#PHVote: AMA students pledge to use social media for change 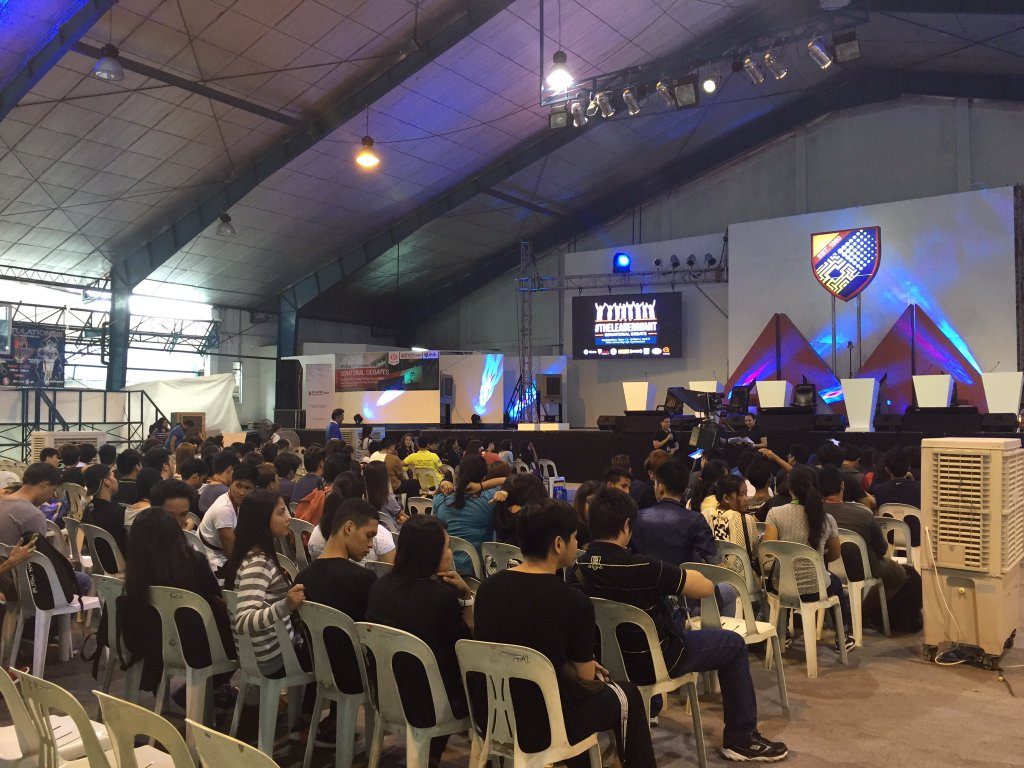 Facebook Twitter Copy URL
Copied
At the #PHVote workshop on April 8 held at AMA University, students say that instead of bullying others online, they will use social media to inspire change

MANILA, Philippines – In the battle between continuity and change, where do students and social media fit?

At the #PHVote workshop on Friday, April 8, held at AMA University, many of the students present said they are going to use social media to inspire change.

“I learned not to post just anything on social media,” said Ayin Medina, a BS Computer Science student from AMA Quezon City, in Filipino.

Another student, Ivan Nueno from AMA Cavite, echoed the necessity of the responsible use of social media. “Mas magagamit namin ang social media in the right way, kaysa mam-bash or something,” he said of the experience.

(We can now use social media in the right way, instead of bashing or something.)

During the workshop, Rappler’s social media head Stacy de Jesus and Rappler CEO Maria Ressa talked about the role social media will play in the elections, and how students can use it to promote social good.

Social Media Head of Rappler and AMA University alumna, Stacy De Jesus, shares her knowledge on how to use social media to drive change to AMA Education System students at the #TheLeaderIWant Senatorial Debate. #inspiration #AMAzingAlumni

De Jesus encouraged the audience to be active on social media without resorting to hate speech online. To highlight her point, De Jesus shared the stories of student Stephen Villena and advocate Ayeen Karunungan, recent victims of online bullying.

Meanwhile, Ressa stressed on the power of social media to empower the youth in choosing the leaders the country deserves. She highlighted the social good that can emerge from social media use.

“How do you take the power you already know and already have and use it for the elections?”

She discussed as an example how the most influential accounts during the #SaveMaryJane campaign, which helped pressure the Indonesian government to stay the execution of the Filipina mother of two, were not those of official news outlets but accounts of ordinary netizens. (READ: How the viral petition to save Mary Jane Veloso reached Jokowi)

During the break in the workshop, students said they would use technology for positive campaigning.

Medina, whose interests include technology, said the workshop “triggered my being active on social media, especially when Stacy said we can change things. Just because we’re young, doesn’t mean we should be passive.”

According to Ressa, social media will play a key role in the elections. “This year is a tight race,” she said.

The Pulso ng Bayan survey conducted from March 12 to 18 placed Poe at first with 27%, while Davao City Mayor Rodrigo Duterte was second with 24%, and Vice President Jejomar Binay got 22% of the vote.

With a virtual tie, the youth will play a key role in deciding the race’s outcome.

Ressa also encouraged them to call out candidates for their wrongdoing and hold them accountable.

“Go against the crowd. Tell the emperor he has no clothes.”

More than 1 in 3 registered voters for the 2016 elections are under 35 years old. Another thing going for them is their familiarity with technology and social media, both being important tools in influencing voters.

If the reactions of the students are anything to go by, then it looks like they heeded the call.

(We can influence our parents and those who will vote for our future.) – Rappler.com