Vote selling among the poor a ‘logical’ decision – think tank 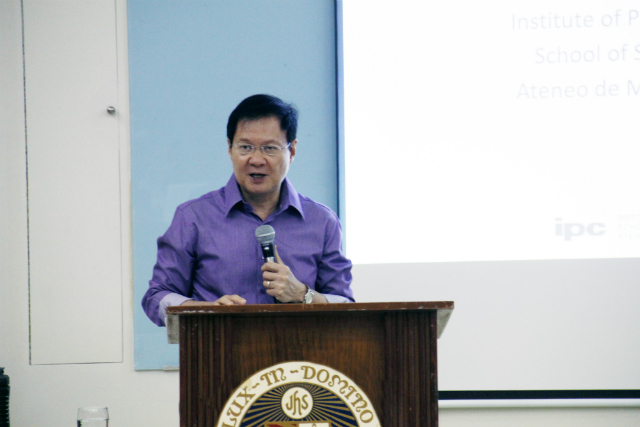 MANILA, Philippines – For poor voters, vote selling is a “logical” choice, in contrast to the notion of “bobotante” (uneducated vote), according to a study of the Institute of Philippine Culture (IPC).

In a press conference in Quezon City on Monday, April 25, the think tank presented the preliminary findings of their research on how poor voters make their decisions.

Dr. Filomeno Aguilar, head of the research team, said that they are proposing a change in discourse, as most people “assume that the poor do not know what they are doing.”

“We should not see the poor as uniform. What they say about the election is different based on their situations,” said Aguilar.

The poor were classified as among those in the rural areas, urban cities, disaster-stricken communities and those in conflict situations. They were represented in the research by Camarines Sur, Quezon City, Tacloban City and Zamboanga City, respectively.

In the Philippines, vote buying and vote selling have been part of every election, despite laws prohibiting it.

Vote buying is an open secret among several communities, yet it is among the hardest election offenses to prove. (READ: The many ways of buying votes) 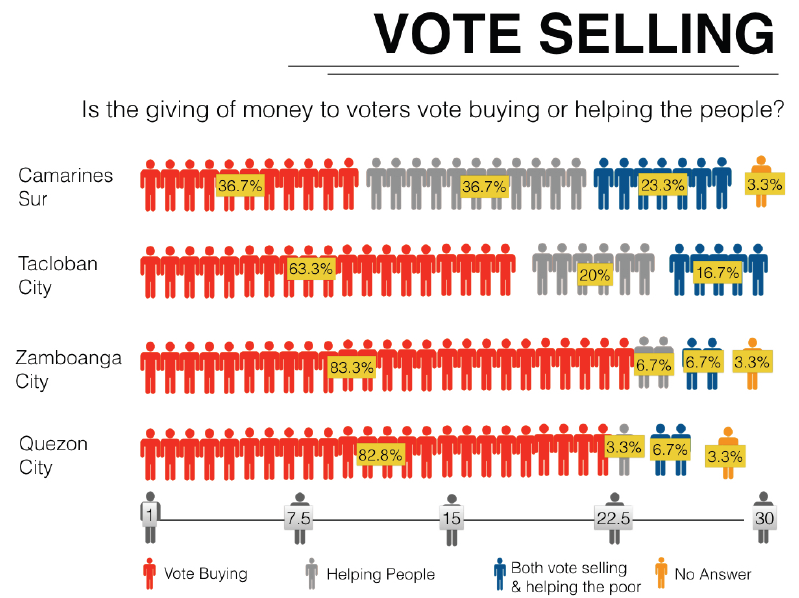 According to Aguilar, the poor communities they surveyed generally consider giving money during elections as a form of vote buying.

This is evident in the conflict areas of Zamboanga City and urban poor families in Quezon City. Majority of those surveyed said that money is given out to buy their votes.

However, Aguilar said that rural poor voters may also see it as a form of help.

According to the labor department, minimum wage in the Bicol region is only about P230 to P265 as of December 2015.

“Cash that comes their way is seen as very crucial,” said Aguilar. 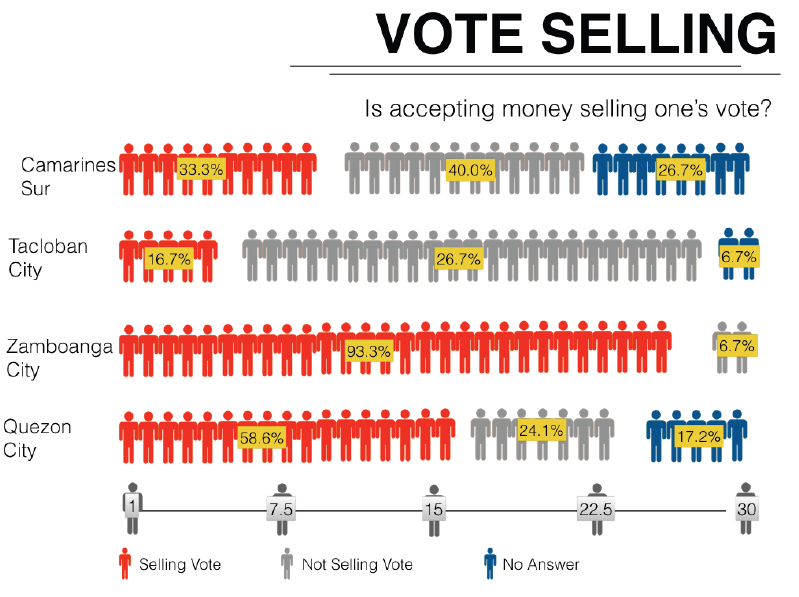 Poor voters from disaster areas and rural communities tend to accept the money, but still have the choice of not voting for the candidate who provided it.

“These people are willing to receive the money, but are also willing to use their agency,” sociologist Jayeel Cornelio of the IPC said.

Perception of the poor

According to Cornelio, there are different ways in understanding the concept of vote buying among the poor.

“Moral implications cannot be denied in vote buying,” he said.

The researchers classified these perceptions as the following:

For some voters, they see money as a form of grace. Cornelio said that they see it as a “blessing” to aid in their needs.

For others, they consider the money as something they deserve because it comes from the tax they pay from goods bought.

“They are aware of VAT (value-added tax). It gives them the ability to get what is theirs in the first place,” Cornelio said.

There are also those who see vote buying as rendered, easy service.

Meanwhile, Ateneo sociologist Jose Jowel Canuday explained that these voters reason that selling their votes are services that they can offer. It can also be regarded as easy money during emergency situations.

These people would rather not spend it on productive ends, but on material things or luxury items, such as alcohol.

“They are conscious about what they did, but are left with unquestionable dilemma,” said Canuday.

According to Canuday, voting receipts underscore the fear of some who do not actually sell their votes, but accept the money.

Last March, the Supreme Court required the Commission on Elections to issue voting receipts for the May 9 national and local polls.

“It does not have unique identifiers. It cannot be used for verification that a person actually voted for a candidate,” said Aquino.

The Commission on Elections has issued a resolution warning that those who take home their voting receipts may be punished under Section 261 (z) (12) of the Omnibus Election Code.

The Omnibus Election Code mandates that any person found guilty of an election offense “shall be punished with imprisonment of not less than one year but not more than six years, and shall not be subject to probation.”

But Dr Lisandro Claudio, IPC research associate, said that even if those who engage in such activities do not vote, there are still subtle enforcement mechanisms.

“Some still abide. It is their moral responsibility, an agreement they agreed into,” said Claudio. – Rappler.com