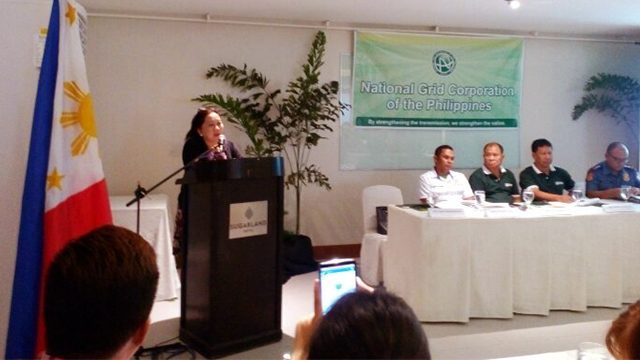 Facebook Twitter Copy URL
Copied
Some 800 out of the 2,556 vote-counting machines for Negros Occidental have been successfully transferred

BACOLOD CITY, Philippines — Bacolod election officials affirmed that Bacolod City is 100% ready for the upcoming elections in an election briefing at Sugarland Hotel on Thursday, April 28.

Election Officer lawyer Mavil Majarucon Sia added that the teachers, who will operate the vote-counting machines (VCM), are already prepared. (READ: Save the date: Rappler, DepEd livestream training for BEIs)

A partial shipment of the VCMs for Negros Occidental started Wednesday, April 27, with 800 out of the 2,556 VCMs for the province successfully transferred.

The province-wide final testing and sealing of the VCMs will be at 9 AM of May 6. This will give time to seek replacements if some of the VCMs are defective, Sia said.

After presenting Comelec’s plans and procedures for the elections, Sia also addressed some of the community’s concerns, specifically the use of cellphones inside voting precincts and clarifications regarding the ballot receipt.

Voters can bring cellphones inside the voting precincts but they are not allowed to use it, Sia clarified.

Sia reminded the public that bringing the voting receipt outside the precinct is an election offense. (READ: EXPLAINER: Can voters be jailed for taking voting receipts out of precincts?)

To address this, the voting time will start an hour earlier and will extend if there are still voters lining up after 5 PM.

The National Grid Corporation of the Philippines (NGCP) also assured that more than enough power supply will be provided for May 9.

COMELEC estimated a minimum of 3 days and a maximum of one week to manually input the voting results of Negros Occidental.

Negros Occidental, a part of the recently-created Negros Island region, has 1,663,492 registered voters for the May 9 polls, making it the 5th most vote-rich provinces in the country.

“Rest assured that we are really trying our very best to be able to give our country credible results this coming elections,” Sia assured the public. – Rappler.com

Claudia Gancayco is one of Rappler’s lead Mover in Bacolod City.