Who will sit on the throne of Cagayan de Oro City?

May 5, 2016 11:53 AM PHT
Stephen Pedroza
Facebook Twitter Copy URL
Copied
The face-off for the seat of the 'Gateway to Northern Mindanao' revolves around a re-electionist, an incumbent representative, and a former mayor 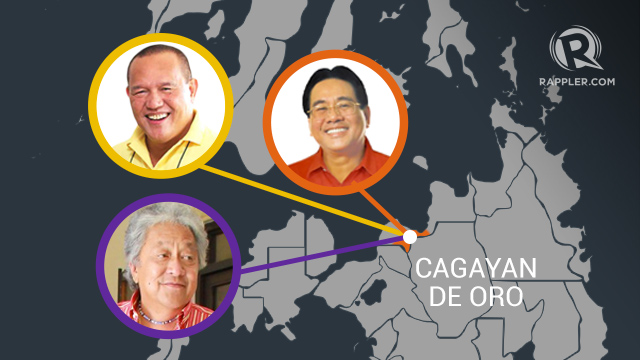 CAGAYAN DE ORO CITY, Philippines — The race for the mayoral throne of Cagayan de Oro City is shaping up to be a clash of three colors — yellow, orange, and purple — out of the 6 Comelec-approved candidates.

As CDO continues to wave its banner as the “City of Golden Friendship” for its touted economic development, the question throbs: Who will hold the key to the “Gateway to Northern Mindanao” for the next three years towards greater prosperity?

The face-off revolves around a re-electionist, an incumbent representative, and a former mayor. The three of them are recognized as veteran politicians, family men, no strangers to controversies, belonging to major and moneyed political parties, and in the past, have served as elected officials for the city and the province of Misamis Oriental.

Besides being home to 305,321 registered voters for the May 2016 polls, the capital of Misamis Oriental serves as the regional center and central business hub of Region 10 or Northern Mindanao, the second most vote-rich region in Mindanao with 2.46 million registered voters.

Let’s get to know the 3 candidates, their background, political streak, platforms, allegiances, and scandals.

The spell of yellow and straight path 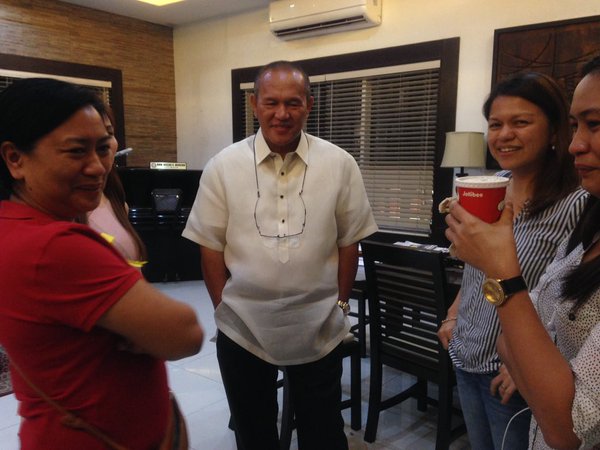 Moreno, a graduate of Bachelor of Arts at the University of Manila, proceeded to law school at San Beda College in Manila and passed the bar exams in 1975.

He worked for the Philippine National Railways (PNR) as legal counsel, as well as for different financial institutions such as the Ayala Investment and Development Corporation, Bank of the Philippines Islands, Citibank, Ayala Life Assurance, Inc. and FGU Insurance Corporation.

In December 2000, Moreno was one of the members of the House of Representatives who impeached and prosecuted then President Joseph Ejercito Estrada.

During the May 2013 elections, he ran and dethroned then mayor Vicente “Dongkoy” Emano as CDO’s highest official, and now he is vying for another 3 years to be in power.

In his spirited speeches, Liberal Party’s Moreno has repeatedly emphasized the need to address the recurring power outages through the promotion of renewable energy in Mindanao. Moreno opts to continue what he has already started, stating the changes and programs in place during his “hapsay” (orderly) administration.

“Local government should be less reliant on the national government. We can do it! We have been doing it!” drummed Moreno, having been confident in his term as mayor of the city – garnering awards that boast of the city’s improvements under his leadership.

According to Moreno, sustainable power attracts more investors. Thus, he is pushing for the rehabilitation of the Agus and Pulangi hydroelectric power complexes, the two major energy sources of CDO.

“We are not just Cagayan de Oro per se, but CDO being the center of Northern Mindanao, being the flagship of the region, the convergence point,” Moreno said.

During Moreno’s mayoral term, the National Competitive Council (NCC) hailed Cagayan de Oro City as “Top 2 Most Competitive City in the Philippines” in 2014. However, it slid four ranks below in 2015.

However, Moreno and acting city treasurer Glenn Bañez were dismissed from office in November 2015 due to the gross misconduct over a tax deal with Ajinomoto Philippines. They were later reinstalled after a 60-day temporary restraining order (TRO) issued by the Special 22nd Division of the Court of Appeals.

As in his previous campaign discourses, most recently during the “Final Debate: CDO Mayoral Candidates Faceoff” on April 28, Moreno also touted his non-approval of the present city council on the budget for the rehabilitation of the Zayas landfill and called it a form of “political bondage.” But he is confident that the proposed closure of the dumpsite will finally be realized if the councilors from his ticket will be elected.

Moreno took pride in having a stronger City Disaster Risk Reduction and Management Council under his administration. New equipment, such as early warning devices have been installed in disaster-prone areas, he said. In addition, the incumbent mayor plans to build more classrooms and health care centers.

With just days left before the May 9 elections, results of the latest XU’s Kinaadman Research Center (KRC) poll survey reveal that the 65-year-old Moreno is now in a double-digit lead over his competitors.

Will the “Tuwid na Daan“(straight path) work its magic once more for Moreno? Will he be able to stay in power? 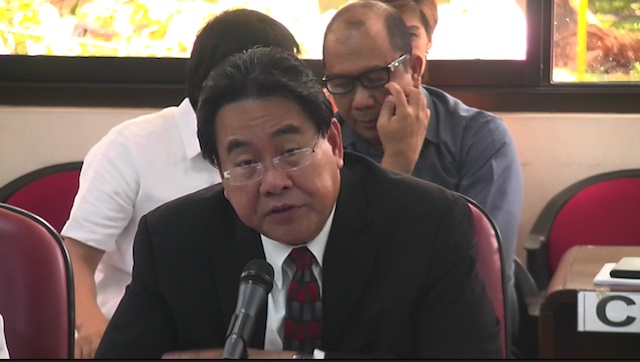 It is no secret that Congressman Rufus Rodriguez would readily trade his 9-year-old post at the House of Representatives to conquer a new territory as he sets his sights on the mayoral seat of CDO. His younger brother Maxie runs for a congressional seat this time.

Born on September 13, 1953 and raised in CDO, armed with his “promising track record of academic excellence and political will,” Rodriguez knows what he wants for his beloved hometown. He says, in his campaign speeches, he is a lot of things — a God-fearing man, a friend, a brother, a family man, and most importantly, a humble servant of the good people of CDO.

As a congressman, a position he has held since 2007, he has passed some 997 bills and resolutions, with 9 bills eventually became laws. He is also one of the co-authors of the controversial Bangsamoro Basic Law (BBL).

His political party is the Centrist Democratic Party and his allegiance belongs to the presidential bid of the tough-talking, front-runner Davao City Mayor Rodrigo Duterte.

Rodriguez, however, forms part of the long list of government officials being accused for his alleged involvement in the colossal pork barrel scam. (READ: Despite PDAF complaints, lawmakers file candidacies for 2016 polls)

During campaign rallies, Rodriguez has boasted the 26 health centers modernized under his congressional term and he plans to do the same in the two districts of CDO, should he be elected as mayor.

“Health is very important, we should be able to bring services from the city hall to the communities. The problem is that our people get sick but health centers do not have medicines,” he said.

On education, Rodriguez said that should his ticket be elected, they will establish the first Cagayan de Oro City Public College for poor and marginalized students, citing the examples of Pamantasan ng Maynila and University of Makati where the LGUs are the ones paying for the students’ tuition and other school fees.

Referencing his co-authorship of Republic Act 10174 or the People’s Survival Act, Rodriguez said that Team RUFUS HARUS will strengthen the DRRM units and initiatives in every barangay in CDO to adapt to climate change. “We will declare CDO as a mining-free and log-ban zone to help mitigate disasters in the region. We will also relocate those in geo-hazard, disaster-prone areas.”

Like Moreno, Rodriguez said he supports the closure of the Zayas open landfill. The latter also urges the crowd to follow the teachings of Pope Francis in his encyclical “Laudato Si,” which underscores collective and holistic approach to ecological conservation and protection.

“I was born and raised in CDO. It’s important to think of our brethren, the poor and the marginalized sectors — all for greater glory of God,” declared Rodriguez.

Far behind in second place from Moreno in the KRC survey results, Rodriguez’s rating remained fixed at 26%. He takes the second spot. 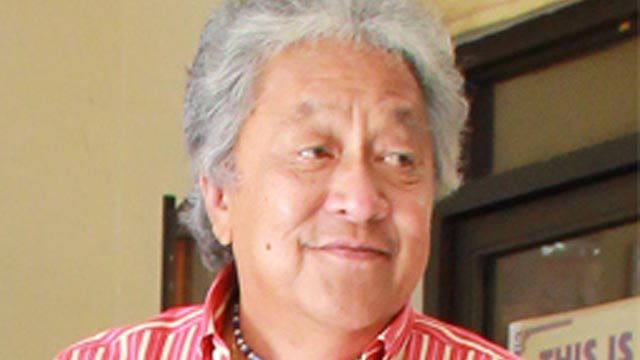 The presence of former City Mayor Vicente Yap Emano, who is seeking redemption in city hall, during the final mayoral debate on April 28 assured the audience that, contrary to rumors of poor health, the 75-year-old PaDayon Pilipino front-runner is in excellent condition to lead the city again.

A seasoned politician, Emano has served CDO, the town of Tagoloan and the province of Misamis Oriental as elected official in various capacities. Born in Santa Ana, Tagoloan, he graduated elementary at the Tagoloan Elementary School and finished high school at St. Mary’s High School. Emano dropped out from the University of Santo Tomas and eventually finished Executive Training at the Development Academy of the Philippines in 1973. He also attended a 3-month seminar on “Cooperative and Local Government Autonomy” in Bonn, Germany in 1989.

Emano was able to reclaim the seat in city hall as mayor for the term 2010 to 2013. For this year’s elections, he supports the presidential bid of Vice President Jejomar Binay of the United Nationalist Alliance (UNA).

In spite of the alleged corruption issue laid against Emano after the 2013 elections, his administration “has been public and open when dealing with any government transactions,” said ally City Councilor Ian Mark Nacaya.

In a 2012 report of the Commission on Audit (COA), Emano and his team were criticized for the undue delays in distributing the P123.94 million ($2.63 million)  in cash donations that poured in after Tropical Storm Sendong (Washi), including the misuse of P11.5 million ($244,000), which came from the pork barrel of President Benigno Aquino III.

This year, Emano offers his 10-point agenda based on his “PADAYON VYE” slogan, of which calls to:

“Mayor Emano is the best leader that exemplifies the calls of the church, who delivered government services, the most to the poor and the helpless. Mayor Emano has been doing that with his signature government programs,” said re-electionist Nacaya when he spoke on behalf of Emano at the “Kalambuan para sa Kalambagohan: CDO Local Candidates’ Forum” on April 11.

The Emano administration plans to create a local Climate Change Commission that would be responsible for formulating and implementing development strategies to mitigate the impact of climate change in the city.

“Emano’s administration will be at the forefront in urging and seeking help from academic institutions and civil society organizations to help uplift the conditions of the poor especially the farming and fisherfolk sectors,” Nacaya assured.

The councilor also touted Emano’s Piso-Piso Program for enabling the poor and homeless to have their own housing lots for only P1. The program, which their party plans to continue should Emano win, will facilitate the establishment of various resettlement sites across the city, added Nacaya.

“Once Emano will win, we shall address the issues of all sectors. The admin would have more ears to listen to complains and petitions. I can assure you all; Emano will deliver efficient and effective services in CDO,” reiterated Nacaya.

In the latest KRC survey results, Emano dropped to 22%, down 10 percentage points from 32% in the previous survey. He is now in third place.

CDO’s mayoral race has other faces, too, the independent candidates: Felix Borres Jr, Romer Cabildo and Ric Saarenas. However, their ratings in the survey results are considered “statistically insignificant.”

With its territorial size of 56,966.8435 hectares, CDO is the second highest-ranking urban area in Mindanao, reputed as the most important center of a growth corridor on the northern coast of the second largest island in the archipelago.

Besides the rich agricultural and natural resources surrounding the city, CDO has given birth to various leaders, professionals, educators, artists, writers and other notable personalities in the country.

Whose political will shall be followed? Whose voice will emerge victorious on May 9? And whose color will paint the direction of Cagayan de Oro City?

The game is nearing its end and the people of Cagayan de Oro are set to decide. – Rappler.com

Rappler’s Lead Mover in Cagayan de Oro City, Stephen Pedroza is a graduate of Development Journalism at Xavier University – Ateneo de Cagayan. He attended a course on new media in journalism at the Ball State University in Muncie, Indiana.