Jerjer, Titing Dimataga, and other viral names in 2016 campaign 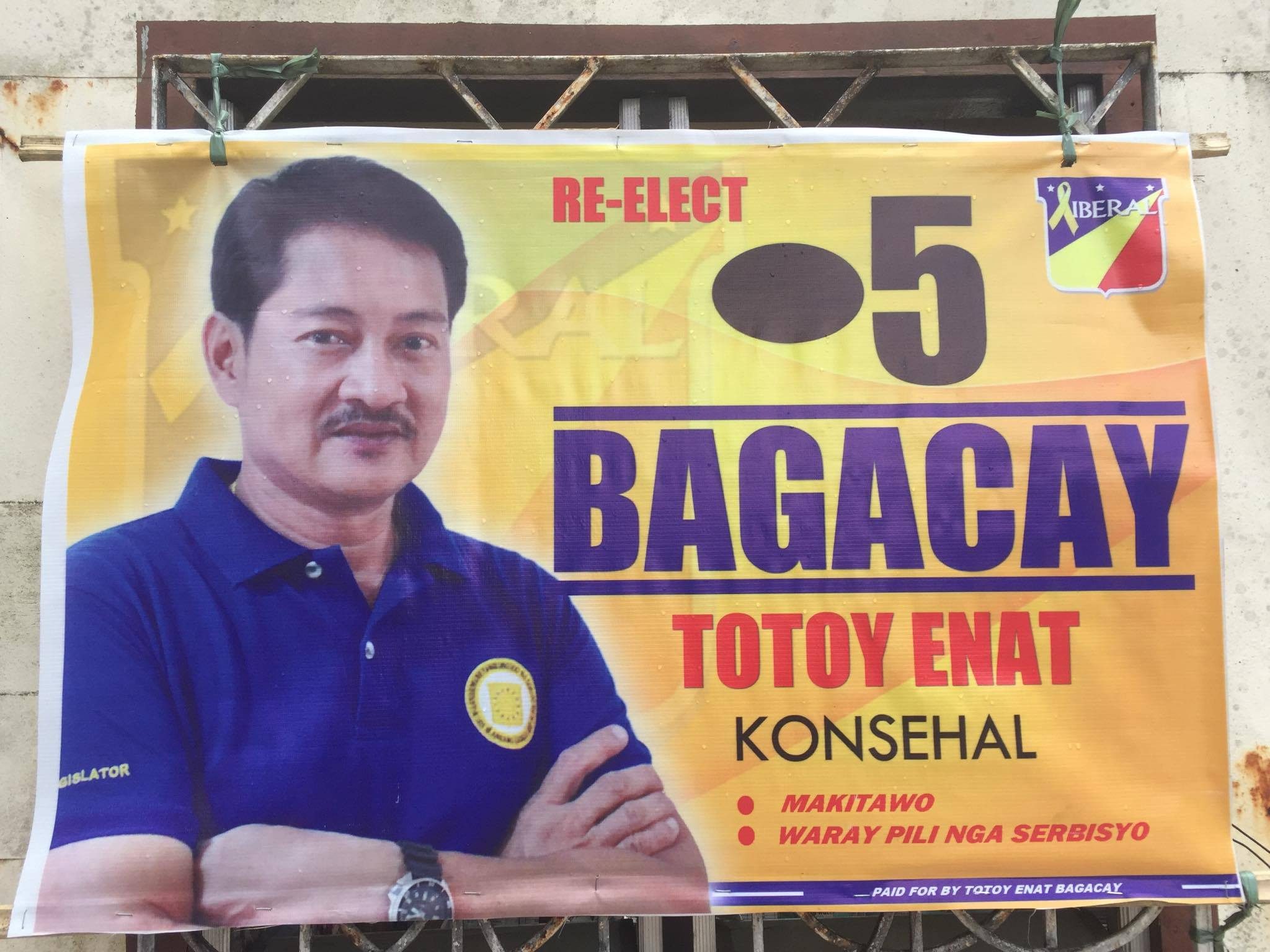 ORMOC CITY, Philippines – In the Philippines, where personality politics rules, a candidate’s name is one of his or her most powerful campaign tools. Scions of political families have banked on their popular family names – Aquino, Marcos, Roxas, Binay, Poe – to catapult themselves to power.

Some, though not belonging to prominent clans, also catch the public’s attention because of their “peculiar” names.

We’ve seen how it works: #IpasokSiDick trended in 2013, when Senator Richard “Dick” Gordon was not in the winning circle for senatorial bets. Gordon, however, still finished 13th place.

This year, his senatorial campaign is now capitalizing on #IpasokSiDick and #DickSpeaks to get his message across online.

Here are other candidates who are standing out because of their unique names.

His real name is Renato Bagacay, and he is running for reelection as councilor of Borongan City in Eastern Samar. Derek Alviola spotted his poster. In Bisaya, “totoy” means breast, and “inat” means stretch.

Put the words together and you get “stretched breasts.” The name sounds off for others. But for Cebuanos, “Titing” is a common name, like Inday, Junior, and Nene.

And here’s another one.

Running for the same position is another Titing – Ernesto Tumulak. TV5’s Jun Sabayton didn’t miss the chance to have his photo taken with Ernesto’s poster.

Four other guys named Titing are running in this year’s polls: one each from Cebu, Davao, Masbate and Misamis. Check them out. 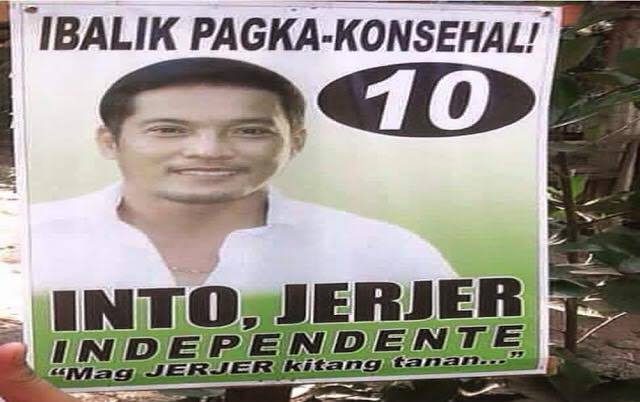 You read it right. And yes, this candidate is legit.

Jerjer is running for councilor in Carmen town in Cebu. His tagline? “Mag JERJER kitang tanan” which literally translates to “Let’s all Jerjer.” ‘Jerjer’ is also a colloquial term that means ‘sex’ in Cebuano.

But in this case, Jerjer means let’s all vote for him.

Have you heard of other “peculiar” names on the campaign trail? Share them in the comments section below or tweet @MovePH. – Rappler.com

Jed Cortes is one of Rappler’s lead Movers in Eastern Visayas.