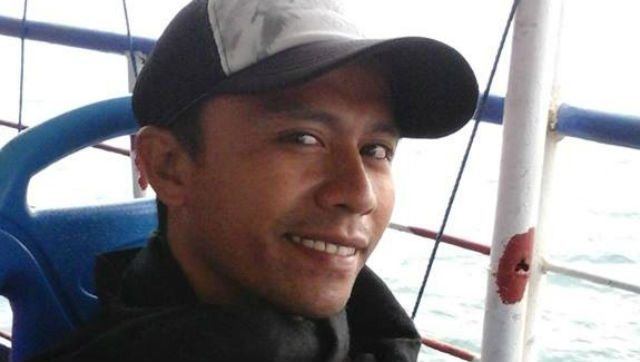 CEBU CITY, Philippines – A former drug addict turned pastor in Cebu said that he is in favor of the presidency of Davao City Mayor Rodrigo Duterte who promises to eliminate drugs and crime in 3 to 6 months. But he has reservations with the candidate saying that he would kill thousands of criminals in order to achieve it.

Duterte has been the front-runner of the latest surveys, placing first in the Pulse Asia Survey released on April 29 by a margin of 11%. This, in spite of the mayor’s controversial remarks on rape and women, among other controversies. (Check out Rappler’s poll monitor)

The editorials of local newspapers here say that there is an impending drug war on the horizon. Violence over drugs, particularly shabu is increasing, and they only expect the problem to get worse.

In February 2016, a police officer was killed and another one critically injured after being threatened and hunted down by drug syndicates. In April 2016, on the normally peaceful island of Camotes, police chief Jonas Tahanlangit was gunned down by a suspected drug sydnicate.

It is no surprise that Duterte, the Cebuano-speaking presidential candidate, is the favorite candidate in the province.

Duterte claims to be the man who will eradicate drugs and related crimes within 3 to 6 months. And even if Cebuanos are unsure if Duterte could fulfill this promise, many are willing to give him a shot, including Decorion.

“Only God can end our lives, but it is the people who implement the law on earth. If you kill innocent people, that’s another story,” Decorion said in Cebuano.

On Saturday, April 30, former governor Emilio “Lito” Osmeña said a survey he commissioned found that 60% of Cebuanos across the province prefer Duterte as their president.

He said it’s not only about eliminating the drug lords but improving the environment of impoverished neighborhoods. “Basta ang imong palibot dili maayo, matakdan gyud ka.”  (If you’re surrounding is not good, you will really be affected)

While most studies cannot attribute a single cause to drug use, poverty remains a big risk factor that makes communities more vulnerable to drug use.

Decorion said he tried Rugby, a contact cement often used by street children to get high, for fun. He said it helped him forget his problems growing up poor.

Decorion added, “Akong giatangan sa ilaha unya wala man nigawas mao tong wala gyud nako mapatay.” (I waited for him to go out of his house but he didn’t leave, so I wasn’t able to kill him.)

Soon after that incident, Decorion’s mother died. He started to go to church and found his calling to become a pastor.

(My mom got sick and I continued doing drugs until she was near her death. I said, God is really mysterious, even when I didn’t believe in him)

While Duterte may be the best man to reduce drug use in the country, Decorion said that changing one’s life is up to the person and God.

Decorion is married now, and advises other people who battle drug use to turn to God.

He didn’t say if he was able to do it with or without rehabilitation. But he said: “Ang Ginoo ra gyud ang makapausab sa usa ka tao.” (Only God can change a person.) – Rappler.com

Geramyn Nob is a Rappler intern and mover