Jul 10, 2016 12:15 PM PHT
Analiza Perez-amurao
Facebook Twitter Copy URL
Copied
Faced with all sorts of imaginable and unimaginable migratory experiences, beyond the votes that they cast, OFWs now want their voices to be heard

While presidential elections typically bring to the fore a myriad of concerns  homeland-based nationals deem as urgent, the situation becomes more complicated when it happens in the world’s largest labor-sending country, the Philippines.

With over 10 million overseas Filipino workers (OFWs) as of the last official count, the Philippines has not only seen renewed discussion of national concerns, as the recent presidential election has shown. The country, more than ever, also faces transnational issues encountered daily by its own migrant workers.

The large voter turnout among overseas Filipinos, the highest at 31.45% after 2004, when the country first had overseas absentee voting, implies that the OFWs have finally spoken. Faced with all sorts of imaginable and unimaginable migratory experiences, beyond the votes that they cast, OFWs now want their voices to be heard.

Considered as the country’s modern-day economic heroes, OFWs have become beneficiaries of some of President Rodrigo Duterte’s orders to the bureaucracy, aimed at expediting processes and services specific to their needs. While this measure is deemed necessary, if only to streamline the day-to-day operations of  government agencies catering to the sector, a closer examination of OFW-related concerns should go way beyond what has already become a part of a simple protocol.

As a major player in the global labor circuit, the Philippines continues to face a plethora of migrant work issues, including those that even previous administrations had struggled with. Some concerns are recurrent, such as drug smuggling and human trafficking, as exemplified by the case of Mary Jane Veloso. Others are emerging.

Zeroing in on measures designed to address OFW concerns, the new administration’s next best move may be carried out via a two-pronged approach. On one hand, it should study carefully the issues previously paired with relevant policies or polices that show a great potential for success yet are either not being implemented or poorly executed.

Touted worldwide as a labor-sending country that serves as a model due to its established programs and policies, the Philippines boasts of well thought-out plans whose implementation requires solid attention. Reinventing the wheel is not exactly a gainful exercise in this regard.

On the other hand, the new government should also look into issues brought about by trends, or newer situations that were deemed nonviable within the context of each of the previous administrations. This second approach promises a considerable number of opportunities for the current leadership to prove its worth, if it wishes to stay faithful to its campaign promises.

OFW issues relevant to this approach are those that are propelled by the changes of the times. As the propensity of the Filipinos to seek work abroad continues to grow, so do the issues that the government is expected to address. 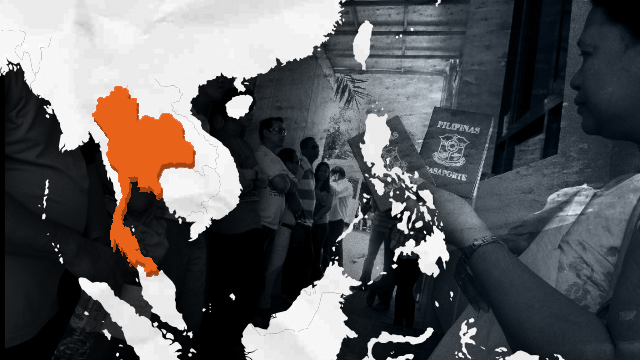 The number of emerging countries of destination continues to expand, and, as such, the needs of OFWs diversify as well. While some of these needs are already addressed and the corresponding policies are already established in top destinations such as Saudi Arabia, Singapore, Hong Kong, the Middle East, and Italy, among others, the same cannot be said of countries with a budding Filipino population.

In Thailand, for example, where there are an estimated 15,000 to 20,000  OFWs – with the teaching work force as the biggest occupational category – questions about the workers’ social and statutory protection run high.

As such, while the OFWs in Thailand continue to contribute to the Philippines’ economic growth through their remittances, they generally remain unprotected.

One form of protection many OFWs consider important is access to statutory benefits such as the Social Security System (SSS) and PhilHealth, the country’s national insurance program. But in the case of emerging destinations with a small Filipino population, the portability of these programs which would give them access within the host country may, at times, not just be possible.

While a good number of employers provide medical insurance to its foreign personnel, the coverage is often limited, forcing an OFW to shoulder the extra expense. This, of course, is just one of the many limitations OFWs experience in their host country.

Given Duterte’s orders that directly impact OFWs and with Foreign Secretary Perfecto Yasay Jr’s statement calling the Filipino overseas workers as the country’s “economic heroes,” shouldn’t it be high time that the government reciprocate the contributions of Filipino migrant workers in more tangible ways? – Rappler.com

Analiza Perez-Amurao is a senior lecturer and assistant program director in Mahidol University International College in Thailand. A PhD candidate, her research examines the migratory experience of Filipino educators in the Kingdom by looking through the lenses of the politics of English language education. Funded by SEASREP, Toyota Foundation and Japan Foundation, she presented her preliminary findings in the University of Gadjah Mada, Indonesia late last year. Visit her online page, or follow her @analiza_amurao.