‘The HIV Generation’: 25 people get infected daily in PH

Jul 14, 2016 6:47 PM PHT
David Lozada
Facebook Twitter Copy URL
Copied
The problem could be worse as the statistics are based only on who get tested and not on the entire population 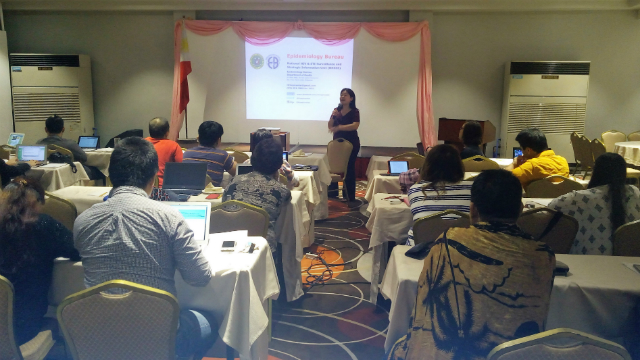 SUBIC BAY FREEPORT,  Philippines – Around 25 Filipinos get diagnosed with the human immunodeficiency virus (HIV) daily, according to a report released by the Department of Health (DOH) on Thursday, July 14.

The DOH’s latest HIV/AIDS and ART Registry report is as of May 2016.

“The reality is that [this epidemic] is here to stay for 10 to 15 years. As this generation ages, more and more people will have HIV. The only way to stop it is prevention,” said Dr Genesis Samonte, Epidemiology Program Manager of the DOH.

Speaking to journalists during a seminar on HIV/AIDS reporting, Samonte added that the numbers are on an upward trend. In 2008, only 1 person was getting infected daily. This jumped to 17 per day in 2014.

“Our neighbors in Asia have seen new cases decrease and we’re the only one – along with Sri Lanka, Afghanistan, and Pakistan – increasing in HIV prevalence,” she said. (READ: WHO: PH has fastest growing HIV epidemic in the world)

The problem, Samonte noted, could even be worse, given that the statistics are based only on who get tested and not on the entire population.

“This is an underestimate of people who actually have HIV because some refuse to be tested or do not know where and how to get tested, especially in urban areas,” she said.

Based on the latest data, the virus is transmitted mainly through 4 ways:

Samonte noted that it is risky behavior that spreads the virus. Among males having sex with males (MSMs) and female sex workers, unprotected sex remains the biggest cause of the transmission. Needle sharing among persons who inject drugs (PWIDs) is also the top cause of HIV in certain areas like Cebu.

According to Samonte, children should be taught to avoid risky behavior. The HIV testing age should also be lowered to allow minors to avail of the service.

“Risky behavior starts early. There is a lag between the first experience of sex and condom use. If your first sexual experience was not protected, it will be more difficult for you to use [a] condom in the future,” Samonte said.

She added: “We know that some people get infected as early as 15 years old. But they’ll only know about it when they get tested when they’re 18 or 20. By that time, the immune system would already suffer damage.”

Based on studies, people living with HIV (PLHIV) who get antiretroviral (ARV) treatment are expected to have the normal life expectancy minus 5 years, meaning they still get to live normal lives. PLHIVs who do not get ARV, however, would die in 10 to 11 years. 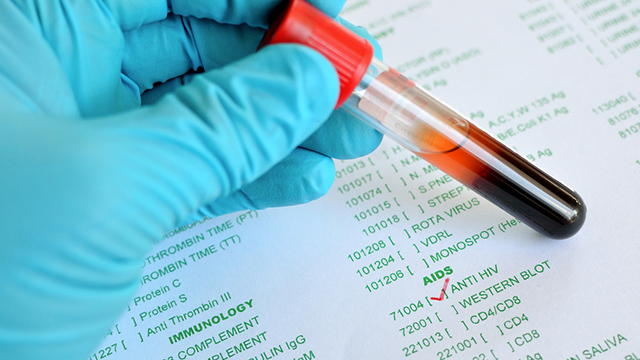 Samonte also pointed out that from key populations, the epidemic is now moving towards the general population.

“Women are becoming the key affected population…Most of the HIV cases are men. But they are not revealing to their partners that they have the virus,” Samonte explained.

“We really have to get people to test, get their results, and link them to healthcare,” Samonte said.

Despite the worsening epidemic, there are signs of hope seen in local government units (LGUs).

With 3,354 cases of HIV recorded in Quezon City from 1984 to May 2016, the city has opened 6 social hygiene and sundown clinics where people can get free HIV testing and free ARV treatments 24/7.

“[One of our problems before] was that so many people do not come back to get their confirmatory results. Communication is a problem so we ask our counselors to communicate better and build rapport with reactive patients,” Ruiz said in a mix of Filipino and English.

These efforts were complemented by legislation against discrimination and top-level multi-sectoral efforts. The city has a gender fairness ordinance, peer education ordinance, and an HIV/AIDS Council.

“The fight against HIV was successful in Quezon City because of the coordination between all stakeholders. You need an HIV champion and political will to respond to the problem,” Ruiz said.

For Samonte, the best way to stop the spread of HIV is to get tested.

“So far, we have 14,356 PLHIVs accessing treatment in 22 hubs nationwide… but the number of diagnosed is not equal to people who actually have HIV. We need to get more people tested,” she said.

People can get free HIV testing in the DOH’s treatment hubs. ARV treatments are also shouldered by the government.

“This generation will really live with the epidemic so we need to teach them to practice safe sex. We need to teach people how to use a condom,” Samonte said.

She added: “If not, by the end of this president’s term, we would be spending P4 billion every year from PhilHealth for treatment. PLHIVs will reach 133,000 by 2022 if we don’t curb it.” – Rappler.com