When a child raises a child 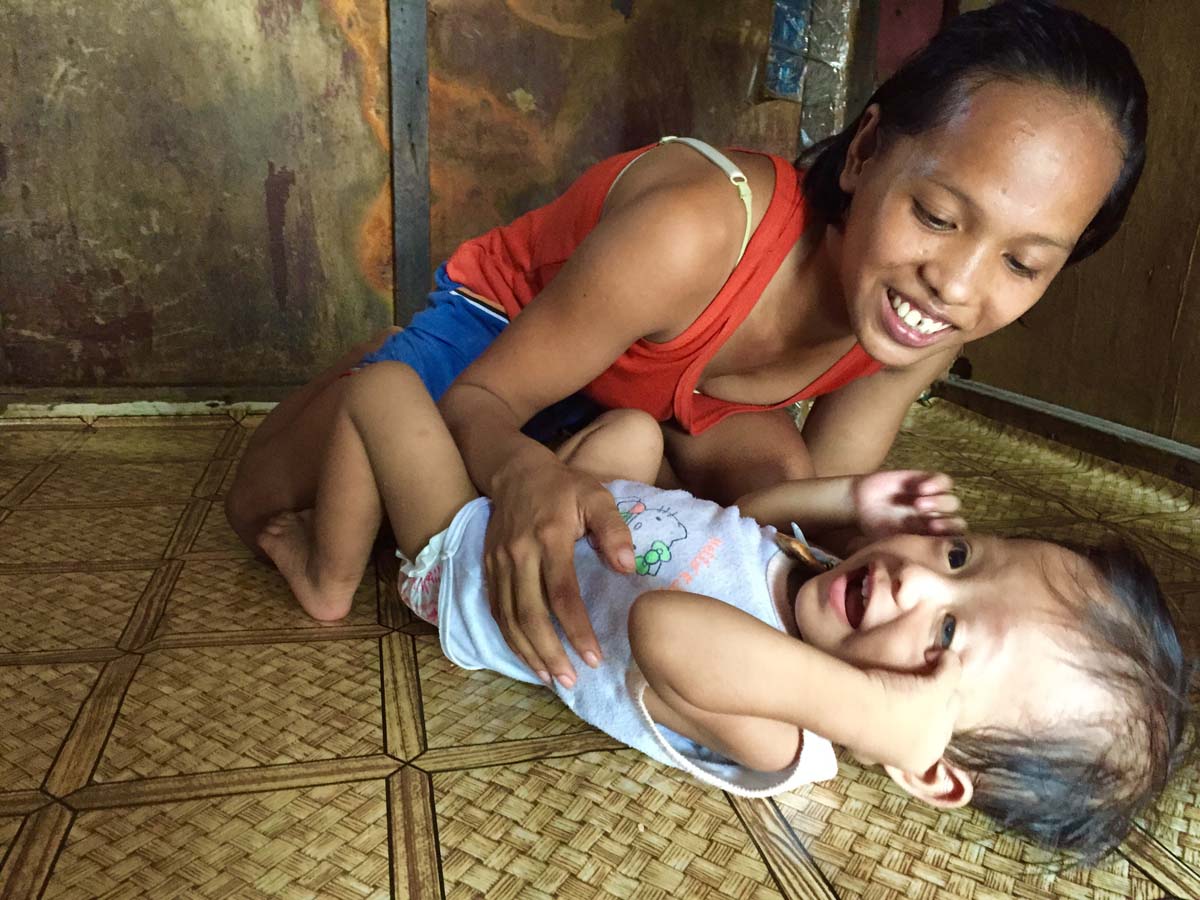 MANILA, Philippines – She moved in with her “husband” at 13.

The age of consent under Philippines laws is 12, one of the lowest in the world.

Although not married, they call each other “asawa” (spouse). Bernadette met her husband one February afternoon in her neighborhood.

Bernadette was 13, clad in sando and worn-out slippers. The “husband” was 25, sweaty from a day of driving a pedicab.

Barely a child herself, Bernadette started living with him in a makeshift home in a community of informal settlers in Navotas City.

Her family hails from Aklan. The promise of better lives pushed them to leave home. 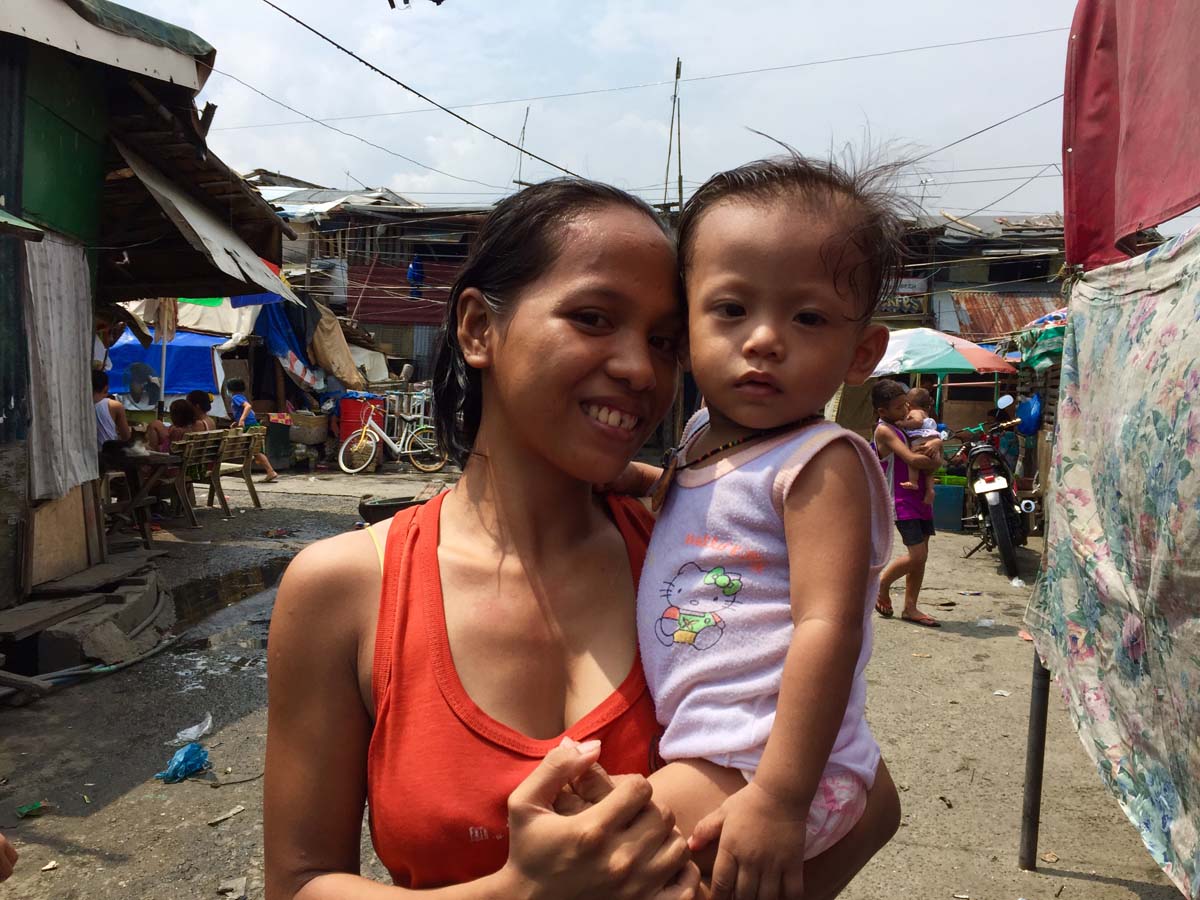 Too soon, too fast

Bernadette has always dreamed of becoming a teacher, she still does, even though it has been a while since she last set foot in a school.

In the Philippines, 13.3% of Filipino girls aged 6 to 24 are out of school, government statistics show. Bernadette is one of them, quitting school just after second grade.

It was a choice between food and school. Bernadette could not have both.

At 13, Bernadette earned her first P1,000 as a housekeeper in the Divisoria area. She spent her youth cleaning someone else’s mess. But her story is not unique. As of 2014, there were over 23,000 working Filipino children under 14 years old.

At 17, Bernadette gave birth at home, with the help of a manghihilot (traditional healer).

Now 18, Bernadette just recently quit her job. Her nights and days are now fully devoted to Baby Joel, who just turned one.

“I want him to be a policeman,” Bernadette said in Filipino. As early as now, Bernadette is worried about Baby Joel’s life as a policeman. “Delikado (dangerous),” she whispered.

Baby Joel, however, has a more urgent concern: Will he even make it to his next birthday? 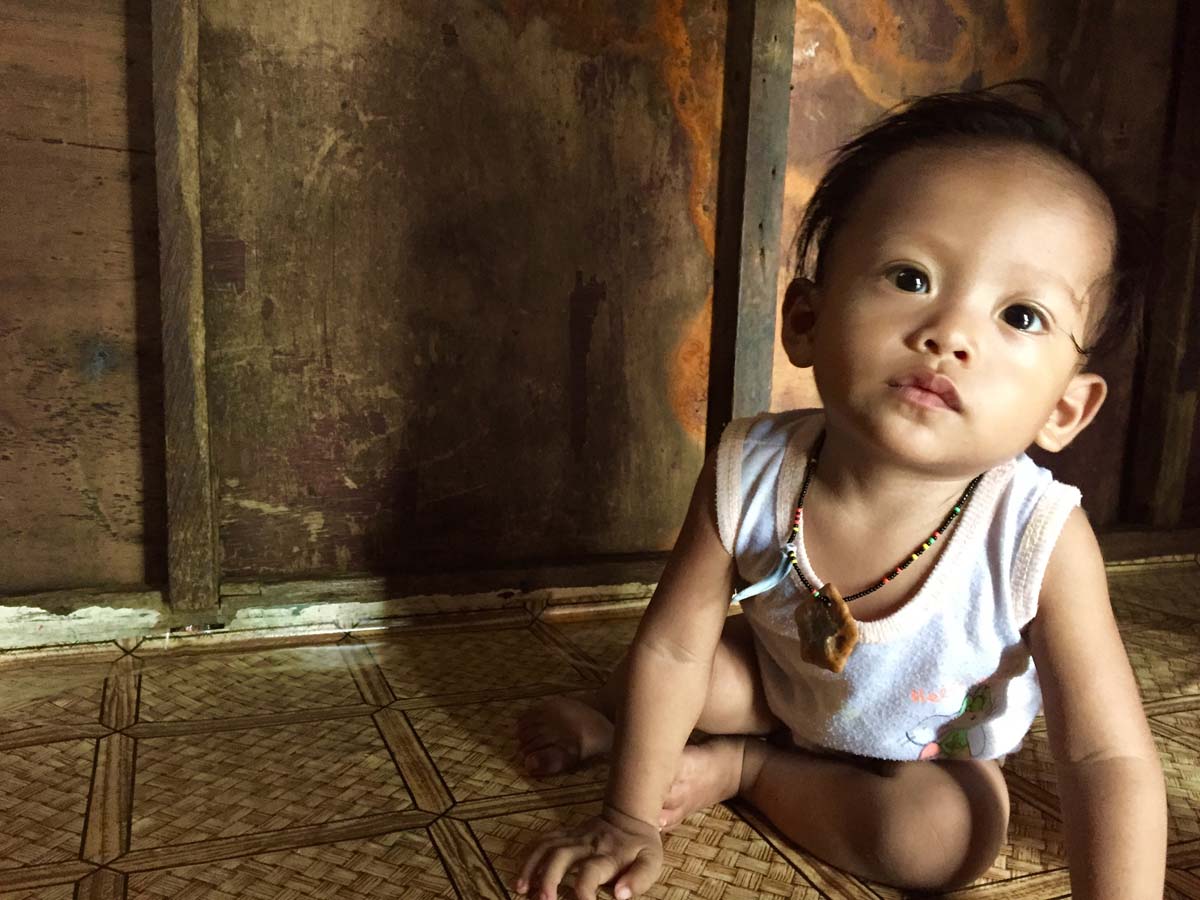 At age one, Baby Joel is just too thin, slow, and sickly. He is severely malnourished, which means he is 10 times more at risk of dying.

A child’s first 1,000 days could shape her or his future. Poor nutrition during this crucial stage affects a child’s physical and cognitive health, with effects lasting until adulthood.

This means Baby Joel, if left untreated, could experience permanent and irreversible health defects. At worst, he could die.

Bernadette’s strategy for getting by? “Utang (borrowing money),” she said.

At only 18, Bernadette has already surpassed several challenges. Her biggest fight so far is keeping Baby Joel alive.

To do so, Bernadette is undergoing nutrition and childcare training from barangay health workers, who were trained by non-governmental organization Save the Children.

Bernadette also enrolled Baby Joel in Save the Children’s Community-based Management of Acute Malnutrition program that provides treatment to children with severe and moderate acute malnutrition.

At the same time, parents like Bernadette and her partner are being taught family planning and reproductive health, as part of Save the Children’s programs.

Before Baby Joel was diagnosed with severe acute malnutrition, Bernadette did not give much thought to what goes in and out of her baby’s mouth. Neither did she care much about his health as a woman and as a mother.

Now that Baby Joel is on his way to recovery, Bernadette is doing her best to ensure that her baby can enjoy as many birthdays as he can. To do that, she knows she needs to take care of herself too.

“Sana makatapos anak ko ng pag-aaral,” said Bernadette. “Ako naman, sana makabalik sa pag-aaral balang araw. Gusto ko maging titser.” (I hope Baby Joel could finish his studies. I want him to become a policeman. As for me, I’d like to go back to school someday. I want to be a teacher). – Rappler.com

Fritzie Rodriguez is a development writer for Save the Children. She is a former journalist who covered issues on LGBT, women, and children’s rights.

Save the Children is the world’s leading independent children’s organization working on children’s health, education, and protection. For those who want to be part of its fight against child malnutrition, kindly visit #LahatDapat, Save the Children’s nutrition campaign. You can also donate online here. Save the Children is currently encouraging 1,000 people to donate P1,000 each in 1,000 hours (42 days). Proceeds go to its nutrition programs. To participate in the #1000ChallengePH, go here.