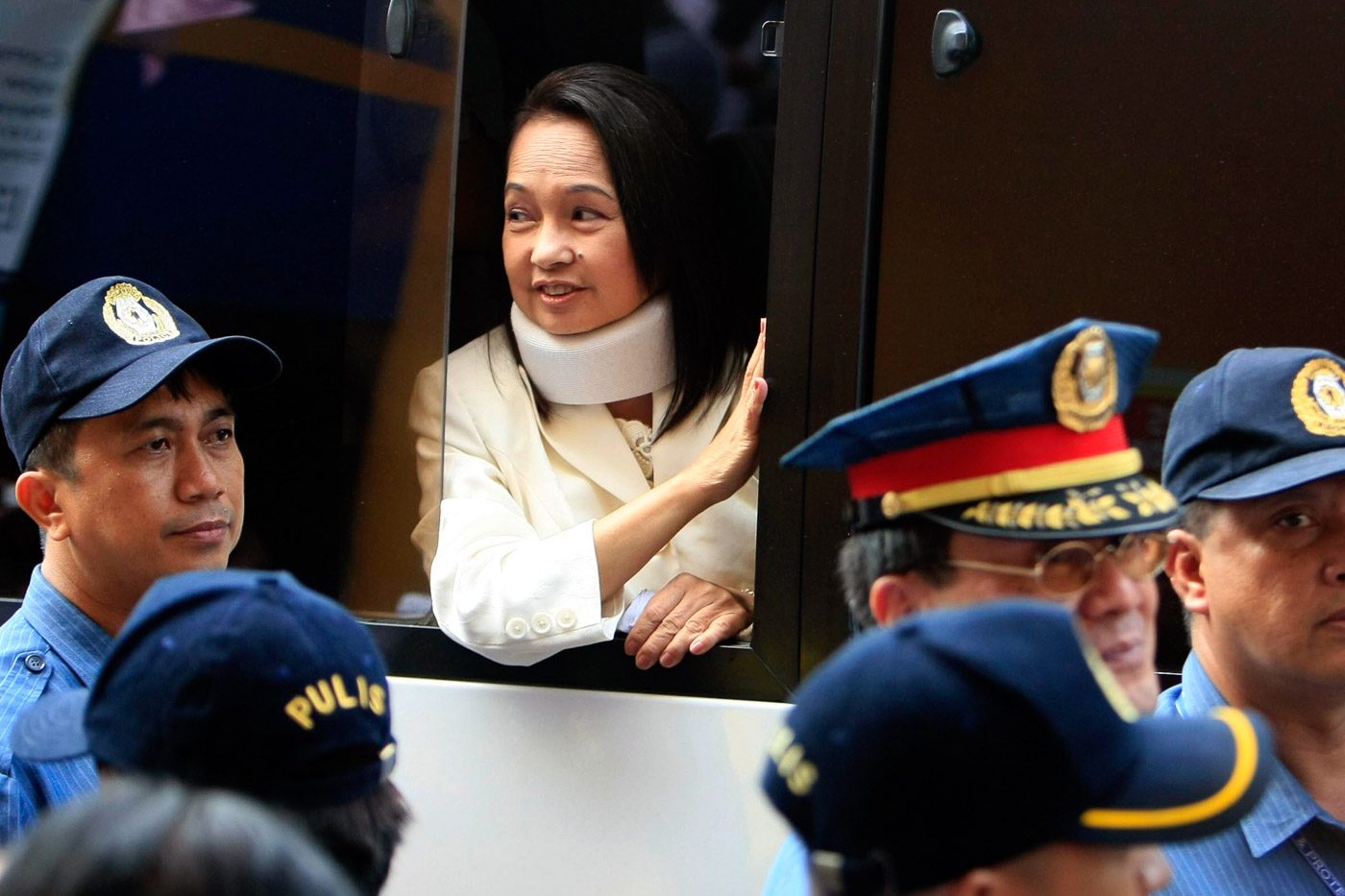 Voting 11-4, the SC acquitted and ordered the release of the former president from the Veterans Memorial Medical Center, where she has been detained since October 2012.

The Supreme Court decision has been a divisive issue so far, heaping praises from the camps of President Rodrigo Duterte and Arroyo while triggering a flurry of negative comments from netizens. (READ: Lawmakers react to SC ruling on Gloria Arroyo case)

In a press statement, Kabataan partylist Representative Sarah Elago said that freeing Arroyo is a great blow to the country’s justice system.

Tuesday’s landmark ruling on Mrs Arroyo came barely a month after Aquino stepped down from office and less than a week before Duterte, who favors her release, delivers his first State of the Nation Address (SONA.) (READ: Duterte ready to grant Arroyo pardon)

“This should not derail us from continuing our campaign for accountability and against impunity,” he added.  Zarate also blamed former President Benigno Aquino III, saying that “it seems like the Aquino administration was merely contented in keeping her politically  paralyzed in the past six (6) years rather than obtaining a conviction.”

Partylist group Anakbayan called the SC ruling a “grave injustice to the Filipino people,” blaming the Aquino administration for “paving the way for Arroyo’s acquittal.”

“This proves that Aquino, despite his posturing against corruption, was not serious in making Arroyo accountable and may have in fact brokered a deal with Arroyo. Daang matuwid was a grand lie,” Anakbayan National Chairperson Vencer Crisostomo said in a statement.

Crisostomo said Aquino used the people’s anti-Arroyo sentiment to further his own interest, citing how the former president ousted then Chief Justice Renato Corona with his being pro-Arroyo as reason.

“Aquino and Arroyo should both be jailed for their crimes against the people. Our message to President Duterte: with ‘genuine change’ must come truth, justice and accountability,” Crisostomo said.

Meanwhile, Akbayan Representative Tom Villarin said that the SC ruling is “lamentable as it trumps justice over individual humanitarian considerations of people in high places who can have their cake and eat it too.”

Denying claims that that evidence is weak, Villarin emphasized that Arroyo’s plunder charges is not about political persecution but instead of “making people accountable to the laws and constitution.”

“Its ruling today has validated what we have been saying for six years now: that the charges against former President Gloria Macapagal-Arroyo are nothing more than disingenuous attempts at political persecution by a corrupt and inept Aquino administration intent on covering up its gross lack of accomplishments by harassing its political opponents,” Topacio said.

The Court’s approval of the Arroyo petition in effect acquits her of the P366-million plunder suit filed by the Ombudsman in July 2012 against her and 9 other former goverment officials. – With reports from Raisa Serafica/ Rappler.com