Jul 27, 2016 5:13 PM PHT
Facebook Twitter Copy URL
Copied
US Secretary of State John Kerry calls on the Filipino youth to make a difference by leading the fight against threats to world's waters 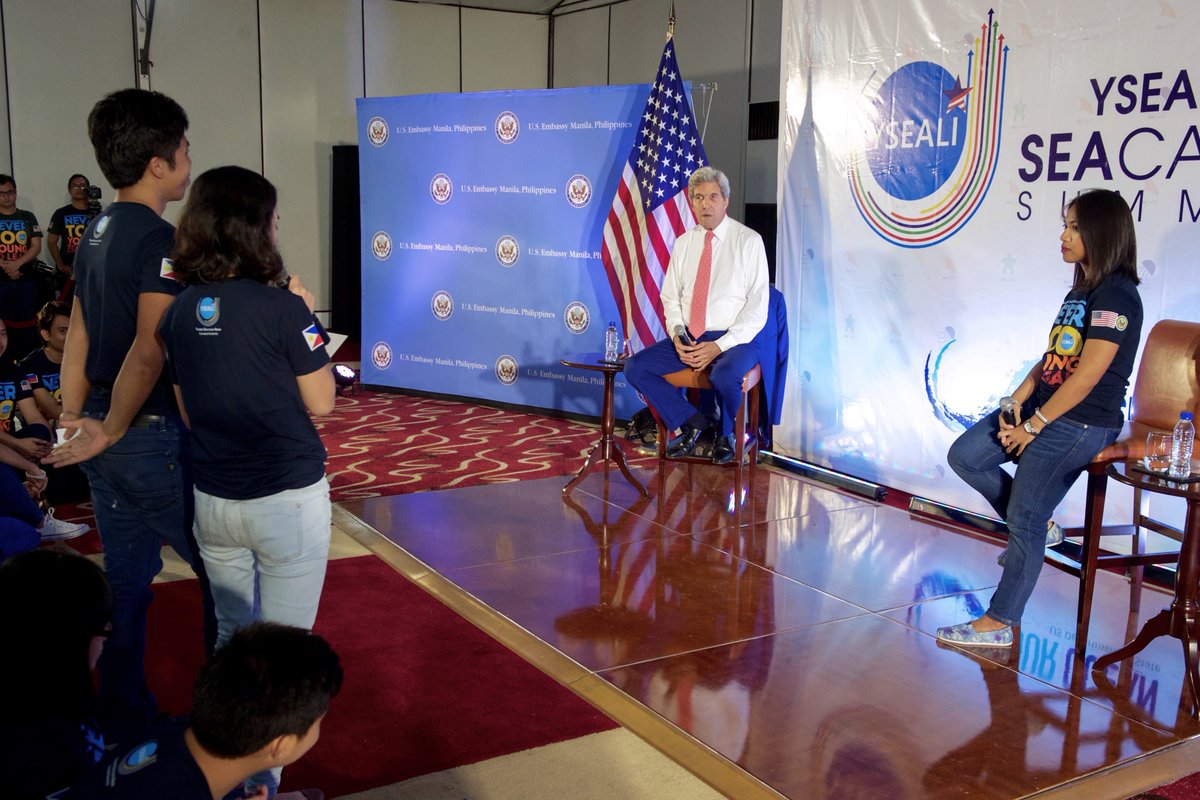 The summit culminated the week-long SEA Camp held in Boracay, Aklan in June organized in partnership with the US Embassy in the Philippines under the Young Southeast Asian Leadership Initiative (YSEALI).

Kerry appeared before 40 youth advocates as part of his overnight trip to Manila, where he met with President Rodrigo Duterte and Foreign Affairs Secretary Perfecto Yasay.

During his brief exchange with SEA campers, Kerry, a known ocean conservation advocate, recalled having loved the ocean as a kid growing up in Massachusetts. His stint as a senator for his home state involved lobbying for laws against whaling and hazardous wastes, among other things.

“A lot of people look out to the ocean and they see this vast expanse of water, and it’s bigger than any of us,” Kerry said.

“[We think that] there’s no way that any of us [can] hurt the ocean. But you know that’s wrong,” he added.

Kerry pointed out the growing threat to the world’s waters by enumerating what he believes are among the most pressing concerns to be addressed.

One problem, according to Kerry, is the prevalence of illegal, unreported, and unregulated (IUU) fishing.

“In the high seas, [fishing regulations are] very difficult to enforce because there [are] no police out there to make sure that people are [following] the rules,” he said.

The World Ocean Review revealed that IUU fishing is prevalent in developing countries, which find it difficult to fund complex fisheries control structures similar to those found in Europe. IUU fishing leads to overfishing, which the World Wildlife Fund cited as the main threat to the food supply of many coastal communities the world over.

“In a few years, if we keep going the [rate] we’re going, by 2050, which is not so far away, there’ll be more plastic in the ocean than there will be fish,” he warned.

According to the United Nations Educational, Scientific, and Cultural Organization (UNESCO), every square mile of ocean was recorded to contain 46,000 pieces of floating plastic in 2006. Aside from polluting the waters, UNESCO also said that plastic debris pose threats to marine mammals’ lives, “[causing] the deaths of more than a million seabirds every year, as well as more than 100,000 marine mammals.”

The last problem that Kerry brought up was climate change.

“Climate change is warming the ocean, changing ocean current patterns, and [is causing acidification,” Kerry said. The effects of acidification, in particular, affect agriculture and other sources of livelihood.

But its main effect, according to UNESCO, is on ocean ecosystems: “[Acidification] causes seawater to become corrosive to the shells and skeletons of numerous marine organisms, affecting their reproduction and physiology” 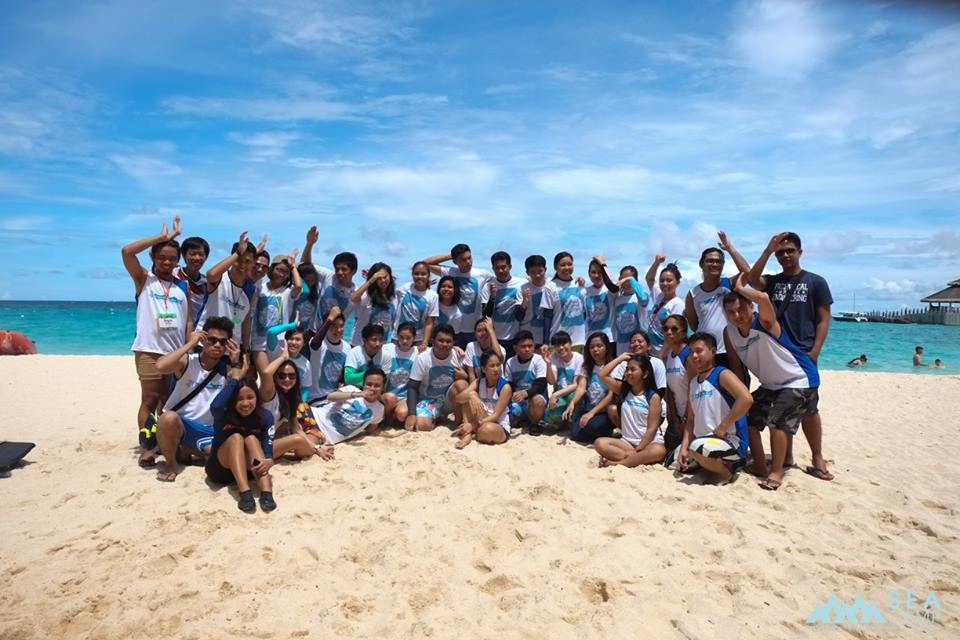 Conservation can be fun

Kerry called on the youth to make a difference.

“We need young people to be part of the political process to make sure it’s transparent, accountable, and answers to the needs of [the common citizen],” he said.

The project, which Uygen pitched during the SEA Camp, was among the initiatives that won P10,000-to-P20,000 grants from the US Embassy. It seeks to raise awareness on the harmful effects of coal mining on health and environment, specifically in the Manila Bay area.

The SEA Camp was the brainchild of Anna Oposa, Executive Director of Save Philippines Seas (SPS). Like Uygen’s project, the idea to organize such a camp started as a pitch. Now SPS, together with the US Embassy, has hosted 6 SEA camps since 2015.

“As an archipelago, ocean conservation must be a priority for us,” she said.

Oposa said previous SEA Camps produced young environmentalists from various fields. She believes that ocean conservation must be interdisciplinary, with a balance of scientific integrity and creativity.

“When you see that [ocean conservation] can be witty, fun, and engaging, I think it catches people’s attention. Conservation can be fun— and it is. Let us not make it exclusive to just scientists and policy makers.” – Rappler.com

Janelle Paris is a Rappler intern and a student from the Ateneo de Manila University.