How to know if your area is near a fault line 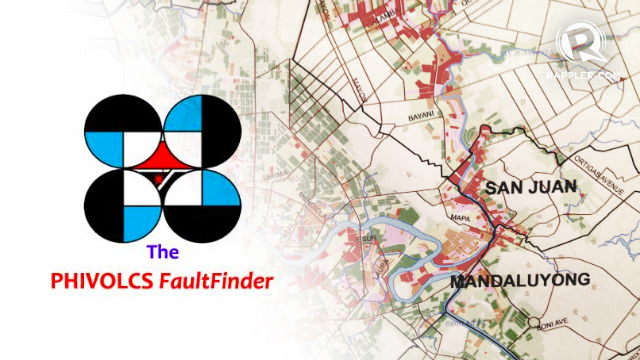 MANILA, Philippines – The Philippine Institute of Volcanology and Seismology (Phivolcs) introduced a new web application that will allow users to determine how near they are to a specific fault line. It was developed by Japan-based Filipino researcher Dr. Joel C. Bandibas, through a cooperation between AIST-GSJ and DOST-Phivolcs

The Phivolcs FaultFinder web app, created in partnership with the Geological Survey of Japan, shows detailed maps and provides the exact distance from the nearest fault line.

Here’s how to check the nearest fault in your area:

If you live in Metro Manila or its neighboring provinces, you should take a look at the Valley Fault System.

a. For mobile users, you can choose “VFS Fault Nearest You,” and it will automatically detect your proximity to the nearest fault based on your current location. Note that you have to enable the location settings of your phone first.

b. If you choose “Active Fault Based on Location,” you can select a location from the provincial level down to the barangay level. This will allow you to identify how far the center of a barangay is to the nearest fault.

c. If you want to be more specific (e.g. street-level), you can select “Double Click a Place on the Map.” 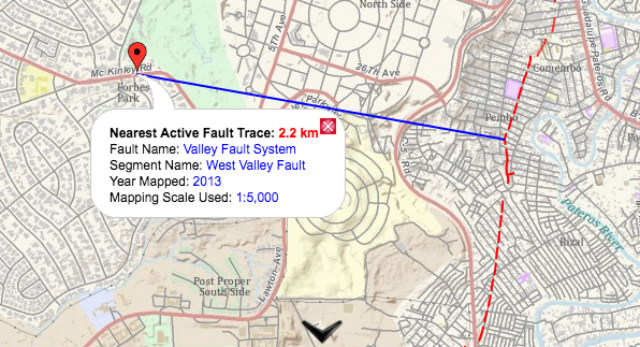 For fault systems in other parts of the country, you can choose the “Other Fault System” option. In the drop-down menu, you have the option to choose more provinces. 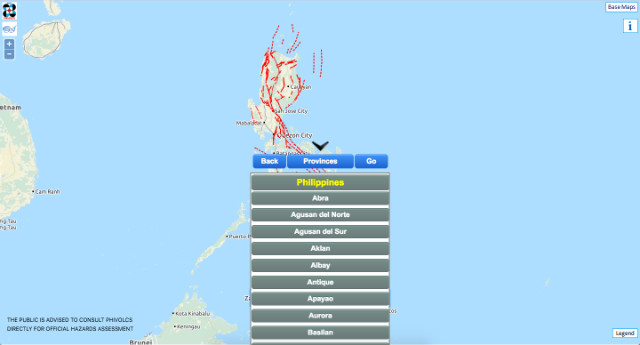 The web app also allows you to choose from 3 base maps: Philippines Geoportal (from the National Mapping and Resource Information Authority), Google Maps – Hybrid, and OpenStreetMap.

“If the user knows how to use Namria’s topographic map, then no problem. But if he wants to look for his house or [a] specific spot, then he can use the Google base map, and also [the] OpenStreetMap,” explained Phivolcs Director Renato Solidum.

Among the 3, Google Maps is more visual since users can see actual buildings.

Solidum added that since there are discrepancies in the other maps, users are given the option to switch from one base map to another while selecting only one location. 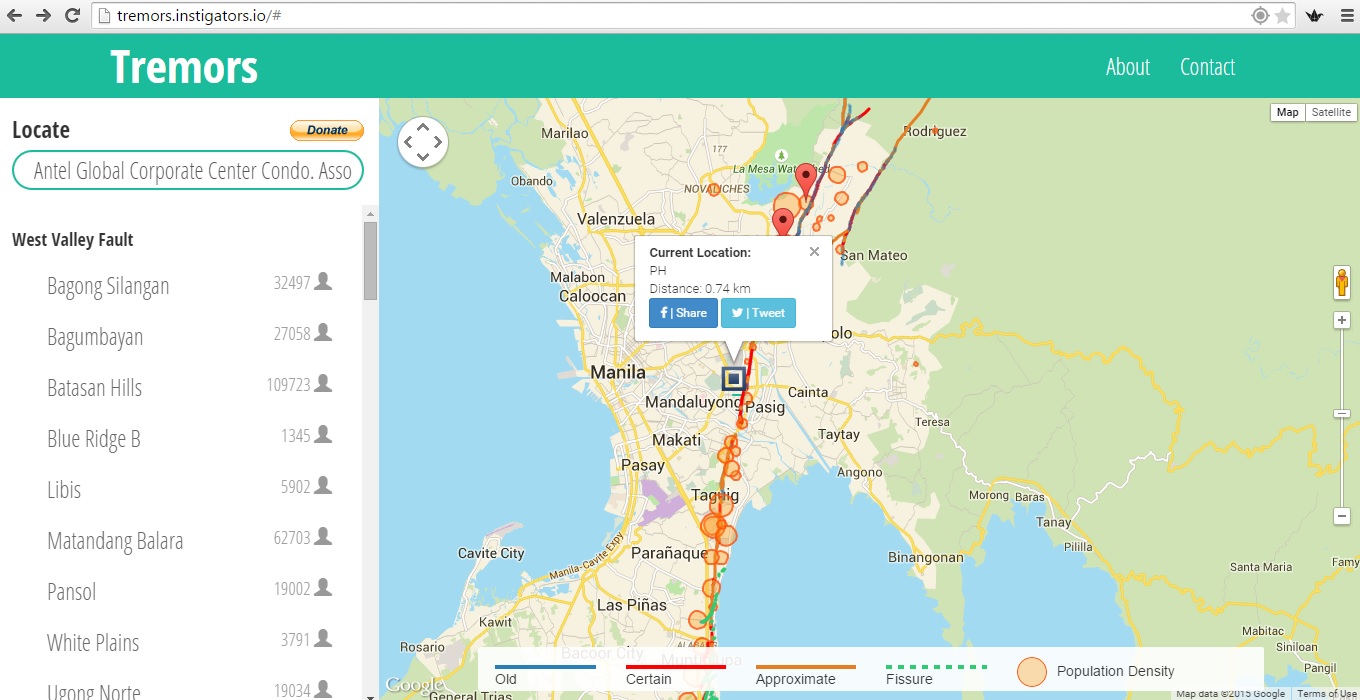 In May 2015, a group of Filipino developers called Team Instigators also developed Project Tremors, an interactive website calculating how far one is from the West Valley Fault.

Just like the Phivolcs FaultFinder, users can just input their location and a line will appear showing the direction toward the fault line, together with a text box saying their location and the calculated distance from the fault. The location of the nearest hospital and evacuation center is also included. (READ: How close are you to the West Valley Fault? Here’s a site for that)

In a country located along the Pacific Ocean’s Ring of Fire, hazards related to earthquakes should be considered in urban planning. (READ: All you need to know about preparing for earthquakes)

Solidum reminds the public not to build houses directly on top of active faults. There must also be a buffer of at least 5 meters on both sides of a fault line.

“Everyone – planners, government organizations, anyone can use it… The FaultFinder web app is important in preparing everyone for the potential effects of an earthquake,” he said.

FaultFinder can be used not only by engineers, urban planners, and property developers, but by ordinary citizens as well. – Rappler.com

(Editor’s note: The first version of the story cited Phivolcs as the developer of the app. We apologize for the oversight.)