What delays aid for 11,000 stranded OFWs in Saudi? 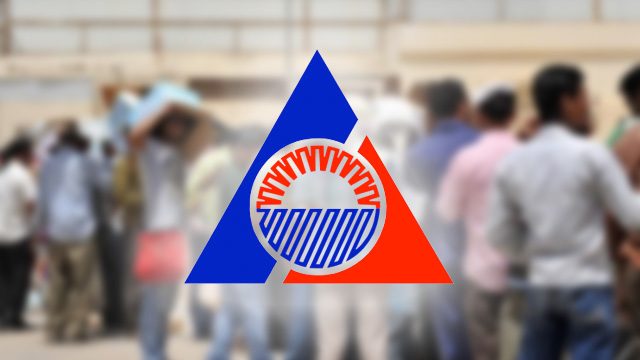 Facebook Twitter Copy URL
Copied
The Overseas Workers Welfare Administration says it has started sending relief assistance to OFWs, but the lack of manpower and records hamper their efforts

MANILA, Philippines – The Overseas Workers Welfare Administration (OWWA) said it had started sending relief assistance to thousands of overseas Filipino workers (OFWs) stranded in Saudi Arabia, but the lack of manpower and records hamper their efforts.

In a dialogue with the families of stranded OFWs on Tuesday, August 9, OWWA Director Emma Sinclair admitted that they were having a hard time extending financial assistance to beneficiaries due to the lack of a complete master list containing the names of stranded OFWs.

More than 11,000 migrant workers in 3 major cities in Saudi Arabi – Riyadh, Jeddah and Dammam/Al-Khobar – have been in crisis for months after losing their jobs, said the Department of Labor and Employment (DOLE).

Aside from the lack of database, OWWA’s efforts are also impeded with the shortage of manpower in the area, given the number of sites to be visited.

According to OWWA, 1,495 OFWs had been repatriated as of August 7. Each worker received a cash assistance of P20,000. (READ: Unpaid, stranded OFWs in Saudi may now claim aid from OWWA)

In an earlier statement, DFA said that the mission seeks “to provide immediate humanitarian, legal, and other consular assistance to the stranded OFWs.” They will also deliver basic care, such as medicines and social support for the jobless Filipinos in Saudi. (READ: ‘Thousands of OFWs remain stranded, unpaid in Saudi Arabia‘ )

DSWD, for its part, said on Tuesday that it would conduct psychosocial interventions, counseling, and debriefing for the distressed workers. They also aim to monitor the situations of undocumented OFWs in crises, especially the women and the children, and facilitate the delivery of the services they need.

“Our [fellow Filipinos] are in serious crisis because their employers did not pay their salaries. They are also confronted by many difficulties caused by the expiry of their end-of-services benefits. Many were not given exit visas after they completed their contracts, and are being delayed for repatriation,” Social Welfare Secretary Judy Taguiwalo said. – Rappler.com