Almost 3 months have passed since the monumental referendum in which the United Kingdom voted to leave the European Union (EU), shocking not only the City of London but the rest of the global investing community – where the largest companies have been losing more than $200 billion in days.

There is still plenty of continuing uncertainty until a UK-wide approach is finalized before (if?) Article 50 – the part of the Lisbon Treaty covering the exit of a country from the EU – is triggered.

We also saw the end of David Cameron’s reign and, after a bit of House of Cards-style politics which would make Frank Underwood proud, the new Prime Minister Theresa May came into power along with her new Cabinet.  It may not be long before the term Brexit gets added to the dictionary.

Let us look at the impact of this extraordinary event on the estimated 300,000 Filipinos living in the UK: 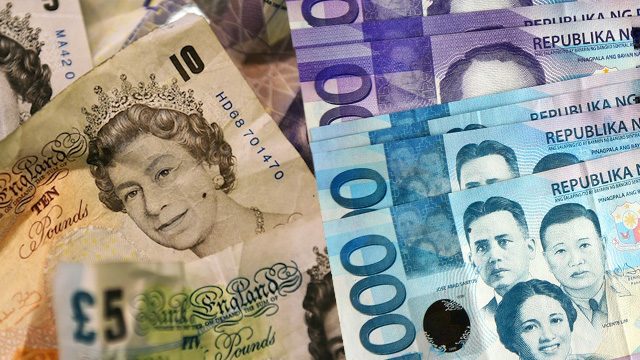 Unsurprisingly, with the devaluation of the Sterling Pound, the value of remittances to the Philippines is one of the hardest hit and will continue to be the case for the foreseeable future – it was not long ago, May 16, 2005 to be exact, when one got PHP100 for a humble pound!

With the exchange rate dropping by more than 10% from PHP 67.94 just before the Vote on June to PHP60.80, the peso equivalent of a £500 remittance will now be lower by approximately PHP 4,000.  This will translate to around PHP 50,000 over 12 months (assuming exchange rates stay at the current rates). 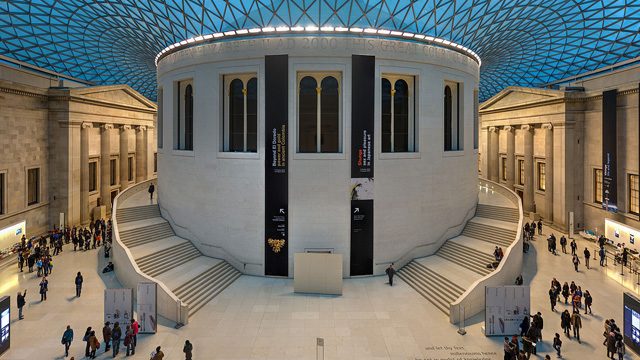 Much like the cost of travel to the Philippines being more expensive as a result of Brexit, it’s not looking good for holiday plans for the Filipinos in the UK either – the Eiffel Tower might have to wait a bit longer along with the shopping trip to Milan – as traveling anywhere else outside of the UK will cost more.

In fact, there have been instances of cancelled holiday plans for some unlucky souls. However, those who managed to book their plane tickets and accommodation and buy their US Dollars in advance, were rewarded generously.

On the flip side, Brexit has made it a lot cheaper for people to visit the UK so it is a great time to encourage family and friends to visit and join you perhaps for a staycation in the mainland or the Channel Islands, which has now become an even more compelling holiday option. As anticipated by many, the Bank of England has further reduced the base rates to 0.25% (from the previous 0.5%, which has been the standing rate since March 2009). While the continuing low interest environment is great for keeping the monthly mortgage payments low for homeowners, it may still be worth exploring the market for even better deals. The losers from this, as we know, are the savers and the pensioners. One of the cornerstones of the Brexit win was having more control over immigration.  Many in the community are hoping that a points (merits) based immigration system may be more favorable to qualified Filipinos.

At this stage, however, it is not expected to have a significant impact even after the UK leaves the EU as it is likely that as part of the negotiations, more points may be given to EU nationals. The largest accountancy firm in the UK, PwC, is predicting a drop in house prices in its recently published analysis. It calculates that prices could be down by £17,000 – equivalent to 8% of the average house prices in the UK – in 2018 as a result of Brexit. In a country passionate (interpreted as obsessed by others) about home ownership, this is no good news at all.

The slowdown will have varying degrees of impact across the country with London, particularly around central London, being the hardest hit given the reliance on international investors where properties are expected to be £60,000 lower than they would have been otherwise.

To the cautious, any plans to sell might have to be held off at least until next year. However for the brave, this may be present excellent buying opportunities. The devaluation of the pound will continue to provide interesting investment opportunities for overseas investors to buy UK assets, including central London property, at their current discounted levels.

PwC has also forecast a slowdown in GDP growth for the next few years, with a forecast GDP growth of 1.6% for 2016 followed by an estimated growth for 2017 of between 1.5% and -1%.  While this is not great when compared to the GDP growth of 2.2% in 2015 and 2.9% in 2014, it is safe to say that it could have been a lot worse, and Brexit is not anticipated to be catastrophic like the 2008 financial crisis. Understandably, this is a result of the anticipated fall in business investments in light of the ongoing uncertainty about trade as all-important reviews and negotiations start to take place.

The slowdown is expected to reduce investor confidence in going into or expanding their current businesses, which in turn results to weakening of job prospects and lesser appetite to hand out generous bonuses and salary increases. Nonetheless there is still plenty of opportunity for entrepreneurs with the right attitude and correct approach.

The Bank of England – the UK’s central bank – has announced a series of measures to help counter the decline in house prices and weakening of the UK economy, and to prevent the economy from spiralling downwards into a recession. The key one is the reduction of the base interest rate after 7 years. For business as well as households with tracker mortgages and a monthly income of around £1,200, this will result to an annual savings of around £400, which the economists hope will be spent back into the economy.

On the other hand, this could lower the income for asset-owning households which have investments in bonds and other fixed income products.  It may also mean reduced payments for pensioners, whose pots are generally tied up to relatively lower risk, income generating assets. With the new leadership in place, there is now a more positive vibe in London. A lot of people have come to terms with the result and are now keen to make the most out of the situation. Sadiq Khan, the Mayor of London, led the launching of the #LondonIsOpen social media campaign as a signal to the world that London continues to be the world leading city full of opportunities for investors and visitors alike.

Confidence is picking up with significant corporate transactions happening led by £24.3B takeover of British tech giant Arms Holdings – which is the third largest global M&A announced so far this year and the biggest UK technology deal of all time according to Dealogic – and US banking giant Wells Fargo signing a £300M deal for a brand new London Headquarters, in the heart of the City.

It would be interesting to see the launch of the formal negotiations with our continental European friends, which will likely start gaining traction in the last quarter of 2016 or even delayed further into early 2017 as the world awaits the result of the Clinton-Trump showdown in the US. – Rappler.com

John Sio is a UK-recognised chartered accountant with more than 10 years of experience.