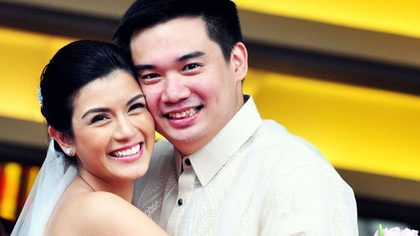 MANILA, Philippines – I attended a friend’s wedding a couple of months ago and stayed for the reception. It featured the usual rituals that go with such wedding parties, all leading to that fateful, magical day that brought them together.

Of course, everyone was curious. How and where did husband and wife first meet? Was it on a gorgeous white sand beach complete with slow-motion jog to the soaring melodies of a sappy ’80s love song? Was it in a party? Was it in college as blockmates or org mates? We waited with bated breath until one face popped on the screen: the face of Mark Zuckerberg.

What was he doing there? Then the truth came to us like the newest update on our newsfeed: they found each other through Facebook. The groom had been browsing through his brother’s wall photos until he chanced upon the lovely face of his future bride. From then on, it was history. The guy who made their beautiful romance possible was up there on the projector screen, flashing his awkward smirk for all to see.

Romance in the Age of Information is a funny creature. His dashing face is an emoticon; his weapon, no longer the guitar of harana days gone swiftly by, but 10 well-flexed fingers able to type a dozen cheesy lines per minute; and his heart, a pixilated GIF throbbing just as stubbornly as one of muscle and blood.

The biggest game-changer in today’s game of hearts can be none other than Facebook. This behemoth of a social networking site has touched our lives in more ways than any other similar site (although some would say it was DoTA that changed their lives… and their sleeping patterns). It has changed the way we reach out to others, how we do business, how we campaign for elections and how we get news and even how we use the word “like.”

It’s changing our love lives as well if the Facebook pages entitled, “I need 20,000 fans to get my girlfriend to marry me” and “I Need 1 Million People to Join for Paul to Marry Me C’mon Guys Help Me Lol” are any indication. In both big and small leaps, Facebook is making waves in all stages of romance, from courtship to romantic relationships.

After finding Jeanna “cute” from photos on his brother’s wall, Patrick asked to be introduced to her. Before giving her go-signal to Patrick’s brother, Jeanna checked Patrick’s profile first. Finally, they met each other for the first time in a party, discovered they liked each other, and soon after, set up their first date via…what else? Facebook.

“Facebook helped us connect. Neither Patrick nor I knew the other existed, until Patrick saw me in one of [his brother’s] Facebook albums,” says Jeanna.

The funny thing is, they could have met before Facebook because they moved in the same circles in high school. Could it be that Facebook is compensating for the many gaps in how modern individuals connect in the physical world? Or that it is providing a much easier and more comprehensive avenue for forming relationships that the physical world cannot provide?

The story of Jayne Orlina and her boyfriend, also named Patrick, is altogether different. The two were in the same college review class for an entire summer but never got to know each other well. In fact, Jayne was even irritated at him and his friends for being noisy in class. The only interaction they had then was small talk.

The relationship would have been relegated to the what-ifs until 2 months later. Out of the blue, her noisy classmate burst into her life once again by commenting on a photo album Jayne had uploaded on her Facebook.

The next day, he added Jayne on Yahoo Messenger and followed her blog, details of which he had obtained from her wall, which Jayne to this day, finds “creepy.” From then on, he would constantly try to engage her in an online conversation.

Jayne, not really an avid chatter, was resistant at first but as she recalls, “I began to grow fond of his persistent efforts to hold a conversation. I think it was through Facebook that we actually became friends. It was also through Facebook where he casually invited me out for a movie. That was when we started hanging out regularly, as often as twice a week.”

But what happens after the chase? Facebook’s contribution to the maintenance of relationships is even more significant than its impact on courtship strategies.

For instance, on Jayne’s birthday – often a time when Patrick is back in Samar – he and his family hold a party for her. They take pictures of the whole event (never forgetting the birthday cake) and then post the photos on Facebook. That way, Jayne and Patrick celebrate her birthday physically apart but virtually “together.”

For Jeanna and Patrick, Facebook was certainly a part of their relationship whose status changed from “in a relationship” to “engaged” to “married.”

Perhaps one reason why Facebook is such an effective catalyst of romance is its ability, according to Jayne, “to be a mirror of a person’s life.” The people who post or comment the most on a person’s wall are, more often than not, the people they interact with in real life.

Material shared on Facebook is not limited to text and emoticons. People can upload videos, pictures and sound that better reflect their lifestyle, interests and personality. What made Jeanna and her husband’s relationship work was partly how her husband was able to communicate his funny side through Facebook.

Jayne compares the Facebook experience to other new communication media. “It’s not as lonely as texting or online messaging where it’s only the 2 of you…There are so many people on Facebook who all post different things so there can always be something to talk about.”

Facebook also makes it easy to get into or out of relationships; it’s such a “low-risk” medium. If one dislikes a person, one can simply declare, “I haven’t been checking my Facebook lately.” If one likes someone, that person can easily be added up.

Despite Facebook’s obvious positive contributions to romance, there are no doubt, dangers as well. Like any other innovation, Facebook can be good or bad, depending on how one uses it.

It can be abused by online posers or maximized by people in search of real relationships. It can enrich connections with people or it can cut them.

But no doubt about it, Facebook is changing how we express love and maintain it. Which begs the question, what must Mark Zuckerberg’s love life be like? – Rappler.com