Oct 13, 2016 11:10 PM PHT
Phelim Kine
Facebook Twitter Copy URL
Copied
'Unless the Duterte government rethinks its abusive war on drugs, Filipinos living outside the Philippines won't be much safer than those living in the country' 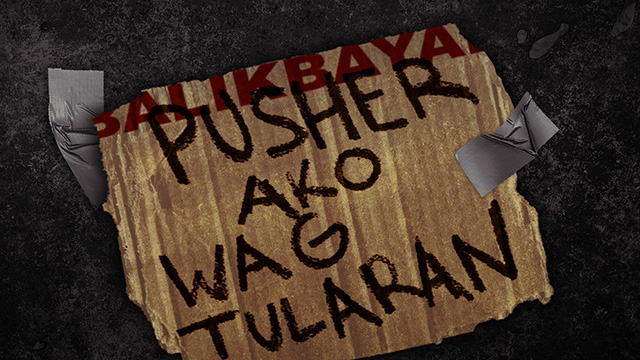 This is a press release from Human Rights Watch.

That’s the stark plea of OFW rights advocacy groups to Philippine President Rodrigo Duterte’s government. The United Overseas Filipinos Worldwide and the OFWs for Peace Coalition made that request following the torture and killing last month of Mark Culata, a 23-year-old Saudi Arabia-based worker visiting his family in Cavite province, south of Manila. Culata’s death followed his detention at a checkpoint manned by “police operatives.”

The groups expressed concern that the circumstances of his death indicate that “Culata was a victim of extrajudicial killing.” They criticized the Duterte government’s “war on drugs” by declaring that “killing is not an acceptable crime control” and warned that Culata’s death may have a “chilling effect” on workers, who may decide not to come home for Christmas in fear for their lives.

Such fears aren’t unjustified. Since Duterte took office on June 30, he has declared a “war on drugs,” resulting in an alarming surge in killings of alleged criminals. The most recent Philippine National Police data show that from July 1 to September 30, police killed an estimated 1,323 suspected “drug pushers and users,” nearly 20 times the 68 such police killings recorded between January 1 and June 15.

Police blame the killings on suspects who “resisted arrest and shot at police officers,” but refuse to investigate the deaths. The most recently released police data on killings by “unidentified gunmen” indicates that there have been 1,067 such killings of alleged drug dealers and users between July 1 and August 21.

Duterte has praised the killings as proof of the “success” of the anti-drug campaign and urged police to “seize the momentum.” The national police chief, Director General Ronald dela Rosa, has slammed calls for investigations as “legal harassment” and said it “dampens the morale” of officers. Duterte’s top judicial official, Solicitor-General Jose Calida, has defended the legality of the killings and said the number was “not enough.” In September, the Philippine Senate ousted the chair of the Senate committee on justice and human rights, Senator Leila de Lima, in an apparent reprisal for her inquiry into the killings.

Unless the Duterte government rethinks its abusive war on drugs, Filipinos living outside the Philippines won’t be much safer than those living in the country. – Rappler.com