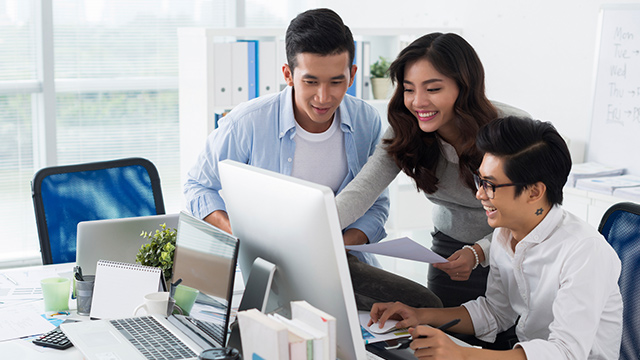 MANILA, Philippines – Who are Filipino millennials?

Early this year, Rappler launched a microsite and a special series to have a clearer picture and better sense of what this generation is all about. Among our key projects was an online survey that Rappler conducted among the Filipino youth aged 18-35.

From August 19 to October 1, 2016, we received 612 responses from millennials across Luzon, Visayas, and Mindanao, with the largest age subgroup being those in their late 20s (54%), and majority of respondents (53%) hailing from the National Capital Region.

The survey showed Filipino millennials’ outlook on their goals, career, finances, and advocacies.

In terms of attitude, the top 5 words respondents used to describe the Filipino millennials are “confident,” “driven,” “self-centered,” “ambitious,” and “passionate.” Other answers, such as “optimistic,” “independent,” “idealistic” or “positive,” appeared in less frequency but had similar meanings to the top responses. 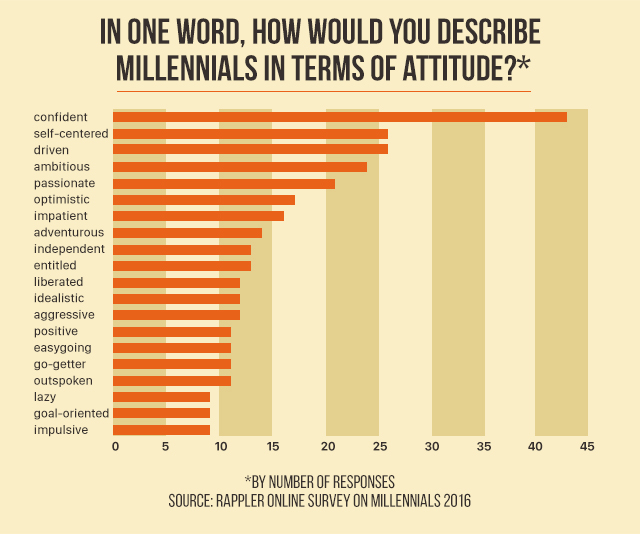 The responses mirror the results of a larger global survey on millennials conducted by the World Economic Forum, where 70% of respondents said that they see the world as full of opportunities, and 50% believe they can actively contribute to decision-making in their counties.

Career is a top priority

Filipino millennials naturally link their personal dreams with their careers. When asked to describe their goals, most respondents used the words “ambitious,” followed by “success,” “high,” “financial stability/money,” and “career.”

When asked to describe their priorities in one word, the top response was “career,” followed by “self,” “family,” and “studies.” Surprisingly, “confused” was the fifth most-used word to describe priorities.

When asked to choose which word best defines success for them, most respondents chose “following passion” (43.1%) over “financial independence” (37.9.%). 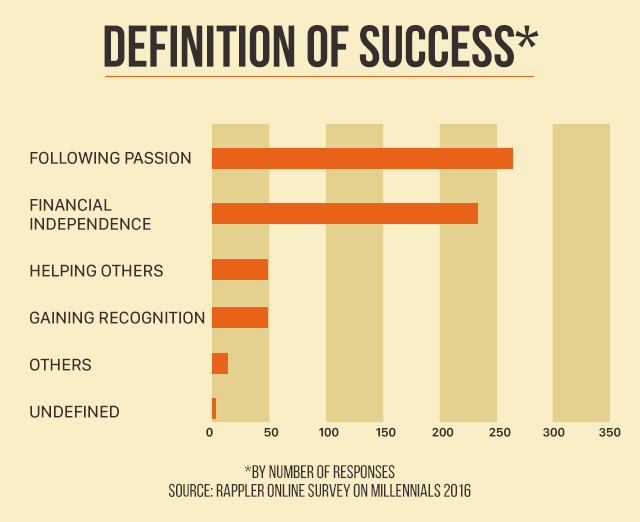 However, among respondents in their late 30s, majority (49%) chose financial independence as the definition of success over following passion.

It is interesting to note that for those who typed out their responses, success and fulfillment were defined as a combination of 2 or all of the choices. Others chose to define success through contentment, living in the moment, or achieving personal goals. 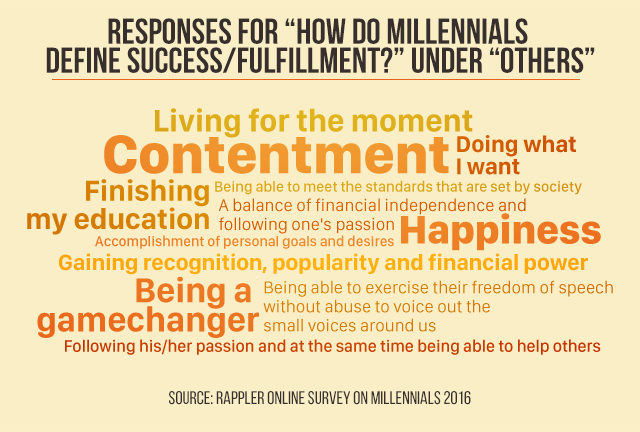 A recent worldwide survey conducted by Deloitte, which focused on millennials’ outlook on career and ambition, similarly highlighted how this generation prioritized personal fulfillment in the workforce. The survey indicated that most millennials are willing to leave their current job within the next two years if they feel that the company’s goals are not aligned with their own. They’re also more protective of their personal ambitions in their career.

Having career and finances as a top goal and priority does not dissuade Filipino millennials from marrying or having kids. Majority of the survey respondents believe that millennials still prefer to be married (62.4%) rather than to remain single (37.4%) in the future. At least 80% of respondents still also prefer to have kids in the future.

Saving up for travel 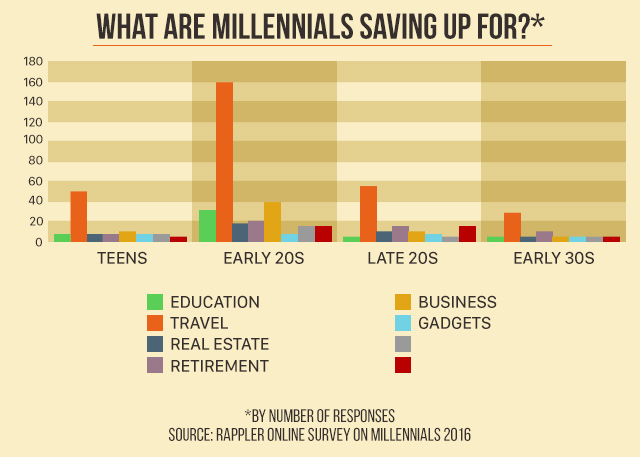 Among the different age groups, respondents in their early 20s were most inclined to choose travel as a saving priority (50.7%).

A generation of movers

When asked if they would involve themselves in projects for a social cause, majority of the respondents (83%) answered yes. Among those who said that they will participate in an advocacy, the top choice is environment, followed by poverty, LGBT rights, human rights, and social justice. (READ: Rappler Talk: Millennials, technology, advocacy) 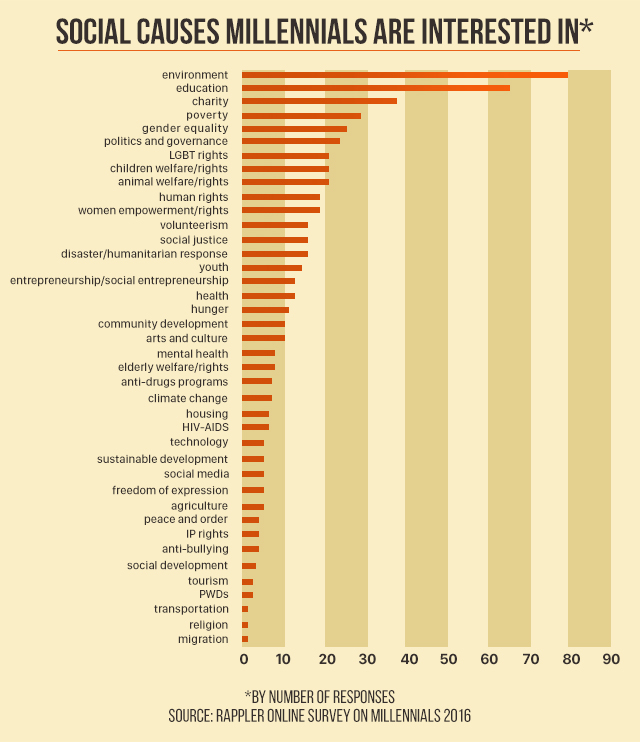 In a country where millennials make up 1/3 of the total population, it’s the Filipino youth who are dominating the workforce and affecting the direction of the economy. They are also game-changers and decision-makers in government, NGOs, and in the arts.

Tech-savvy and armed with a sense of confidence as well as a desire to push for innovation in every aspect of their life, this generation is tirelessly seeking solutions to everyday problems. In doing so, they’re inspiring others to move with them.

Last October 14, Rappler announced 14 finalists for the 2016 Move Awards – our effort to recognize Filipino millennials who are pushing for positive change in their communities. Meet these individuals and vote for them through the awards microsite. – Rappler.com

You can read more stories about millennials here.