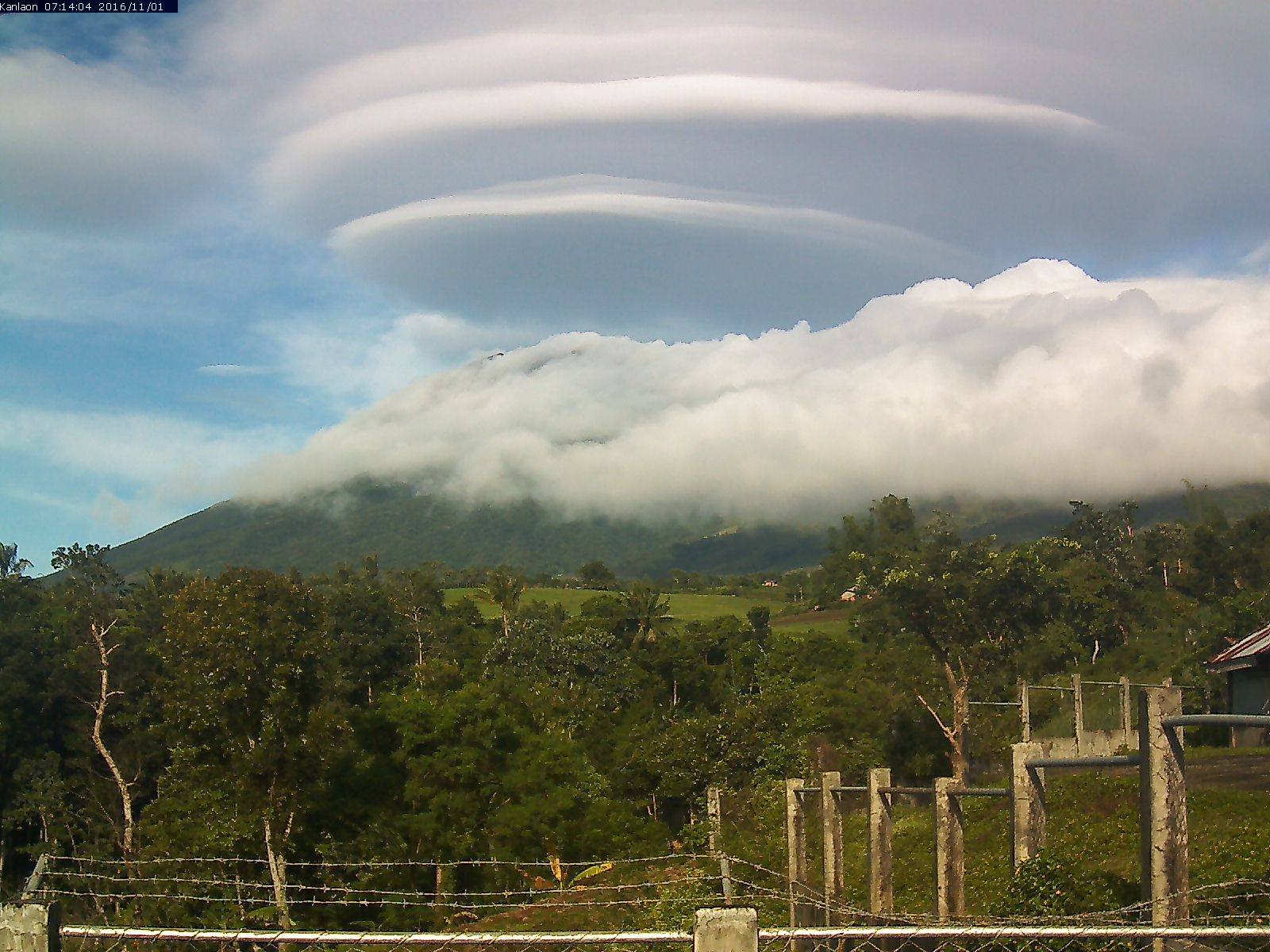 MANILA, Philippines – A photo of lens-shaped clouds that formed over Kanlaon Volcano rippled across social media after it was posted by the Philippine Institute of Volcanology and Seismology (Phivolcs) on Facebook on Tuesday, November 1.

Known as a lenticular cloud, it is usually formed on the downwind side of a mountain when stable, moist air flows over a mountain, creating a series of lens or smooth saucer-shaped clouds, often mistaken for unidentified flying objects (UFOs).

The post has gotten more than 2,000 reactions and has been shared hundreds of times as of posting.

Kanlaon is an active stratovolcano in the island of Negros. Its most recent eruption was on June 18, 2016, when alert level one was raised. – Rappler.com