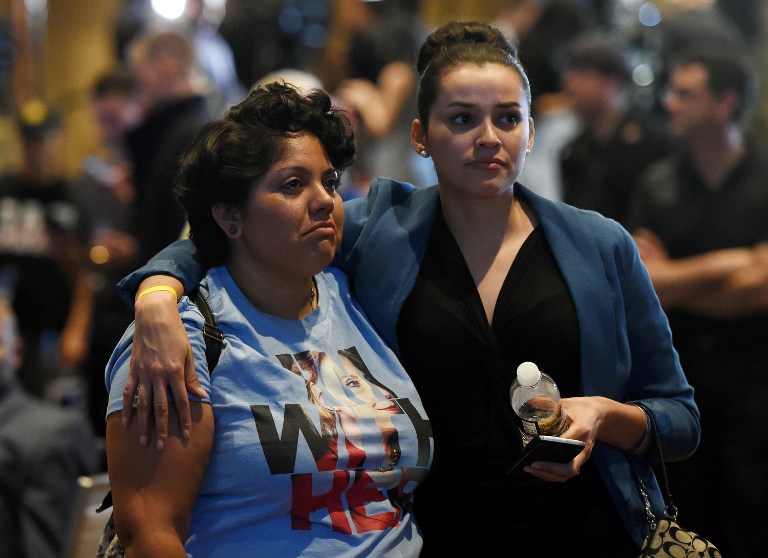 LAS VEGAS, USA – It was 8 o’clock Pacific time before the Nevada Democratic Party’s Election Night gathering at Aria Las Vegas on Tuesday night, November 8 opened its doors. But as results came across the screen from the east coast voting, the party seemed over before it even began.

It seemed a safe enough bet that the Democrats’ gathering would be the hottest on the strip that night, with Nevada being carried twice by Barack Obama in 2008 and 2012 by large margins and virtually all polls assuring that Hillary Clinton would become the first female president of the United States.

Yet by the time the convention center’s doors opened, Florida, North Carolina and Ohio – all swing states with double-digit electoral votes, had fallen into the hands of Donald Trump, the Republican Party nominee. With traditionally blue states like Michigan and Wisconsin deadlocked and Clinton’s path to 270 electoral votes beginning to slim, the mood turned somber and the reality of their doomsday scenario coming true began to set in.

Trump, a first-time politician who ran on a platform of mass deportations of undocumented immigrants and a “complete shutdown of Muslims entering the United States” for an indeterminate amount of time, was the embodiment of everything which threatened their vision of the American dream. For each step Obama had taken society forward with his embrace of LGBT and immigrant rights, Trump’s outline offered two steps in retreat.

“This is just like 2012,” said one man in front of the television in his most hopeful tone. “At 8 pm it was looking like Mitt Romney would win and then at 9:30, boom! Obama wins a landslide.” Brave faces turned to resignation when Pennsylvania fell.

Tears were shed, drinks spilled and fear spread of overnight repeals of every gain accomplished by Obama.

“Everything, down the drain,” said one frustrated Democrat, as word of an impending Trump presidency matched with a GOP controlled House of Representatives and Senate spread. 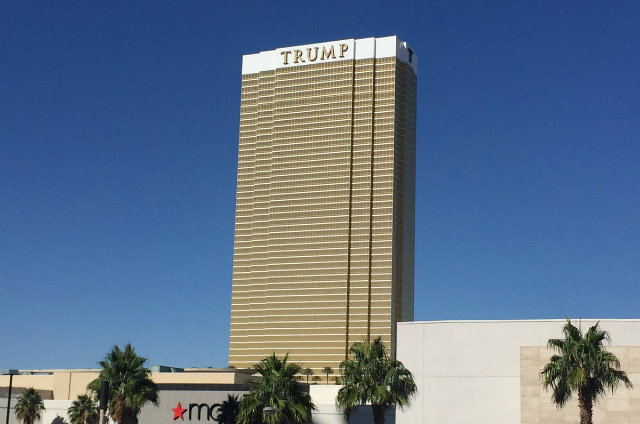 Gregory Cendana, executive director for Asian Pacific American Labor Alliance (APALA), was one of several Filipino-American union workers in attendance who had spent months encouraging voter registration in Asian-American communities and canvassing votes in battleground states of North Carolina, Pennsylvania and North Carolina. The night’s events had a sobering effect.

“A Trump presidency would mean that the things that we care about…pathway to citizenship, fighting for immigration reform, healthcare, education, those things won’t be prioritized in a Trump presidency and I have a hard time believing that people like us, Filipino-Americans, Asian-Americans and Pacific Islanders, people of color, immigrants, are gonna be as represented in his administration.”

“I think what it means for us is a very scary future,” says Johanna Hester, a Filipino-American raised in Las Pinas and national president of APALA. “He campaigned on a platform of hate, and a platform that talked about people, women, black people, Mexicans. He talked about every single person except white people in America. I’m just very worried that a bunch of racists and xenophobes are gonna be running this country.”

The night went as well as the Nevada Democrats could control, with the state being called quickly for Clinton and Catherine Cortez Masto, the Democrats’  bet to replace the retiring Harry Reid in the US Senate, taking control of the race shortly after results started coming in.

The day brought to a close an election cycle as divisive as any in recent American history. At one polling location in nearby Henderson, two African-American males rolled up to Liberty High School to vote while blasting a hip hop song from their car which continued the repetitive hook “F—k Donald Trump!”, while another white male complained that he had difficulty voting due to a change of address while alleging that undocumented immigrants were voting without any identification.

Fear eventually gave way to resilience among this crowd, and the realization that America, for all its flaws, remains the democratic model all other governments for the people aspire to.

With the night a downer, Senator-elect Masto took to the stage to rally supporters to remind them that the will of the people supersedes that of any one man.

“America was built on a system of checks and balances. I promise you this: I will put one hell of a check and balance on [Trump],” said Masto, the first Latina senator in US history, to rapturous applause.

And, just as Obama assured, the sun did rise that following morning. – Rappler.com