#InspireCourage: The education of Daniel Cabrera 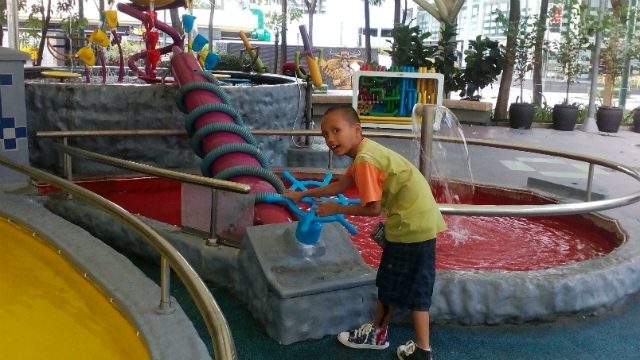 Facebook Twitter Copy URL
Copied
Ever since a photo of Daniel studying on a sidewalk went viral, his life has changed. He now has a scholarship and his family now has a place to call home.

CEBU CITY, Philippines – Last year, 9-year-old Daniel Cabrera became an Internet sensation when he was photographed by a netizen while studying on a sidewalk to use the light of a fast food chain in Cebu. The photo caught the public’s heart and he became a symbol for Philippine education.

Ever since that day, Daniel’s life has changed. He received attention from national and international media – spreading his story of determination and inspiring people to help him in ways his family did not imagine.

Now, the young boy is already 11, living a much better life. Daniel is currently in the 4th grade at Subangdaku Elementary School. He and his family no longer live in the streets of Cebu. They now have a house and a reliable source of income.

How his life changed

After the photo went viral, Daniel and his family received a steady stream of assistance from people who were moved by his dedication. A crowdfunding campaign headed by Rappler’s civic engagement arm, MovePH, was able to raise enough amount for them to move to a new home through the assistance of Dilaab Foundation, a local church-based group.

Daniel’s mother, Maria Christina Espinosa, 42, said she is thankful to the people who helped her son.

Among others, Daniel received a scholarship from McDonald’s in Cebu, which would cover his studies until the 12th grade. This includes a monthly allowance and his school supplies.

As part of the scholarship grant, Daniel needs to maintain an average of 80% in all his subjects.

Daniel dreams of becoming a policeman someday. When Mandaue City police found out about this, they raised funds for Daniel to enable him to study criminology in college. Meanwhile, Espinosa used some of the donations given to the family to start a small business. She recently finished a course under the Technical Education and Skills Development Authority (TESDA).

On Friday, November 11, Daniel and his mom went to Manila to attend Rappler’s Move Awards and #InspireCourage launch.

During the event, he was introduced by Rappler CEO Maria Ressa as a living example of courage. His story – of how a young boy who grew up in poverty values his education – continued to inspire as he earned the admiration of everyone present.

Daniel and his mother again thanked the people who helped them financially.

“Nagpasalamat ko sa mga tao nga nitabang namo. Sa mga ni-sponsor namo, salamat kayo,” Daniel said. (I thank those who help us. To those who sponsored us, thank you very much.)

Espinosa thanked Rappler, saying she was overwhelmed to be invited to the event. She said she did not expect that they would be introduced and recognized in front of a crowd.

On Saturday, November 12, Daniel and his mom were taken to the Mind Museum, where the young boy enjoyed the booths and exhibits.

“Nalingaw ko sa museum. Ganahan kayo ko sa kadtong salog nga piano. Kung mutamak ka kay mutingog,” Daniel said. (I really like the museum. My favorite is the floor with piano keys that produced sounds whenever I stepped on them.)

Daniel took a lot of photos and said he had a really great experience during his tour.

Because of the support his family has received, Daniel promised to study harder and to do his best to fulfill his dreams.

“Promise nako nga magtarong gyod ko sa akong pag-eskwela,” the boy said. (I promise I will do great in my studies.) Espinosa described her son as a very diligent student who goes to school at all costs, even when he’s not feeling well.

“He is improving because he is willing to learn. He always wants to be called during class. He has the right attitude to be a leader,” Rivera said.

The young boy proves that just one viral photo on social media, coupled with dedication and hard work, can change people’s lives for the better.