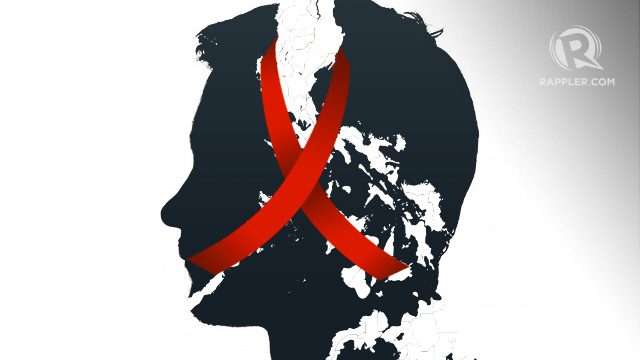 Facebook Twitter Copy URL
Copied
'I was very confident that I would not have HIV because I thought there was no HIV here in Cebu City. When I was handed the HIV-positive result, it was really difficult.'

MANILA, Philippines – Jerson See figured out he liked dating boys when he was 12 years old. By the time he entered college in Cebu City in the Philippines he had an active social life of clubs, parties and of course sex.

“I was very sexually active during that time,” recalled Jerson.”I usually found partners through social media. It was very easy because I could go online and find someone right away.”

When he was 18 years old, he felt run down and ended up in the hospital every month. Finally, his doctor advised him to take an HIV test. (READ: Infographic: Why you should get an HIV test)

“I was very confident that I would not have HIV because I thought there was no HIV here in Cebu City,’” said Jerson.” When I was handed the HIV-positive result, it was really difficult.”

Those early days of his diagnosis were dark and full of desperate thoughts.

“I thought I was going to die in 5 years. I almost committed suicide because I did not know what to do,” said Jerson.

UNAIDS finds that every two minutes a young person 15-19 years old is infected with HIV around the world. There were 600, 000 young people living with HIV in the Asia-Pacific region in 2015.

There are signs that an increasingly younger group of gay men are becoming vulnerable to HIV in some urban areas of Southeast Asia. Mobile apps have made finding dates even easier for gay men. Behavioral surveys have found that 80% of men who have sex with men surveyed in 35 cities in the Philippines were members of social networking sites and nearly 40% had found sex partners through the sites.

“We have noticed an incease in younger men who are having sex with men who are using social media to get sex partners,” said Dr Ilya Tac-An, STD/AIDS Detection Unit, Cebu City Health Department.

Compared to their older counterparts, younger men are less likely to use condoms.

“When I was a teenager, I did not usually use condoms because I was too shy to buy them in the pharmacy and they were also quite expensive,”  said Jerson.

In most countries in Asia-Pacific, minors under the age of 18 cannot access HIV testing and other services without parental consent. In the Philippines, many HIV clinics are set up to cater to the needs of female sex workers, who have been the primary focus of HIV prevention efforts.

“Men who have sex with men will not come to the social hygiene clinics because most of our staff are female and they are not that young.” said Dr Ilya.

HIV prevention and treatment services are still playing catch-up to the virus and are struggling to adapt to the needs of young people. The UNAIDS Get on the Fast-Track: the life-cycle approach to HIV report points to the high numbers of AIDS-related deaths among adolescents around the world. It outlines the critical need to reach key populations with HIV prevention and treatment that meet their specific needs.

In 2009, Jerson founded Cebu Plus Association which provides HIV and community support services to young key populations including men who have sex with men. The organization has partnered with the city health department and its male sexual health clinic is located inside the government facility.

It also deploys mobile testing vans to hot spots around the city to provide HIV counselling and testing and if people test positive, they are linked to HIV clinics. Most of the 30 staff members are young people.

“I know how hard it is to be a young person and to be infected with HIV,” said Jerson.

The organization conducts outreach though mobile applications by sending out HIV awareness messages and encouraging people to come in for a free HIV test.

One young gay man who was approached by an online peer counsellor and came to Cebu Plus for a test had this to say,” The services of Cebu Plus are very great. The staff is very approachable and friendly, especially my HIV counselor.”

Since 2013, Cebu Plus says it has provided HIV tests to more than 6500 men who have sex with men and transgender people. City health experts find the organization has helped increase HIV testing especially among people at high risk.

“We have noticed that most of the people who come to Cebu Plus have risky behavior because many turn out to be HIV positive,” said Dr Ilya.

For Jerson, life has turned around and he gets satisfaction from helping other young people navigate the challenges that HIV can throw in the way.

“I’m just here to help people. All you need to be successful is to have the right heart to help people” said Jerson. – Rappler.com