After an earthquake, what should house, building owners do next? 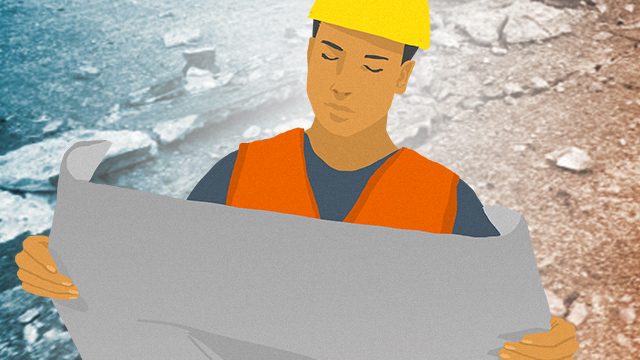 Facebook Twitter Copy URL
Copied
Experts say that aftershocks are still possible weeks, even months, after a major earthquake. How can we prepare for them?

MANILA, Philippines – Following the magnitude 6.7 earthquake that hit Surigao City on February 10, more than 500 houses were reported to be damaged.

Cesar Pabalan, national director of the Philippine Institute of Civil Engineers and former president of the Association of Structural Engineers of the Philippines, said in a phone interview with Rappler that most of the establishments that suffered damage from the quake were 3- to 5-story commercial buildings.

Among the reasons why these were the ones heavily damaged was because they were made of substandard materials, he added. (READ: Part 1: Can your house withstand major earthquakes?)

(It’s a matter of construction procedure, based on what we’ve seen. Just like at one commercial center here… we were informed that the contractor, the concrete used was pulverized, so the materials used were substandard.)

(We were at the Surigao State College of Technology, and its old building which is 2 to 3 stories had cracks. It was not built properly. For the 5-story building, I think, there were some construction procedures that were not followed.)

With aftershocks still possible weeks after an earthquake, what should building and house owners do next? Pabalan advises house and building owners to inspect structures for minor damage, like cracks on walls and under beams, as these can still be fixed. Damaged flooring can be fixed through replastering, he added.

Owners should also check their appliances and furniture to ensure that these will not fall or come crashing down if a strong aftershock occurs. (READ: #EarthquakePH: What to do during aftershocks)

(They know that there are aftershocks. Furniture which might topple over inside the house – they would hear it – should already be removed so they won’t fall. Ceiling fans, for example, might fall from the ceiling because of the shaking.)

This was also emphasized by Philippine Institute of Volcanology and Seismology (Phivolcs) Director Renato Solidum, who said that “even those things that are not structural in terms of the building should also be made well so that people are not affected by falling debris.”

Solidum also advised residents to have their homes checked by engineers.

“Coordinate with city or municipal engineers, but we know that there are not enough engineers. The national government offices – regional and our provinces nearby – can help inspect, together with the professional civil engineering society, like the Philippine Institute of Civil Engineers and the Association of Structural Engineers of the Philippines. Of course, there are university professors and students who can also help assess,” he said.

“The priority would be the hospitals, schools, offices, and critical facilities… If there are visible signs or effects, then they should consult the engineer. If none, then they’re okay,” he added.

Pabalan also said that if a structure sustained very little or no damage from a major earthquake, then the owner can be sure it is safe from possible aftershocks. 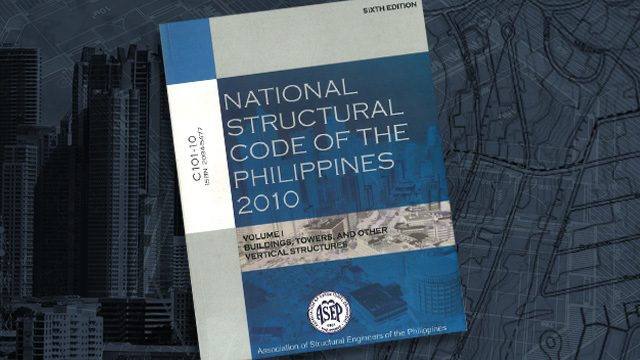 Solidum also called on the public to use the “How safe is my house?” tool that Phivolcs developed – a 12-point questionnaire homeowners can use to assess the earthquake readiness of their house.

One way to prepare is to ensure that the National Building Code of the Philippines is strictly followed.

“It does not say that your house or your building will not suffer any damage. And the reason why the Code specifies that the building or house should not collapse is that so people can get out after the shaking,” Solidum said.

While there are engineers and local officials who look into these things, the Phivolcs chief emphasized that it is also important for house and building owners to cooperate.

“I think it’s time for us to realize that it would be the engineers and the owners of the houses and buildings that should also be responsible for that. So, I think, to at least make sure that we are protected, house owners and engineers should always make sure that they use the right materials, the right design, and the right workmanship,” Solidum said. – with reports from Voltaire Tupaz / Rappler.com