WATCH: Do you agree that ‘change is here?’

Jul 26, 2017 10:50 PM PHT
Rappler.com
Facebook Twitter Copy URL
Copied
Change, the key promise of President Rodrigo Duterte in 2016, remains elusive to many, but others concede things have invariably been altered. For better, or for worse? 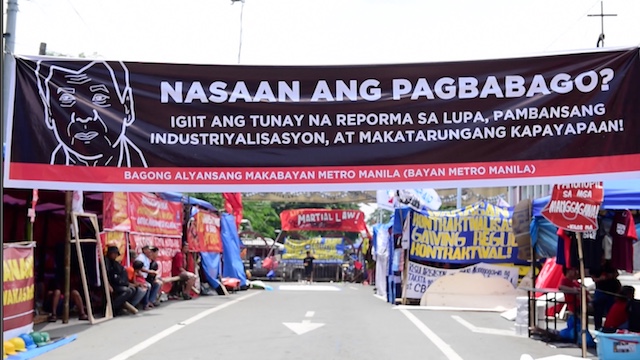 MANILA, Philippines – We took a quick poll of people on Taft Avenue and asked the question, do you agree that “change is here?”

University professor Ron Resurrecion says, “The most significant, what is striking for me, is that there are quick changes. Well, both positive and negative. ”

He adds, “He delivered on his promises, but the quick changes might also mean impulsive changes.”

He sums it up, “I like the idea of eliminating drugs. Good intentions but the methods may need improvement.”

Student Georgia Chan says, “Hopefully in the years to come and the remainder of his term he’ll be able to stick to his ‘Change is Coming’ but in a more positive way.”

Vendor Roden Hayag says crime is down but some policies adversely affected his livelihood, such as the ban on smoking in public places.