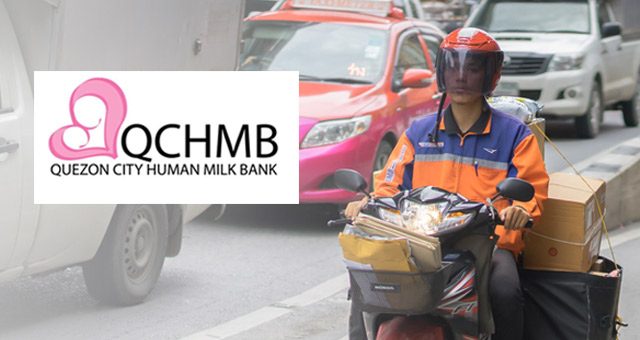 MANILA, Philippines – The Quezon City Human Milk Bank (QCHMB) saved 165 infants from malnutrition and other health complications through 90 liters of breast milk collected as of July this year.

The “mother- and baby-friendly” city opened its first human milk bank back in April 2015.

The aim of the project is to share breast milk to mothers with premature or undernourished babies, as part of the city’s policy on child and maternal health.

Aside from direct donations, the Quezon City government now uses motorcycles to pick up and deliver breast milk from lactating mothers to the QCHMB.

The QCHMB is located at the Quezon City General Hospital, where milk-letting activities are being held.

According to the World Health Organization (WHO), breast milk does wonders for the health of a child, especially during the first 6 months.

Mothers choose to use milk formulas due to various reasons such as time constraints and inability to produce breast milk.

According to studies, malnutrition in the Philippines can be partly attributed to the breastfeeding situation in the country.

The National Government Center (NGC) lying-in clinic at the MRB Compound in Pilot Drive, Barangay Commonwealth, is the latest facility designated as a milk-letting station, aside from the other 7 lying-ins where mothers can donate their milk.

As of now, there are 600 active members of breastfeeding support groups in 65 health centers.

There are also other milk banks all over the country. Donations are highly appreciated. – Rappler.com