Oct 12, 2017 1:14 PM PHT
Rappler.com
Facebook Twitter Copy URL
Copied
In what is becoming a daily fare, the MRT-3 experienced 20 glitches in less than a week – mostly during the rush hours 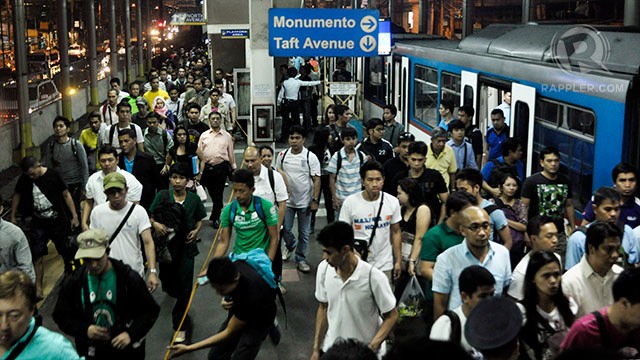 MANILA, Philippines – The Metro Rail Transit Line 3, which cuts through Edsa, experienced another “technical problem” and was forced to unload passengers at its Ortigas Station 8:26 am, Thursday, October 12.

The Department of Transportation (DOTr)-MRT Yellow website said that the train was “removed without replacement or experienced cancellation of loops and insertion.”

A report for GMA News showed a video of passengers disembarking the train:

In less than a week, the MRT-3 has experienced 20 glitches, mostly during the rush hours. – Rappler.com