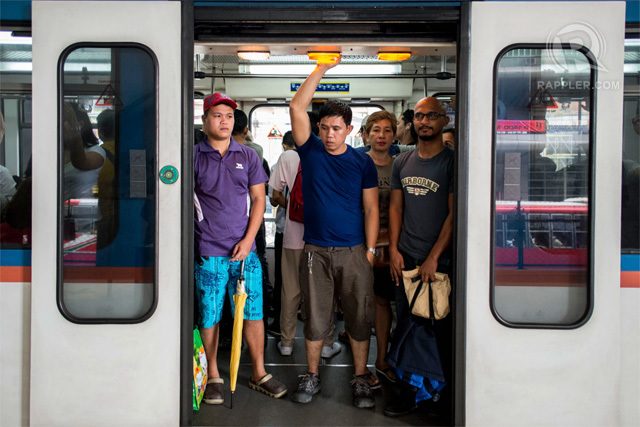 MANILA, Philippines – A Metro Rail Transit Line 3 (MRT-3) train unloaded passengers after smoke was found in one of its coaches on Sunday, November 5, the latest incident involving the beleaguered rail line.

A northbound MRT train stopped in front of Mega Q-Mart in Quezon City after passengers reported smelling and seeing dark smoke in one of its coaches.

Transportation Undersecretary for Railways Cesar Chavez said passengers were evacuated from the Cubao to Kamuning train around 10:14 am on Sunday.

Passengers were immediately offloaded and walked along the rails back to Cubao station.

Chavez added that the defective train immediately resumed operations around 11:10. “Provisional service lifted at 11:12am,” he added.

This is not the first time MRT 3 stopped operations due to smoke or fire-related glitches this year. Late in September 2017, a passenger seat inside one of the MRT-3 trains caught fire, forcing the train to stop operations and unload passengers. – Rappler.com